What to Wear: Newfoundland and Labrador Folk Festival 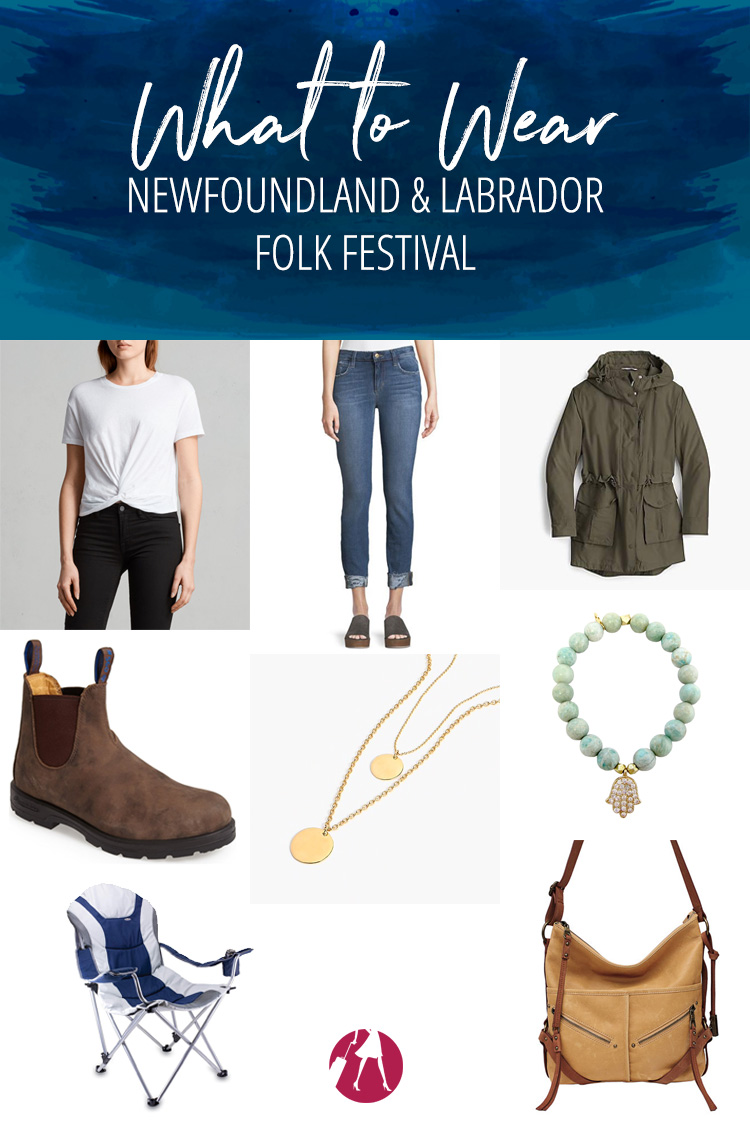 Without a doubt, one of the other staples of any St. Johns’ summer is the annual Newfoundland and Labrador Folk Festival. It typically follows on the heels of the George Street Festival, but it couldn’t be more different. The folk festival takes place in Bannerman Park over the first full weekend in August and features workshops, panel talks, and lots of and lots of folk music.

While the George Street Festival is a loud, beer-fueled party, the Folk Festival is a quieter music appreciator’s event. There’s dancing but no mosh pit. You don’t have to worry about your toes here. Most people bring their own camp chair, arrive early, and enjoy all of the main stage acts each night. It’s definitely a more relaxed and casual vibe than other festivals. And unlike the George Street Festival most of the grounds are all-ages so you’ll see a lot of families taking part.

Of course, if you want an adult beverage, there’s always the beer tent where, this year, Quidi Vidi released a special Folk Festival pale ale. My next-door neighbour even designed the seagull on the cans. 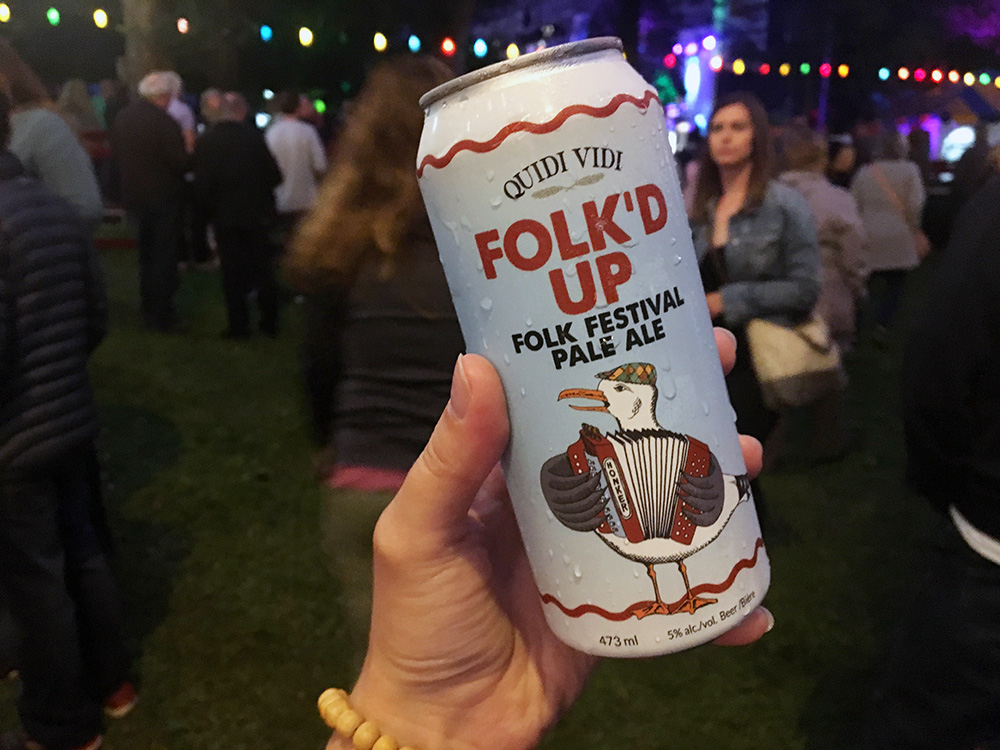 If you want to fit in with the local St. John’s crowd, then the perfect shoe for the Folk Festival is a Blundstone boot. They sell so many of them in this small market that Blundstone HQ actually had to double check sales numbers to make sure it wasn’t a mistake. People who own them swear by them as the perfect all-season boot and you’ll find them on more than a few feet at Bannerman Park.

You May Also Be Interested In:
How to Make the Most of the Newfoundland & Labrador Folk Festival
Article Continues

There’s something about the folk festival that seems to attract a bit of rain most years but that typically doesn’t stop anyone so a water resistant jacket with a hood is your best bet. Newfoundland nights, even in the middle of summer, tend to be cool so you’ll be happy for that extra layer.

Overall, the general rule of thumb for planning the perfect Folk Festival outfit is to keep it comfy and casual. For the evening sessions I recommend long pants over dresses or shorts since people aren’t packed in, you don’t get that body heat factor to mitigate the cooler temps. 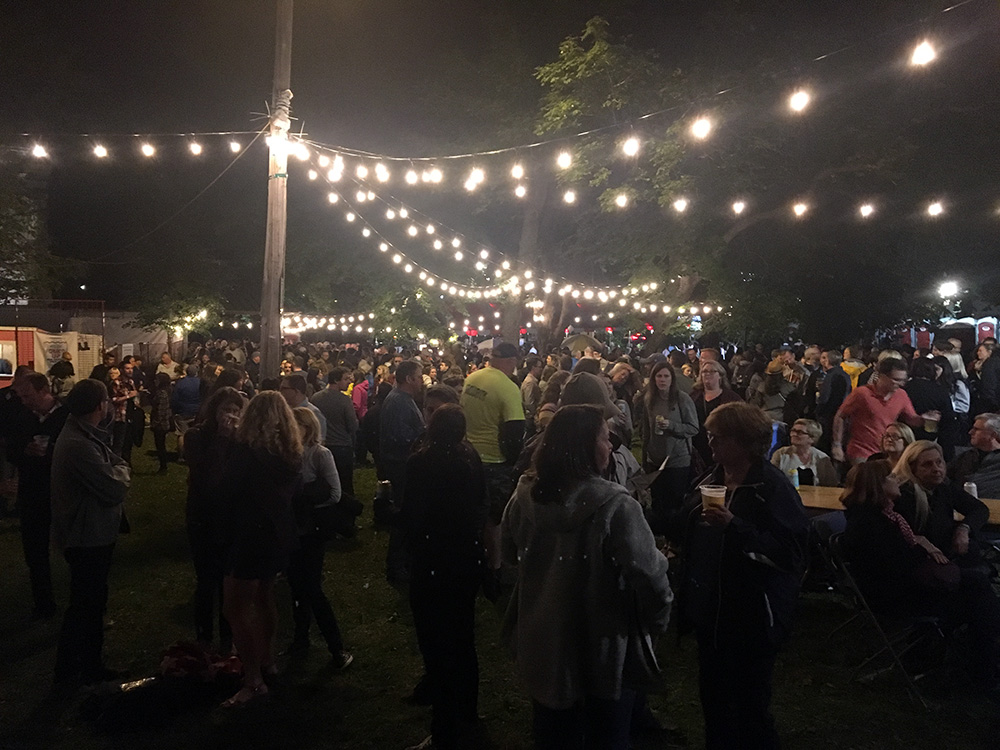 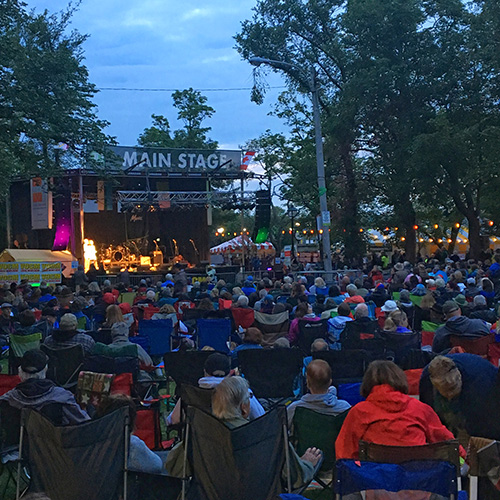 I’ve always said that the last part of July and the first part of August is the best time to visit Newfoundland and Labrador and the Folk Festival is a big reason why. You should definitely put it on your Newfoundland bucket list.

Have you ever been to the Newfoundland and Labrador Folk Festival?