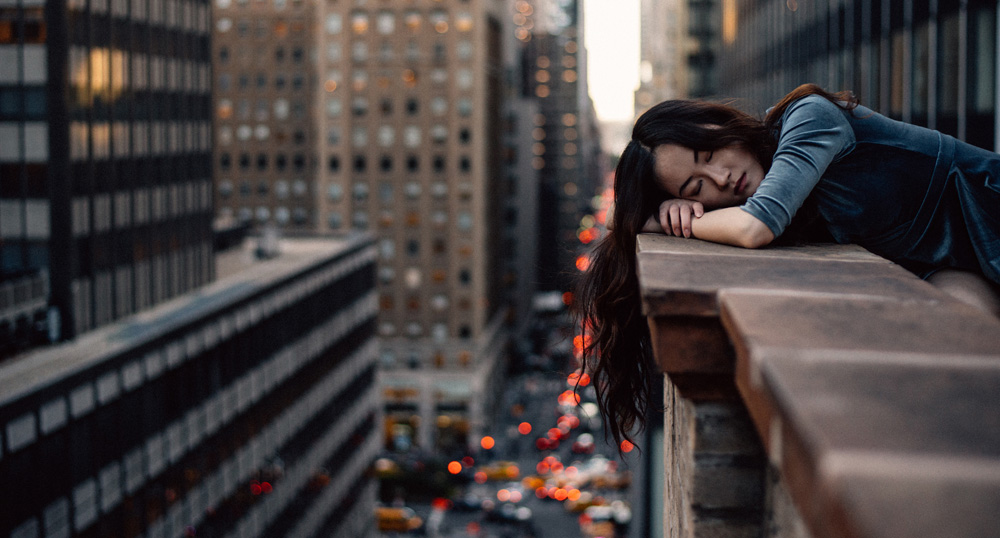 Jet lag. It sucks, right? As frequent travellers we’ll try almost anything to avoid the energy sucking, insomnia-inducing, disorienting effects of it. I’ve tried sunlight/darkness, melatonin, changing my diet, and sheer will, determination, and caffeine to get my body on the right clock when I travel, with varying degrees of success.

I’m pretty much resigned to the fact that a 12-hour shift is always going to wreck me for about almost a week, but what about shorter jumps? Say, under six hours? Or more specifically, three and a half hours?

Would you try something unusual?

You’ve probably already heard most of the typical jet lag advice: expose yourself to sunlight at your destination, don’t take long daytime naps, etc. If that doesn’t work for you, would you consider something unconventional? I had just booked my flight to London when I had a random thought… what if floating relieved jet lag?

Floating is slowly gaining popularity among the healthy living set. Regular, everyday people float on the regular. Some people call it a sensory deprivation chamber or an isolation tank and, while those are both accurate, float tank is a much more accessible term for most people. You can read all about my first time floating, but in short, you get yourself into a deep bath of super salty water in which you float effortlessly. If you feel inclined, you can turn off the lights, close the lid and be in your own little cocoon. After one session I was a convert. 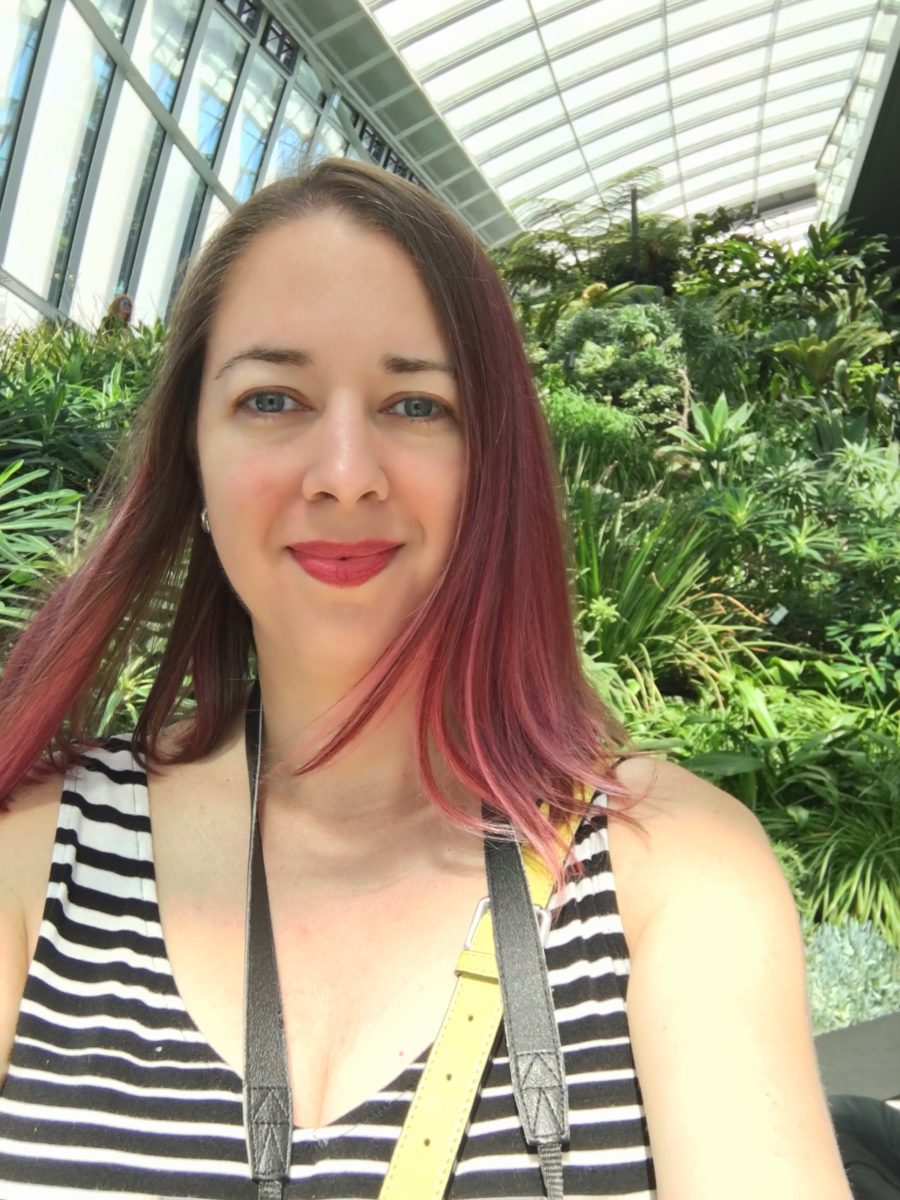 Bright eyed and bushy-tailed in SkyGarden after a float session with Floatworks in London.

I know that after the single float session I had in Montreal a couple years ago, I felt well rested and energetic. My feet felt a bit lighter. Colours seemed a bit brighter. A trans-Atlantic red-eye flight always leaves me feeling the opposite of that so I knew I would be in a prime state to test if floating could help me bounce back and fend off jet lag. I partnered with Floatworks in Vauxhall to test out my theory, booking a one hour session as my first activity after landing.

Unfortunately, due to a malfunction with one of their tanks, I had to reschedule my float for the last day of my trip instead, but I still maintain the idea that a float session can fight jet lag. Think of floating like condensed sleep. It’s been said that a one hour float session can be the equivalent of a few hours of sleep. By removing all external stimulation, you’re hitting the reset button on your body. Your brain can switch into producing theta waves, which it also does right before you fall asleep and wake up. It’s a weird and trippy, but also restorative, feeling.

Tip: Book an early morning float session so that you’ll feel the affects all day and still be ready to sleep at night.

Floatworks is located just across the street from the Vauxhall tube station so it’s easy to get to, just don’t follow Google Maps directions like I did or you’ll end up in the car park. If you get lost in the complex, just give them a call and they’ll come collect you. They open at 7:30am and I recommend booking one of the first sessions. It really is the best way to start your day.

Float away your jet lag 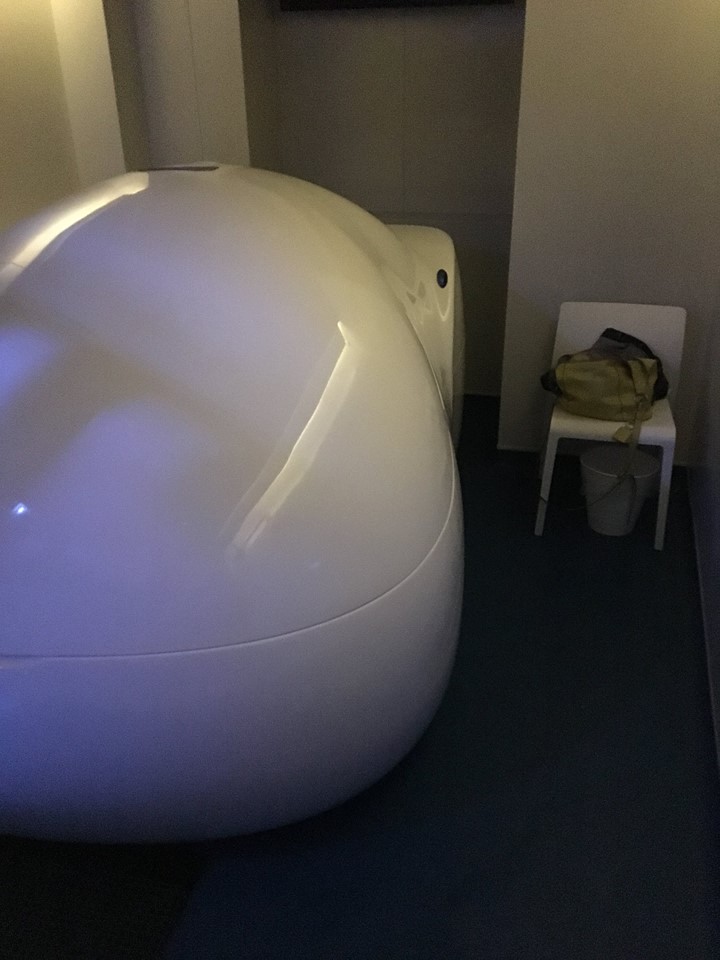 The closed pod at Floatworks. You can leave it a bit open if you’d rather.

You’ll be shown to a dimly lit private room with a shower and float tank and given the rundown of how the hour will play out. Shower first. Get in the tank. Close the lid if you like. Don’t worry, it lifts easily from inside. One big button in the tank operates the in-tank light, the other is a help button that will bring a staff member to your door. Towels, shampoo, soap, and ear plugs are provided. You’ll want that last item, trust me. Salt in the ears is a pain to get out. Otherwise, relax all your muscles, float, and let your mind wander as it will. Sleep, if you feel inclined – you can’t sink or roll over. With five minutes left, soft music will start to play so that you can slowly bring yourself back to awareness.

After showering the salt off and getting dressed, you can make use of their Hollywood room to dry your hair (FYI: swim caps do not keep your hair dry and salt leaches colour, so don’t do this if you have freshly dyed hair), though you’ll need to bring your own comb/brush. Then you can finish your session in their Chill Out room, sipping a cup of tea and reading magazines until you’re ready to face the world again. All in all, allocate two hours for a jet lag busting float session.

So next time you find yourself in London after jumping time zones, book a session at Floatworks and let me know if it helped you kick jet lag’s ass.