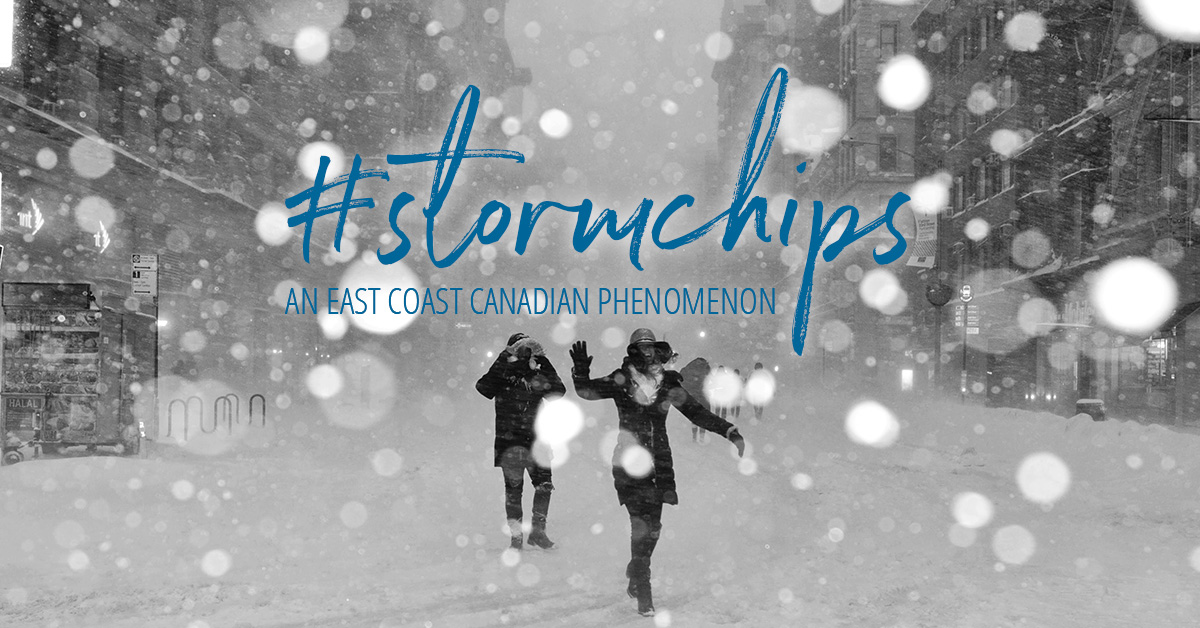 The snow is blowing sideways. Icy little pellets that would sting your face if you were to venture out into it. The roads are eerily quiet with only the odd foolhardy cab attempting to get around in the weather. My street hasn’t seen a plow yet and likely won’t for hours. I’m cozy in my house wearing fleecy pjs that make me feel like a giant teddy bear. I have a beer on the go that will help add to the warm feeling. But I’m missing one thing.

What are Storm Chips?

Storm chips are a weird Atlantic Canadian phenomenon. If there’s a storm in the forecast you best stock up on potato chips. Those are your storm chips. There’s something about a snowstorm that makes a person snacky here. Being housebound means normal rules don’t apply. Treat yo’self.

Milk, eggs, bread… these are staples that we know will see us through any kind of inclement weather but when the forecast is threatening to isolate us in our houses for who knows how long a kind of last-meal mentality takes hold and we find ourselves standing in the chip aisle, shopping like a teenage boy who’s taken one too many hits from a bong.

It’s become such a phenomenon here in St. John’s that store shelves routinely empty out of everything from BBQ to ketchup to sour cream ‘n onion. The lightly salted being the last chip to find a forever home. Oddly enough, Doritos don’t seem to count as #stormchips. They’re always left behind. Are nachos even #stormchips? Is a hot dog a sandwich? Discuss.

Winter storms on the east coast are no joke. With winds topping 100km/h and dumpings of more than a foot of snow not being uncommon, if we didn’t have a sense of humour about it I’m not sure how we’d get through the long winter months. What started as a bit of a throwaway tweet now brings us together. Talking about your storm chips brings a sense of belonging. We’re all weathering out the storm together. We’re all getting our storm chips. 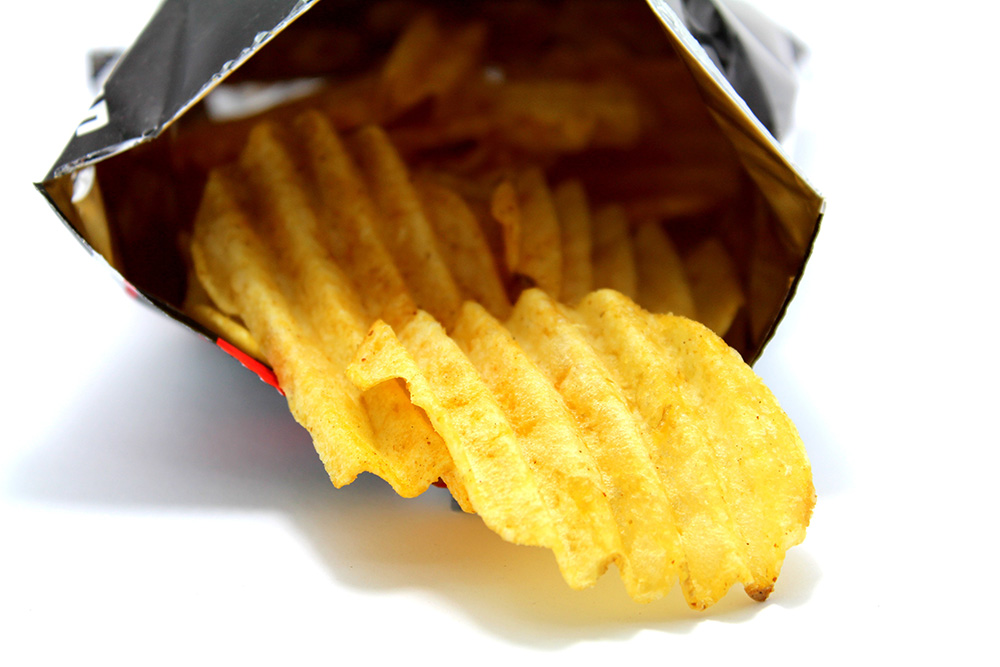 How Did the #stormchips Hashtag Start?

It all started with Stephanie Domet in 2014, who hosted the Mainstreet Halifax program at CBC Radio One. She casually mentioned to a colleague on air about picking up chips and dip before an impending blizzard. A chat followed about how similar snack plans were being made in his household. She later tweeted a photo of her newly acquired storm snacks and the hashtag #stormchips was born. The Halifax twitterati latched onto the hashtag and it spread from there.

In 2015, in a moment of life imitating art, New Brunswick snack company, Covered Bridge, doubled down on the social media trend and came out with a chip flavour called Storm Chips. Well, four flavours to be honest. They mixed together barbecue, ketchup, dill, and sea salt and vinegar chips in a winter themed bag and waited for the storms. As you can imagine, they were a big hit. I admit, I totally bought some just so that I could post a photo to social media. #forthegram Has there ever been a snack food before that started life off as a tweet?

Do you have any snowstorm traditions? Do you find that bad weather leads to you stockpiling snacks? I’d love to hear about it! 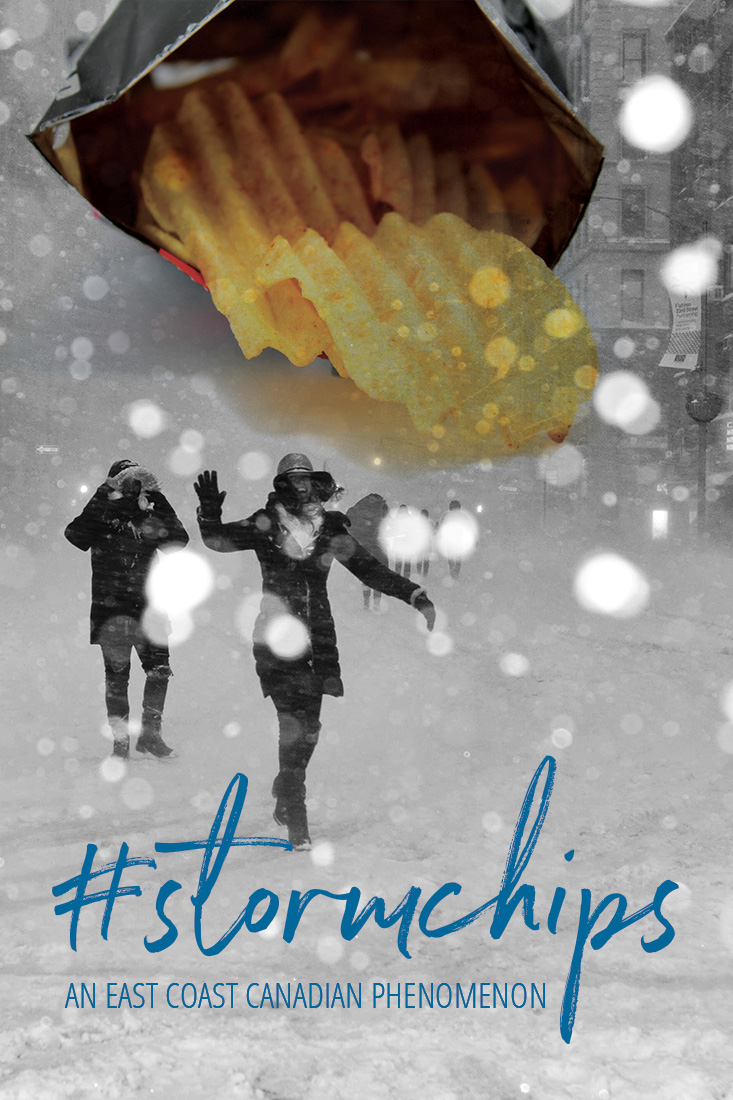