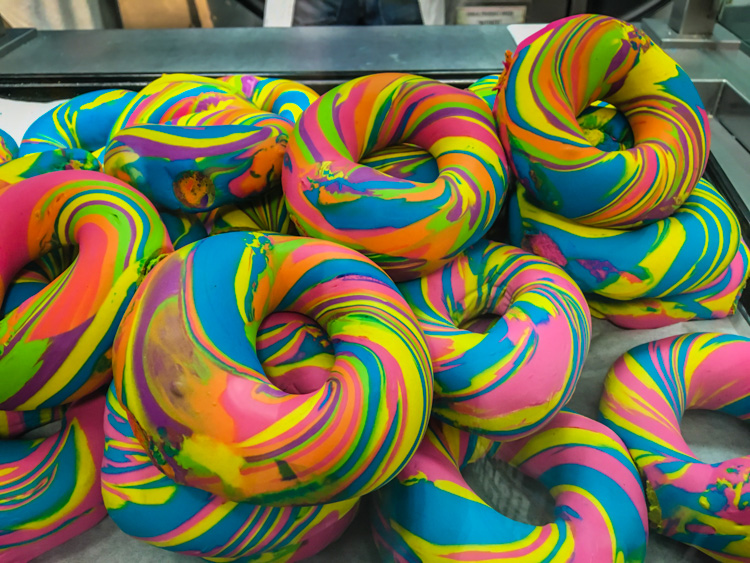 Earlier this year brightly coloured bagels started blowing up on the internet. A video by Business Insider showing the labour intensive process of creating these multi-coloured treats went viral. I started seeing them all over Facebook and Instagram. What unicorn magic was this? I must have.

The candy coloured carbs are the creation of bagel master Scott Rossillo from The Bagel Store in Williamsburg, Brooklyn. Sections of dough are tinted with a fuck ton of food coloring and then sheets are layered and twisted together to give you the rainbow bagel. Everything is done by hand by Rossillo and one other baker. What’s crazy is that they’ve actually been doing this for 20 years, but the world has only just recently noticed.

Knowing that I was spending some time in NYC after my Nicaragua trip, rainbow bagels were a must. 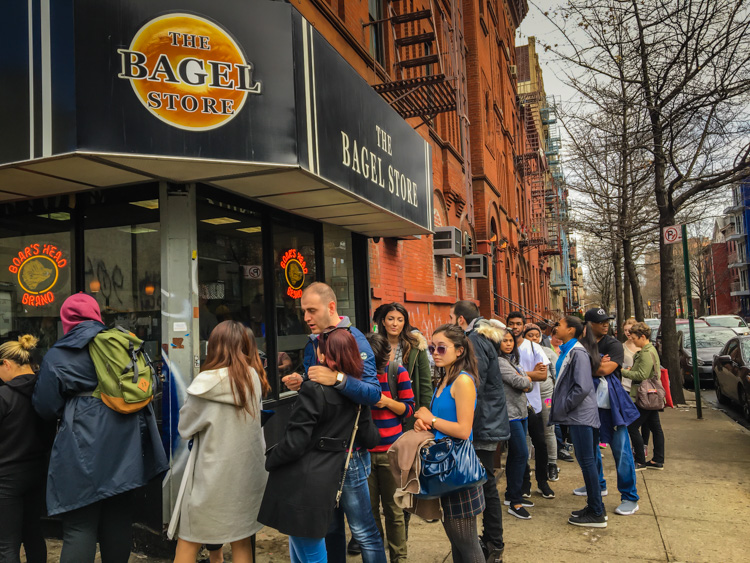 I arrived at the Williamsburg shop at 12:30pm on a Friday and the line was at least 50 deep and stretched around the corner. Since they open at 7am, this was a bit of lazy timing on my part. It took 45 minutes to get into the shop and then another 45 minute wait before I had a bagel in my hands. Don’t show up hungry.

If you just want a bright bagel, are short on time, and aren’t too picky about which colour, you can try showing up later in the afternoon. Once the shop sells out of the classic rainbow bagels, the lines die down, but there may still be a few bright bagels in other colourways left. You could also try The Bagel Store’s 2nd location, a little deeper into Brooklyn. 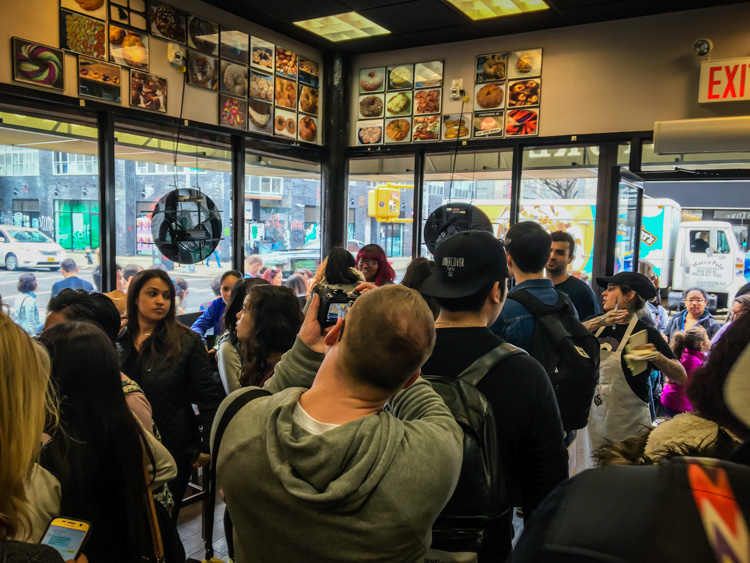 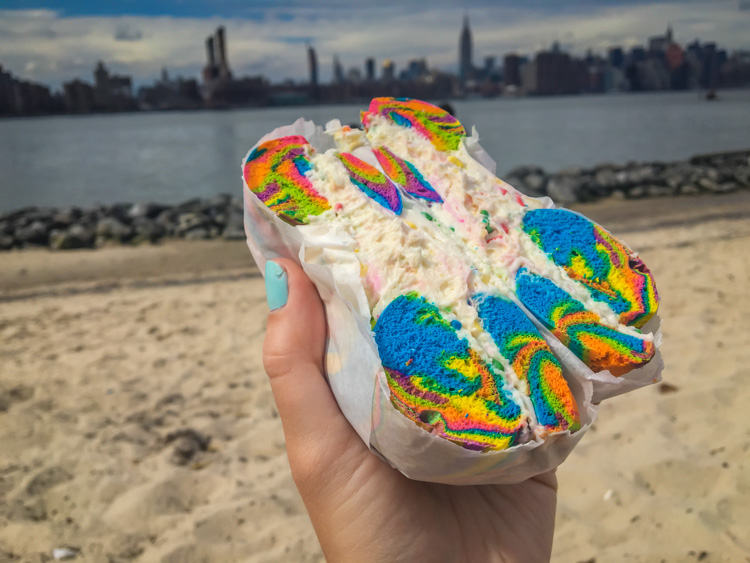 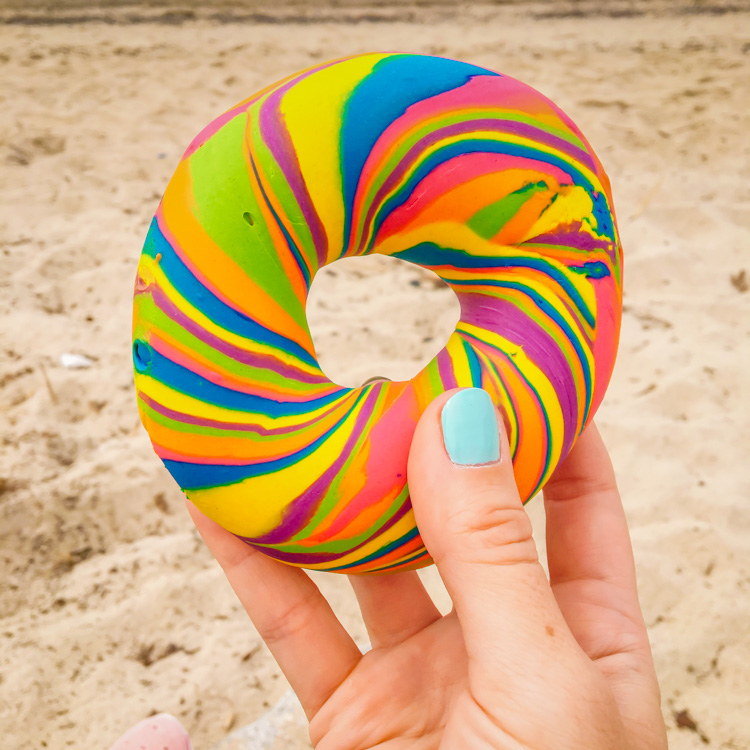 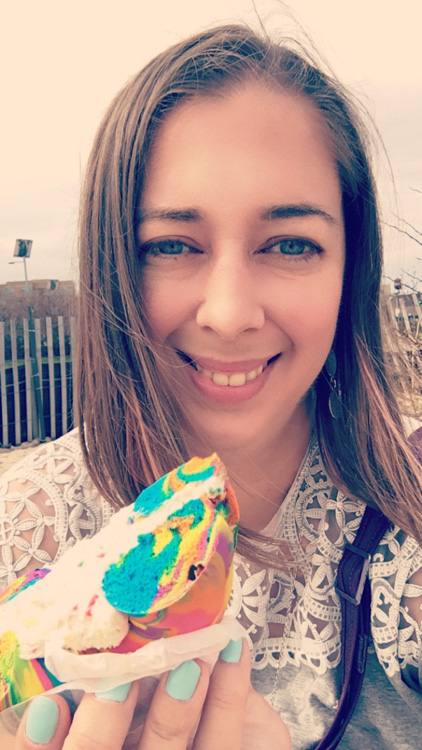 So we know that it looks like an LSD trip, but how do they taste? They’re certainly a feast for the eyes but taste pretty much like any plain bagel. You probably couldn’t pick it out in a blind taste test. The funfetti cream cheese adds an icing like sweetness but don’t expect any crazy flavours.

While the bagels are fun to look at, the sudden surge in popularity does comes with its downside and some controversy. The dye-infused treat is the antithesis of the organic, hipster scene Williamsburg has become in recent years. Among locals, there’s an underlying thought of “that kind of bagel doesn’t belong here.” To them, that kind of kitsch belongs in Times Square, not in their beloved neighbourhood.

Regulars who used to pick up a bagel on the way to work or drop in for an egg bagel on the weekend no longer come. It’s just too much hassle. Would it be possible to have a second cash and second line for all non-rainbow orders? What will happen when the rainbow bagel craze dies down? Will the locals come back? The demand has been sudden and hit the shop like a tsunami and owners are still trying to figure out how to keep their regulars as regulars while still serving up Play-doh-looking treats to tourists. It’s a tough balance to achieve.

Would you ever try a rainbow bagel? Would you line up for it?