Why I Vacationed in Puerto Rico and You Should Too 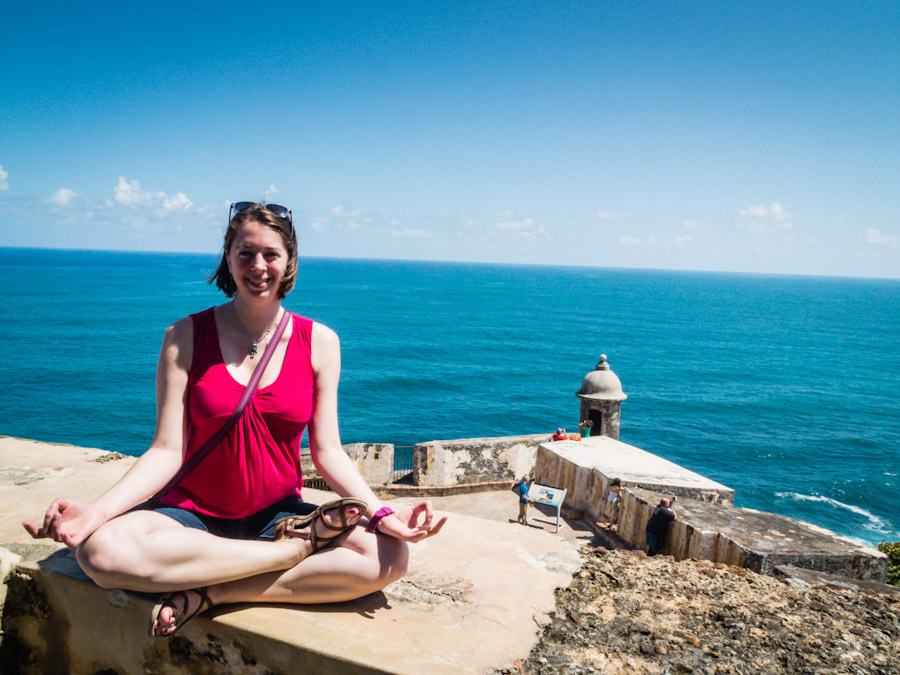 It’s the time of year when Canadians flock south to get some sun and sand, choosing all-inclusive resorts mostly in Cuba, Dominican Republic, Mexico, and Jamaica. I understand the need to flee. After a couple months of wearing 3 layers to go out your front door and spending all your non-working time in the dark the craving for sunshine and sandals becomes insatiable. A need to recharge the batteries and drink our faces off to both congratulate ourselves on getting this far and steel ourselves for the remainder of winter.

For those of us on the East Coast, the cheapest sun vacation we can find is an all-inclusive. I mean, how else could you spend a week on a beach with all the food and alcohol you can drink for under $800? I can barely fly home to New Brunswick for that price.

To All-Inclusive or Not?

So when the inevitable pull south starting tugging on me last year I thought about those all-inclusives. I’ve never been to one. I looked into resorts in Cuba. Tested out various dates and price points. But when it came right down to it, I just couldn’t do it.

It just didn’t sound like very much fun solo. Never mind that I’d have to pay the dreaded single supplement, so the ultra cheap vacation became a $1400 week drinking alone. Surely there was somewhere a little less isolated with more activities that I could visit for similar money? I’ll also admit – and maybe it makes me a travel snob – but the thought of spending so much money to have the same travel photos as everyone else in Newfoundland…. well…

Not only did they have beaches and rum but I could stay right in the heart of San Juan’s Old Town and explore on foot. There were also things like bio bays, kayaking, snorkelling, stand up paddle boarding, and food tours to keep me occupied. I could fly down there for not much more than a flight to Toronto. Sold.

I met a lot of Americans and some Europeans but almost no Canadians. Guys! You’re missing out. The All Star Island has a lot to offer the Canadian snowbird. And it’s an easy place to travel. Everything is in American dollars and most people speak some English, many fluently. 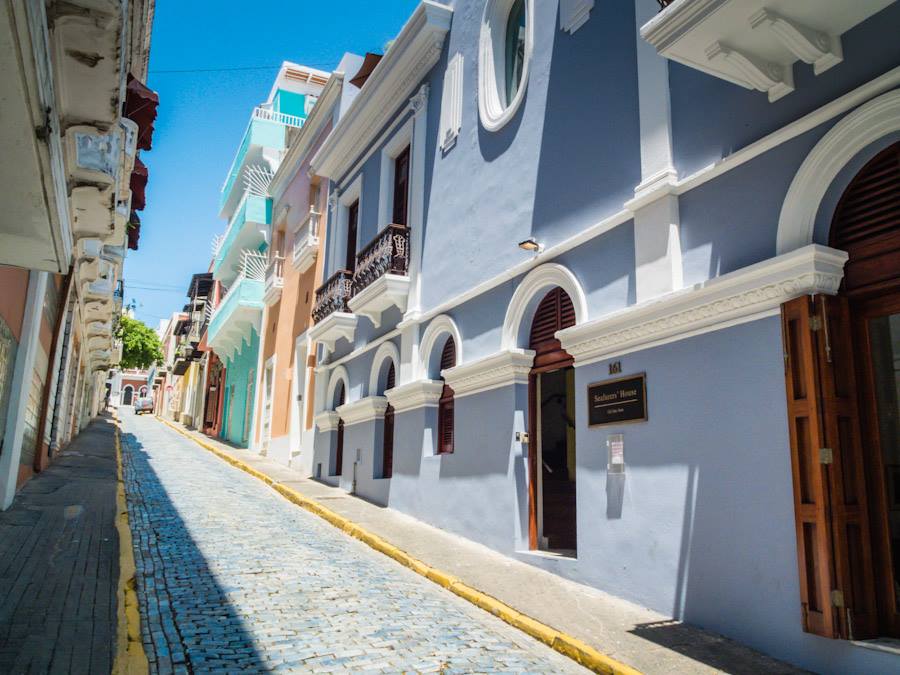 Old San Juan is a pretty, pretty place filled with candy coloured buildings and is steeped in history. It’s incredibly walkable and you can explore most of it in a day or two. I started off with a great food tour that not only filled my belly with yumminess but got me acquainted with the town.

Mostly though, I just wandered and photographed. 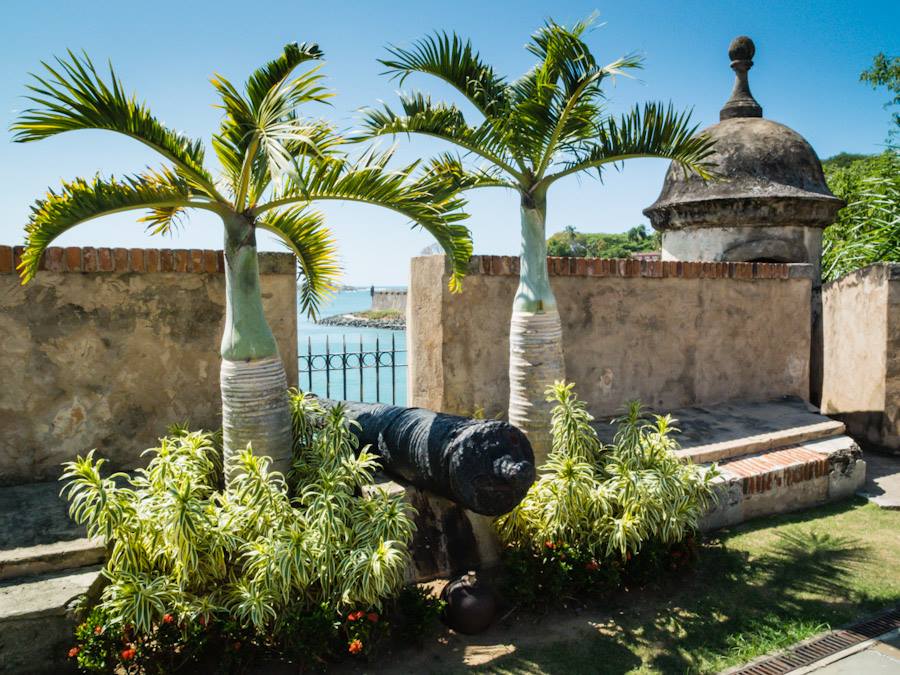 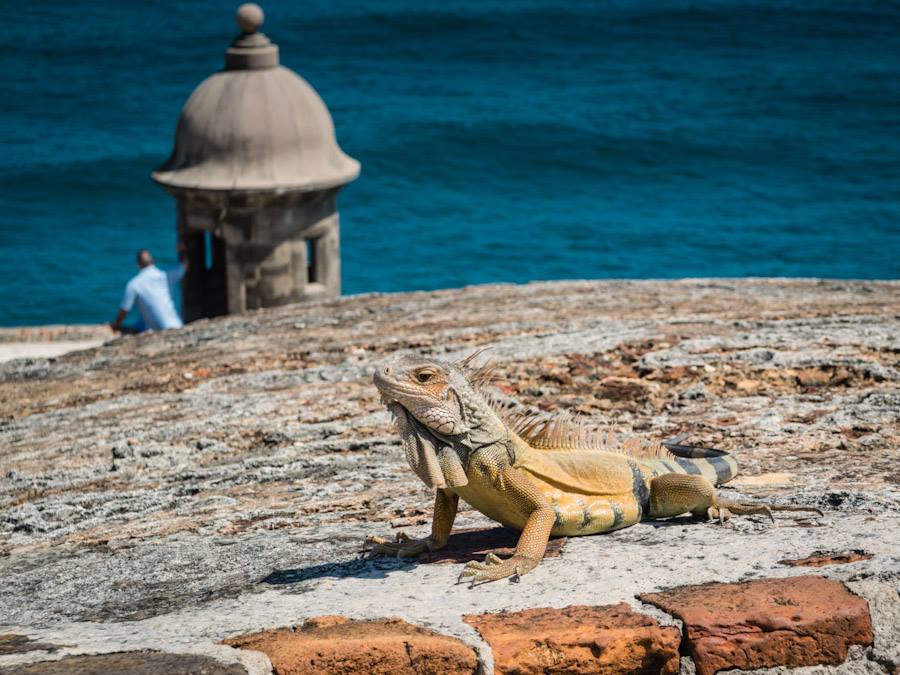 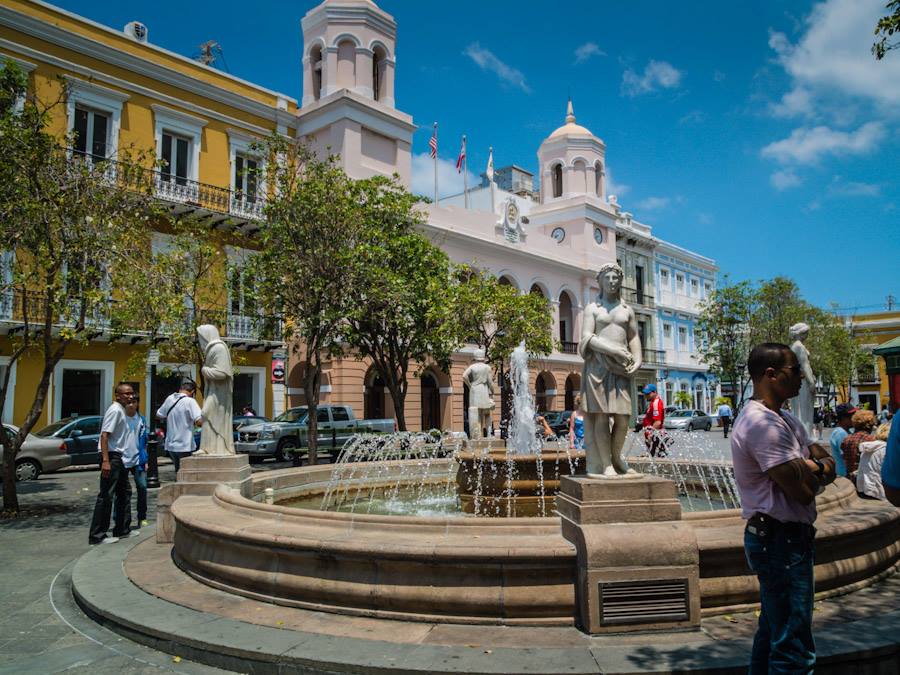 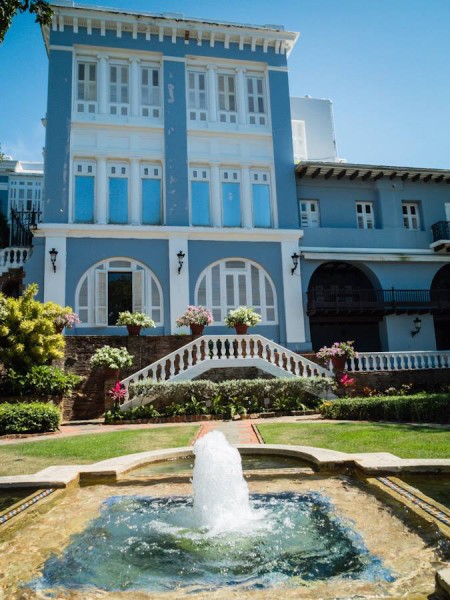 I did a guided tour of Fortaleza – the seat of government – and even had an exchange of words with the current Governor. I poked around the house built for the first Governor of Puerto Rico, Ponce de Leon. Made some friends with the local cats, as I do. 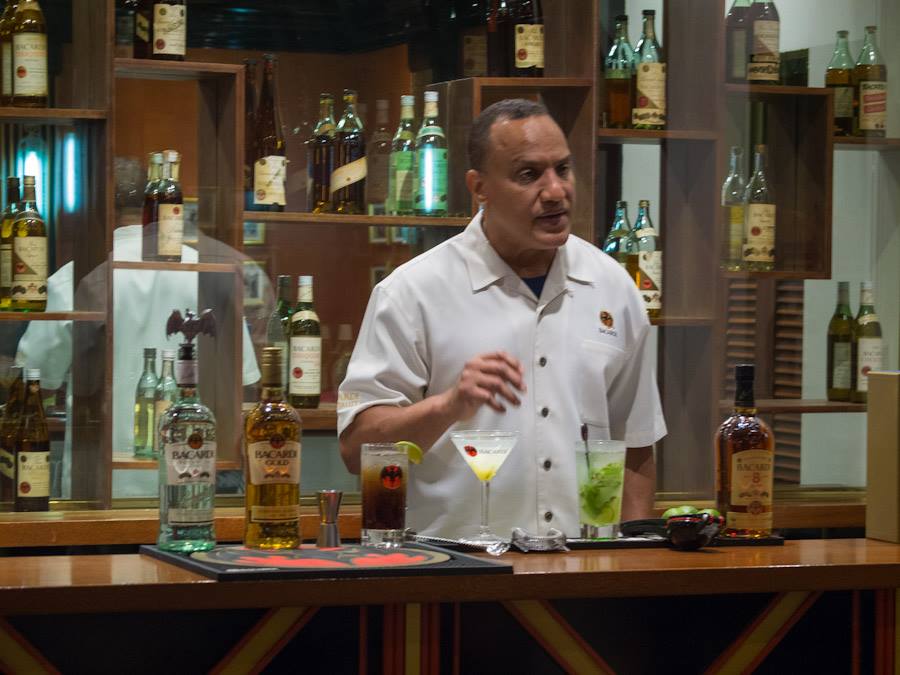 I drank free rum at the world’s largest rum distillery. Tip: the Bacardi tour used to be free with two drinks but now costs $12 and includes just one drink. I drank my first pina colada at the bar that invented the drinks…or at least claims to. 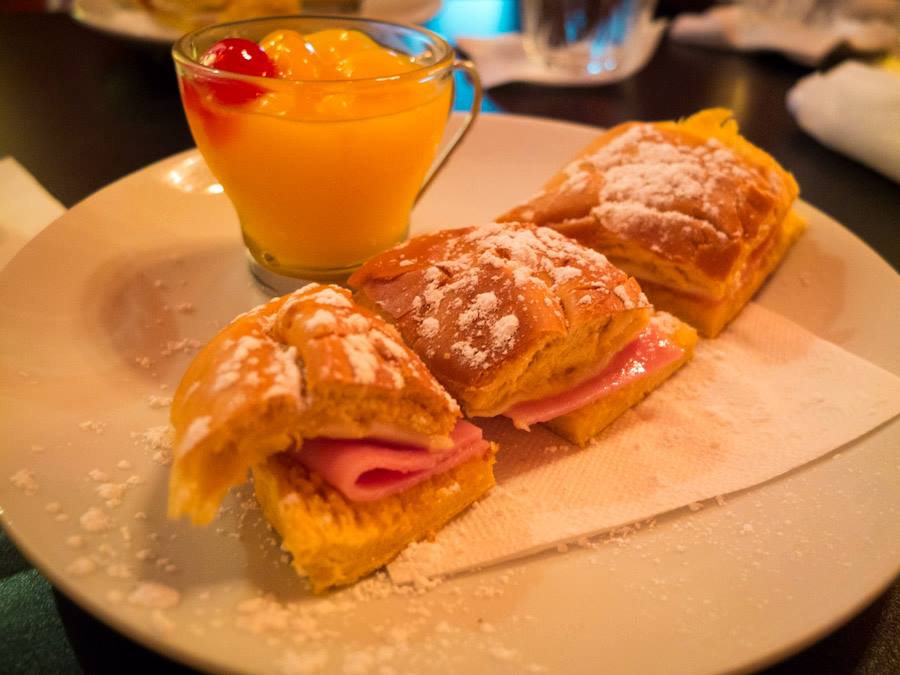 Then there’s the food… oh the food. Sure it’s starchy and fried but that makes me think that Newfoundlanders would love it. Bring on the plantains! Oddly enough, I found it harder to get good Puerto Rican food in Vieques but had no trouble getting a burger.

I can’t rave enough about the bio bays! Words can’t begin to describe how cool it is to be kayaking in the dark and see the water glow with every paddle stroke. Simply amazing. Put it on your bucket list. Now. 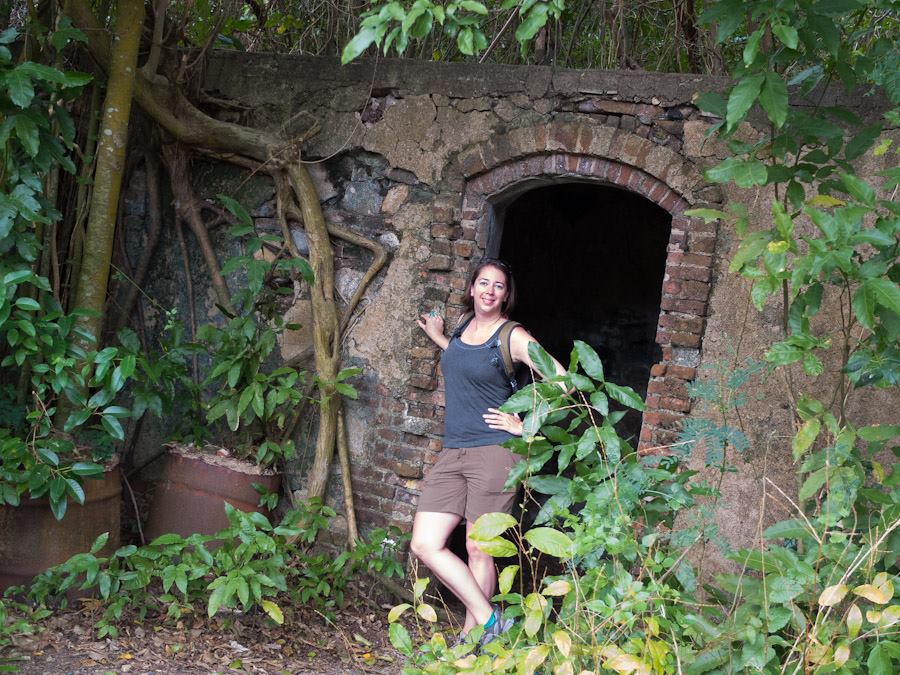 I spent more time out in nature than I believe I would’ve at an all-inclusive. On the main island I went hiking at El Yunque National Forest, kayaking at Farjado, and stand up paddle boarding and a lot of beach walking in San Juan. Over on Vieques I did some more kayaking along with snorkelling, horseback riding, a little more hiking/exploring, and some good old beach bumming.

Whether you’re looking to shop in cute boutiques, try new food, soak up the sun at crystal clear beaches, or do all the activities, Puerto Rico has you covered.

Would you consider choosing Puerto Rico for your next winter break?