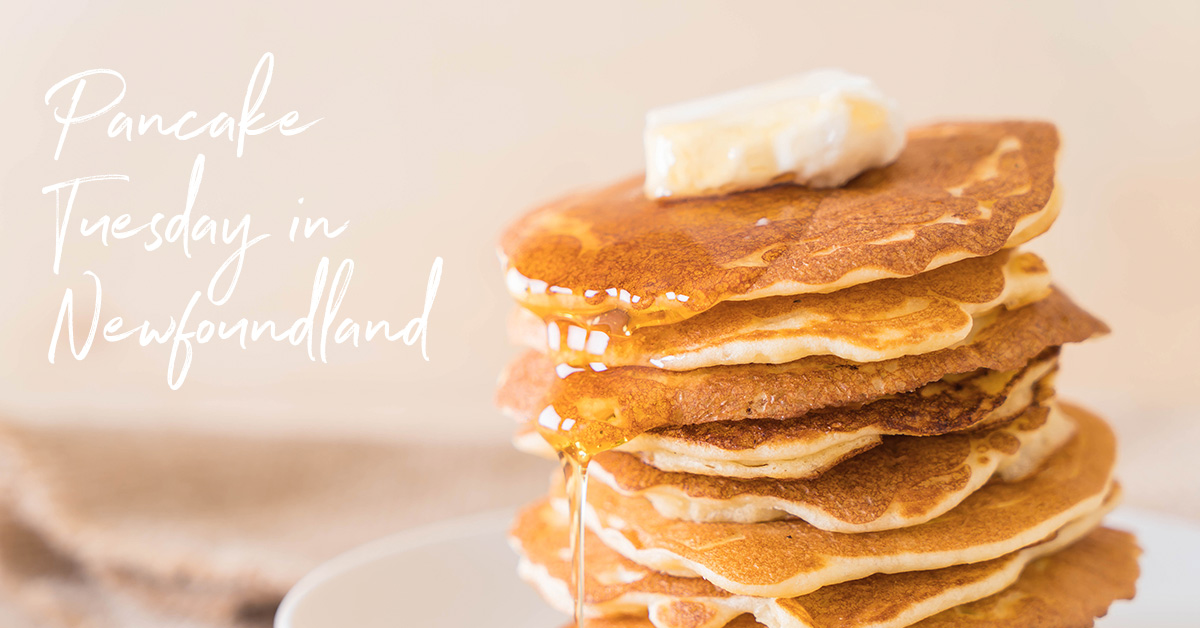 When I was growing up, the night before Ash Wednesday always meant a big stack of pancakes with bacon and sausage for supper. The official name for the day might be Shrove Tuesday (named for the religious practice of confessing one’s sins and being “shriven” or “shrove” by the priest immediately before Lent began) but for us it was always Pancake Tuesday and Aunt Jemima was the star. Here in St. John’s, like many places in the UK, Ireland, Australia, New Zealand and the rest of Canada, the day is celebrated with community pancake breakfasts at churches, community centres and even government offices.

What is Pancake Tuesday?

Shrove Tuesday is the day in February or March immediately preceding Ash Wednesday (the first day of Lent). It’s celebrated in the Commonwealth countries by eating pancakes. In others, especially those where it is called Mardi Gras, it’s a carnival day, and also the last day of “fat eating” or “gorging” before the fasting period of Lent.

Historically, Pancake Tuesday came about from the need to use up the foods that were banned during Lent, mainly meat, butter, and eggs. Pancakes just made sense. Plus, anything you can drown in maple syrup is a win.

How is Pancake Tuesday Different in Newfoundland?

In Newfoundland, what makes this different from another other “breakfast for supper” night are the little tokens cooked into the pancakes, which are intended to predict the future. The person who gets the pancake with a nail will become or marry a carpenter; a pencil stub means teaching, a coin means you will become rich, etc.

I guess in my family we all just wanted to be rich because our pancakes always had foil-wrapped coins of various denominations. The worst was if you accidentally bit into the foil. I remember stabbing each pancake with my fork before choosing one for my plate (against the rules), trying to filter out the quarters from the pennies. Occasionally you’d be tricked by a foil-wrapped button. I would be delighted at the end of supper when my little pile of coins was bigger than my Dad’s. I’m sure there were more than a few tummy aches those nights since each pancake I ate mean more money I could spend on candy at the corner store.

While I’m aware of the religious history of the day, it’s the fond childhood memories that will ensure that my dinner plate will always be piled high with fluffy, golden pancakes on the night before Ash Wednesday.

Do you take part in Pancake Tuesday?