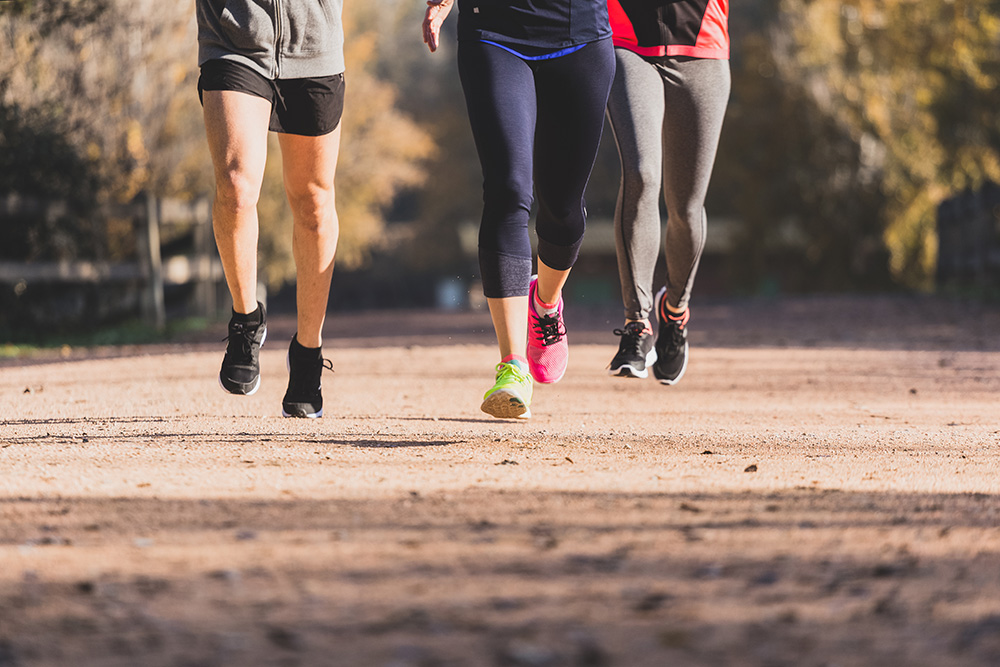 Have you ever heard the sound of 8,000 sneakers hitting the pavement?

It was a sound I wasn’t prepared for and was perhaps one of the coolest unexpected sounds. The dull slap slap that you barely notice when you’re logging solo training miles but when multiplied by 4,000 other runners it becomes a symphony of rubber and pavement.

Other runners. I’m in that group. Can you believe it?

I can proudly say that now. I’m a runner.

A few years ago I created a document where I jotted down various things I wanted to accomplish. You might call it a bucket list but I labelled mine, “My Epic Quest”. For some odd reason I added a few running goals, even though I’d never been a runner.

The Tely 10 is an iconic road race that takes place every July in St. John’s, Newfoundland. The course stretches 10 miles from Octagon Pond in Paradise, through the city of Mount Pearl, into St. John’s, ending at Bannerman Park. It’s the running event of the year. Local runners claim their street cred by how many Telys they’ve completed.

I decided I wanted to be one of them.

Problem was, I’ve never been much of an athlete. I like to call myself “majestically awkward”. So for years I never took any steps towards crossing off those running items on my list. I’d just look at them and think, “Hmm…some day.” and put on another show on Netflix. 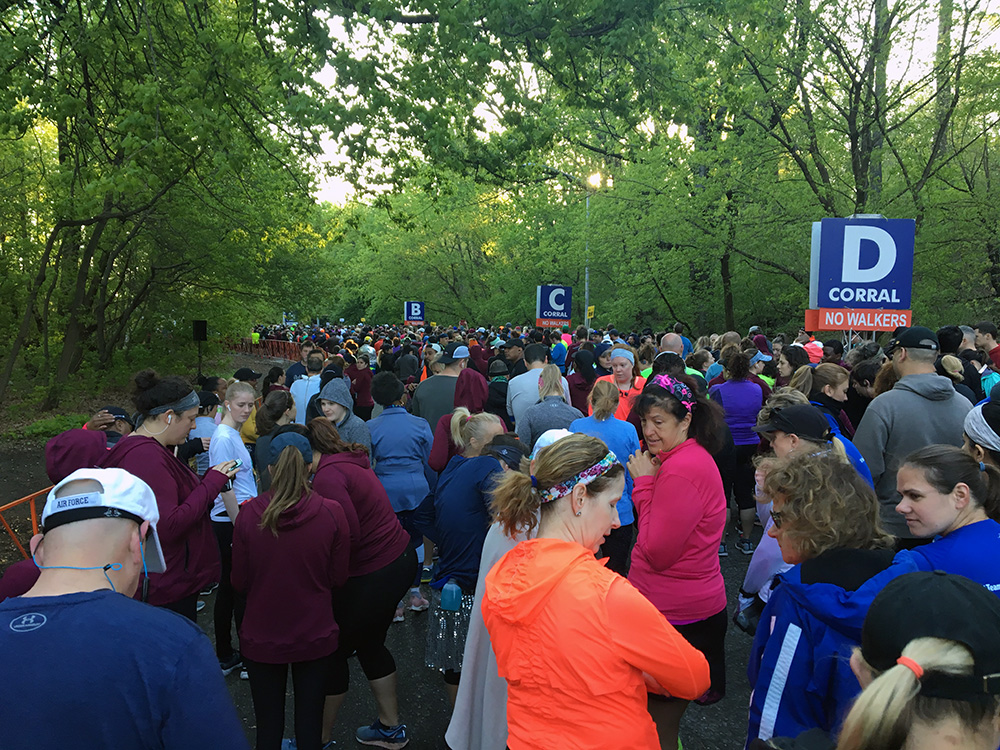 All it took in the end was for my two best friends to take up running and leave me alone in our rented Austin apartment during our annual girls trip while they went out for a run. I didn’t like being left behind so when I got home I downloaded the NHS Couch to 5K podcast on my phone, laced up my ancient sneakers, and got moving.

I won’t lie to you. It wasn’t easy. That first running interval was torturous. Over the coming weeks I got shin splints and side stitches. I struggled to control my breathing. I had burning calf muscles and sore knees. But over time, it got easier. Stubborn Taurean that I am, I just kept going. 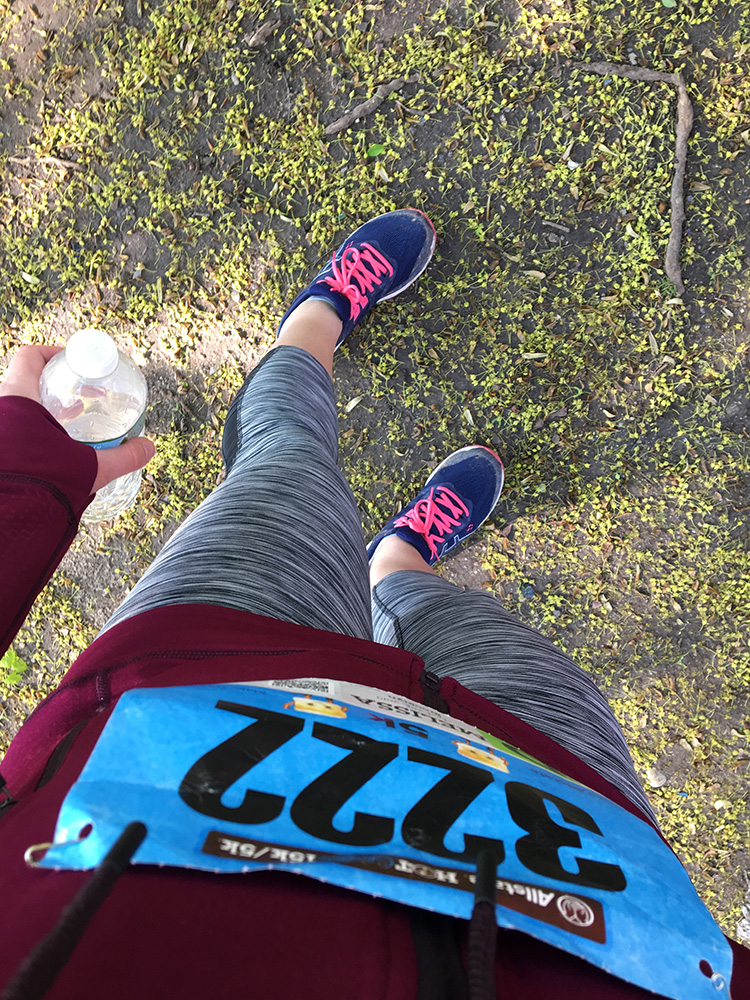 Never let someone tell you that the right pair of shoes can’t change your perspective on life.

I’m deadline oriented and also love external validation in the form of medals so I convinced a friend to sign up and run our first 5k race on New Year’s Eve. It was a super casual event but it was the first time I got to pin a number to my jacket and that post-race glow was the perfect way to end 2018.

That and a few well earned craft beer on the Boardwalk. 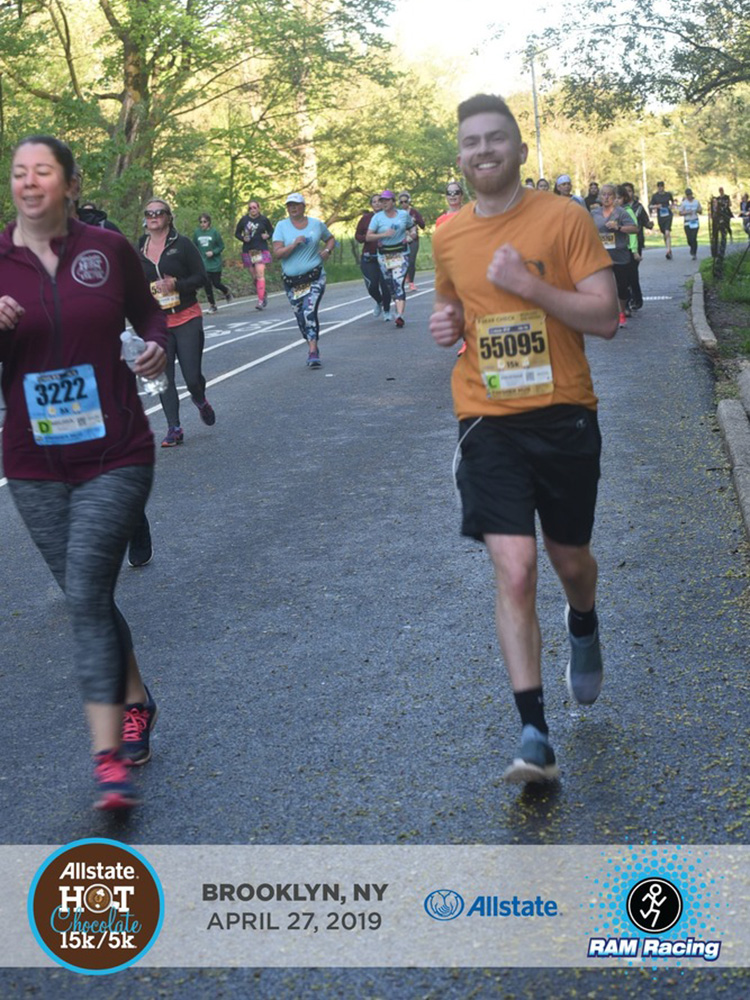 So I signed up for another 5k in March. And then another in April, this time in Brooklyn a few days before my 40th birthday. My BFFs were with me in NYC to celebrate the milestone and humoured my birthday wish of a run through Central Park. I signed up for a 10k race in July.

My metamorphosis into a runner was underway. 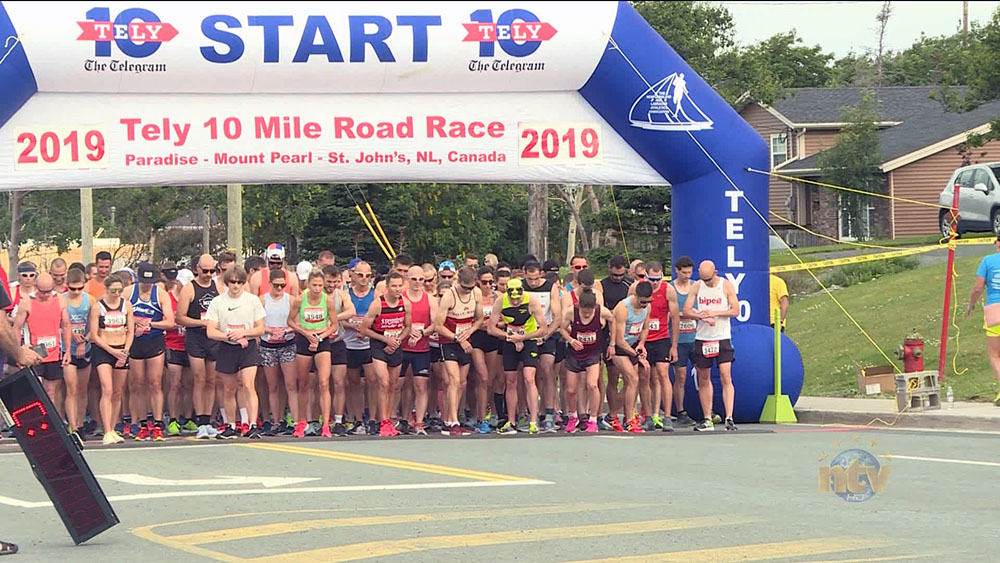 The starting gun fired and the elite Tely 10 runners took off like a shot. It would take me, in one of the back corrals, three minutes to make it to the starting line. Highway to the Danger Zone blared over the speakers, pumping us up.

3km in and I was feeling good as I passed under an overpass where spectators had gathered to cheer us on with air horns and banners. I smiled and waved. I felt like a rock star.

At 5km I was only a little over my personal best 5k time. At 8km I was three minutes under where I’d need to be to hit my not so secret time goal of two hours. By 10km I was starting to struggle but still managed to hit a personal best for that distance.

I spotted two friends who gave me high fives and boosted me for another kilometer. I couldn’t let them see me walk. 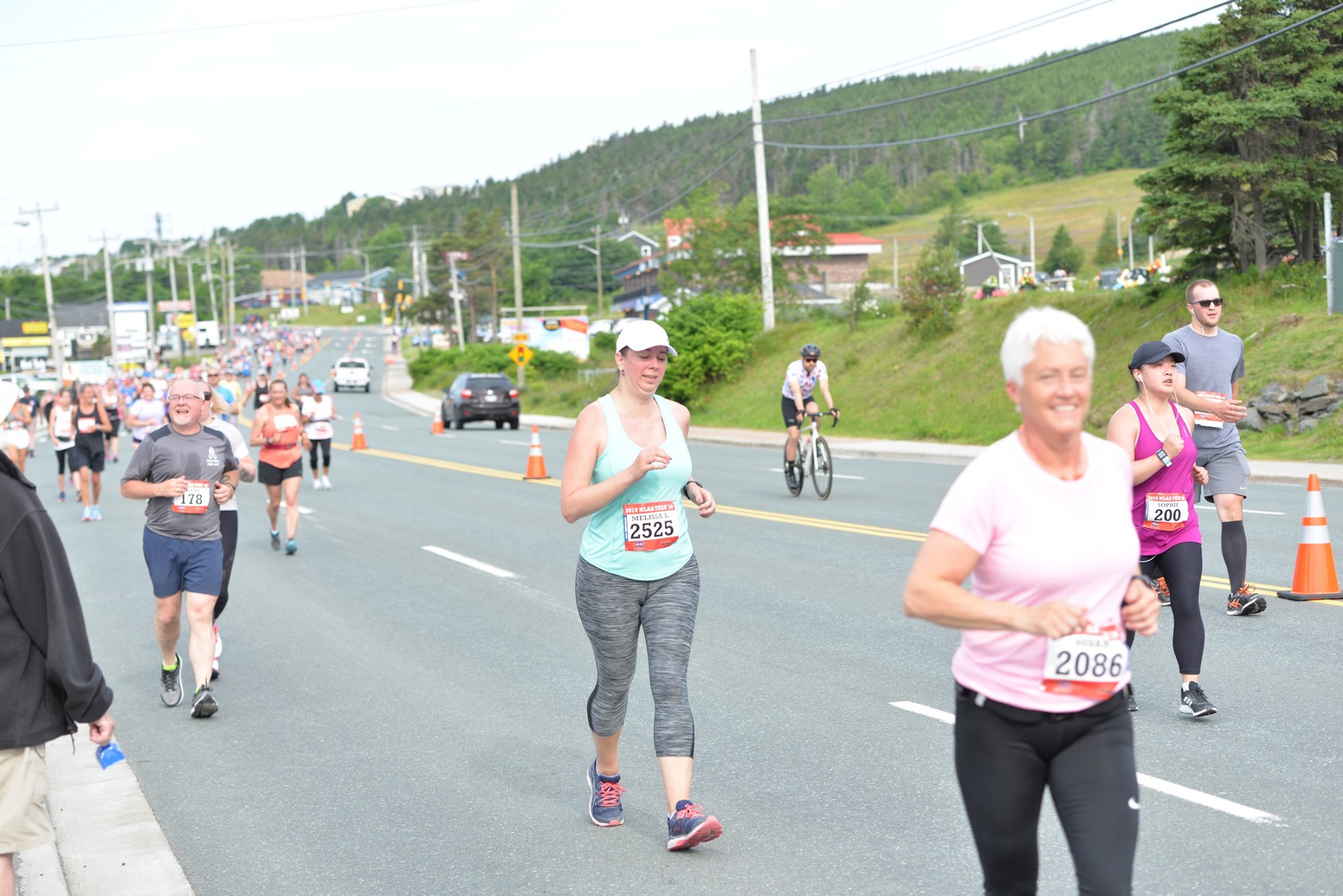 But 12 kilometers in I hit a wall. Hard.

Think Kool-Aid Man smashing through a wall but the wall is made of adamantium.

My legs had had enough. My lungs had had enough. My heart had had enough. But my head is stubborn and quitting was not an option. So I walked. My hands had swollen. I had sweat running into my ears. A few of my toes were starting to go numb. I just knew my face looked like a tomato. My breathing was so laboured I could barely string two words together.

I accepted a bottle of water, a cool wet sponge, and ice chips from families who’d lined the road to cheer us all on. I needed every little bit of encouragement.

I walked some more and silently told my Garmin to bugger off when it beeped at me to run.

I tried to draw on the energy of the crowd and my fellow runners to keep me going. I ran when I could and walked when I couldn’t. No shame in walking. I was still moving in the right direction and that’s all that mattered. 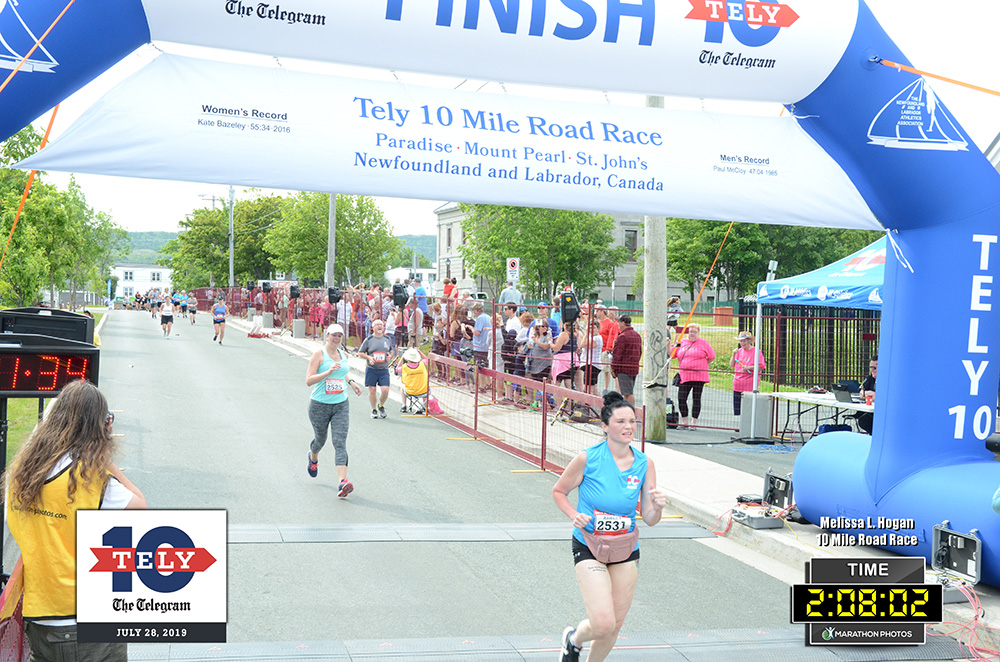 With 300m left, I gathered everything I had and started running again. There was no way I was going to walk across the finish line. In my head I was having a Chariots of Fire moment –  arms pumping, legs extending, wind in my face. I felt cool.

In reality I looked more like a duck than I care to admit but that’s neither here nor there. I ran across that finish line with a big smile on my face.

I didn’t hit my 2 hour goal but I found I wasn’t really bothered by it. I know I did the best I could for that day. And if I’m honest I kind of like the symmetry of 2:08:02, just how I liked the vibe of bib #2525. What was important to me was that I finished upright and smiling.

It’s one of the accomplishments that I’m most proud of.

Like so many big goals in life. It wasn’t easy. It wasn’t always pretty. I certainly didn’t do it by myself.

I’ve since hung my medal in my kitchen where I see it everyday and remind myself of what I can accomplish when I put my mind to it. 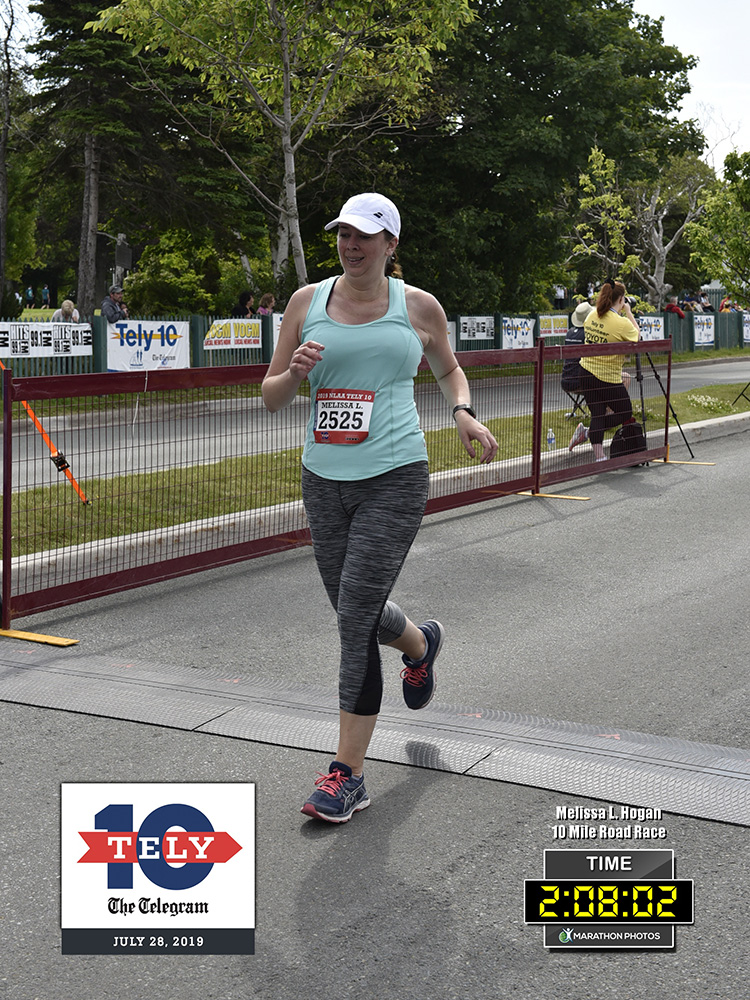