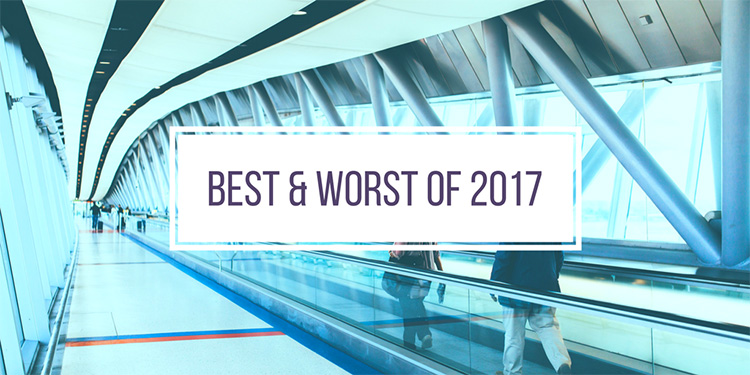 Every year is full of ups and downs. Every year my wish is that the ups outnumber the downs. Globally, 2017 has been a bit of a dumpster fire but personally it’s been a pretty good year. Especially when it comes to travel. I got to visit four new countries, met great new people, and had some amazing experiences I’ll never forget. So I thought I’d share some of my favourite moments with you.

I had trouble narrowing down my list of good travel 2017 travel moments into just a few. That’s a pretty good problem to have. Spending time in the world’s best airport in Singapore, being a VIP at the East Coast Music Awards, and strolling the tiny streets of Venice were all pretty amazing but didn’t quite make the top of the list. 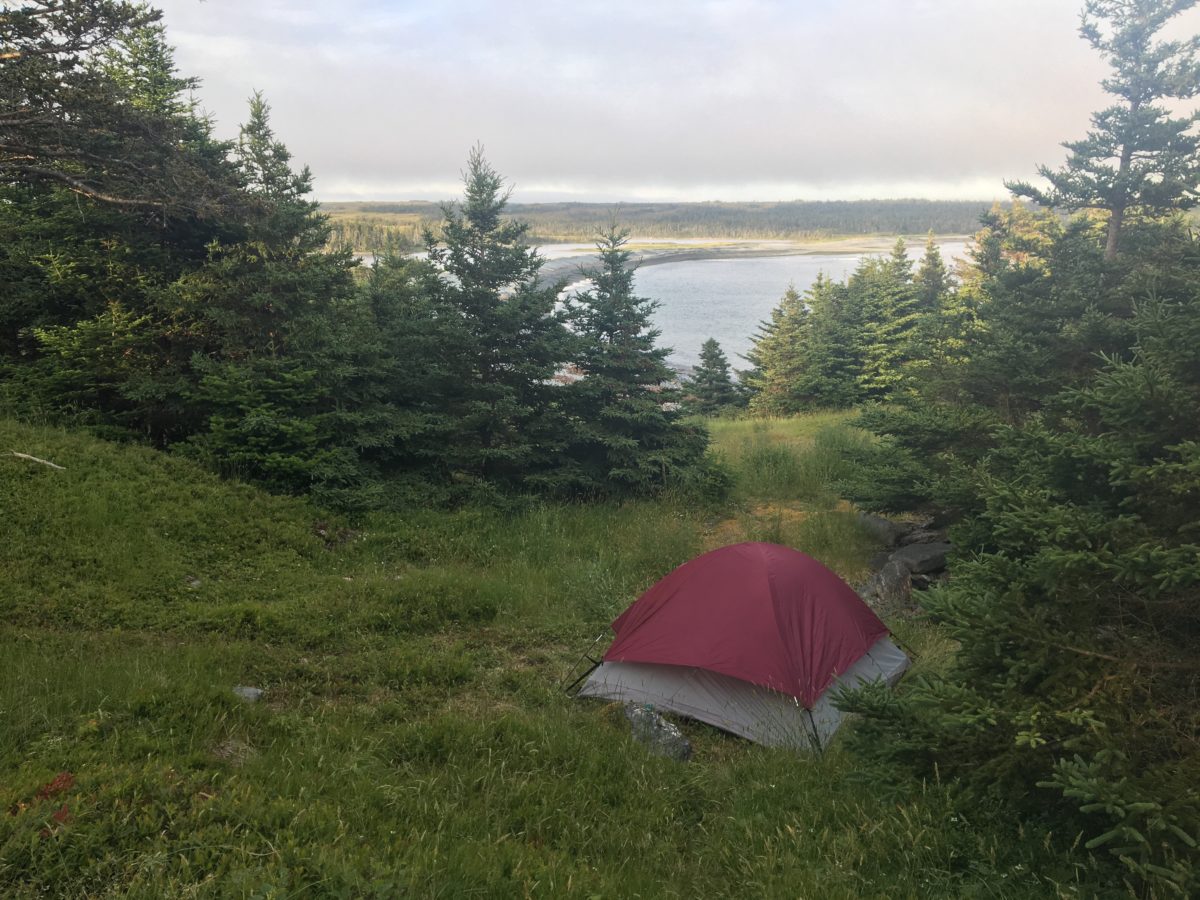 After buying a tent on clearance two years ago I finally took it out of its box and went camping this summer. I always say that summer is the best time to be in Newfoundland and I really made the most of it this year. After an initial camping trip with a friend, I took myself to the coast for a little solo camping. There was no cell service and I fell asleep listening to ocean waves and woke to the sounds of seagulls feasting on capelin. I built myself a fire and roasted the most perfect marshmallows and then hung out in a hammock with a book and a cup of camp coffee. It was the perfect way to recharge my batteries and I can’t wait to do it again next summer. 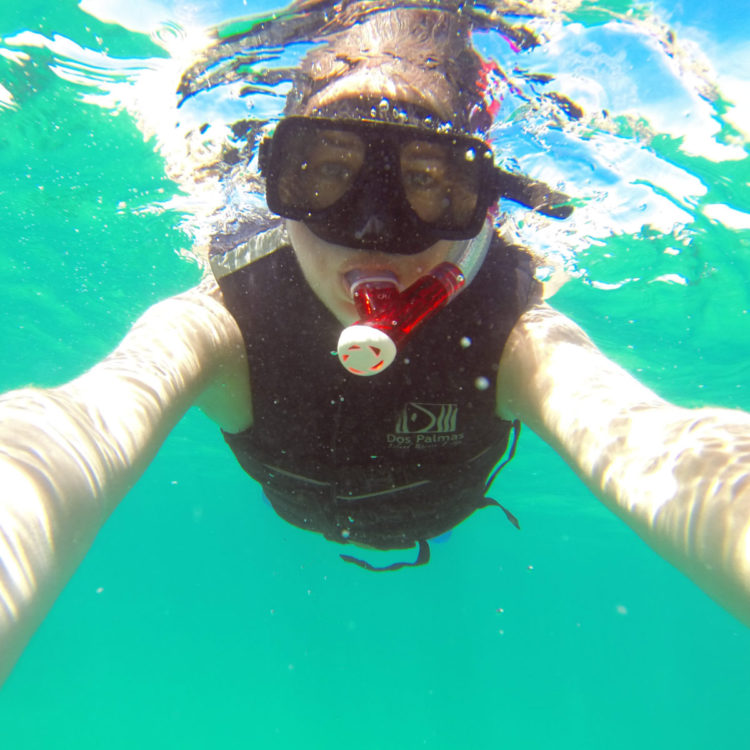 Snorkelling in the Philippines

While in the Philippines back in January I was lucky to have a few opportunities to go snorkelling. A nice French couple even lent me their full face snorkel mask so I really got the full experience. I sometimes panic when I put my face in water so going snorkeling was a bit of an achievement for me. I never did quite get the hang of breathing with a regular snorkel tube but hanging out with all the amazing colourful fish in Honda Bay was worth the the effort. I’ll never forget seeing the giant clam, getting up close and personal with some curious stripey fish, and finding the beautiful fish with the pink fins. 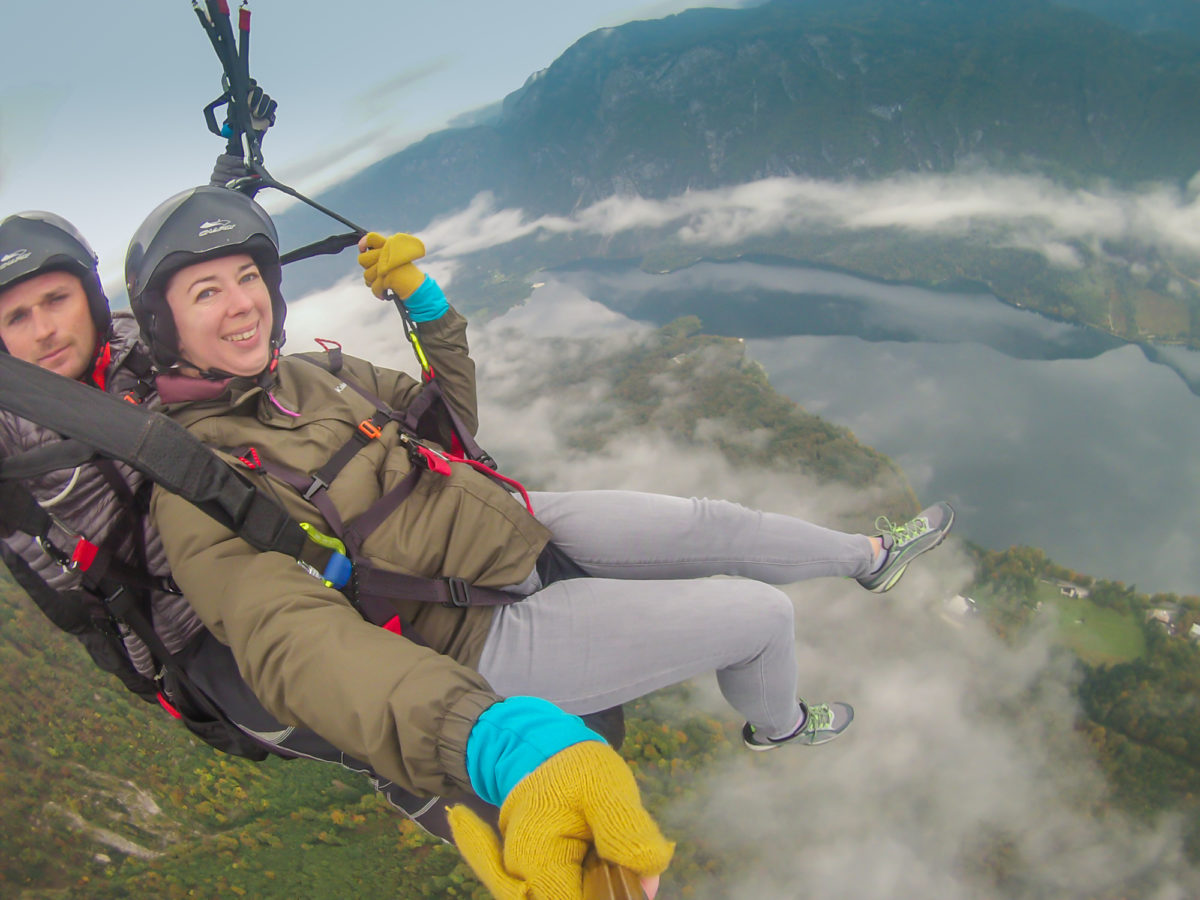 2017 was the year I ran off the top of a mountain. While in Slovenia I decided to check something off the bucket list and went paragliding. I managed to keep the nerves at bay until just a few moments before take off. My pilot was in complete control the whole time and sailing 1500+ meters over Lake Bohinj was breathtaking. I literally couldn’t find the words except for the occasional breathless “Wow”. It’s the closest I’ve ever felt to flying. 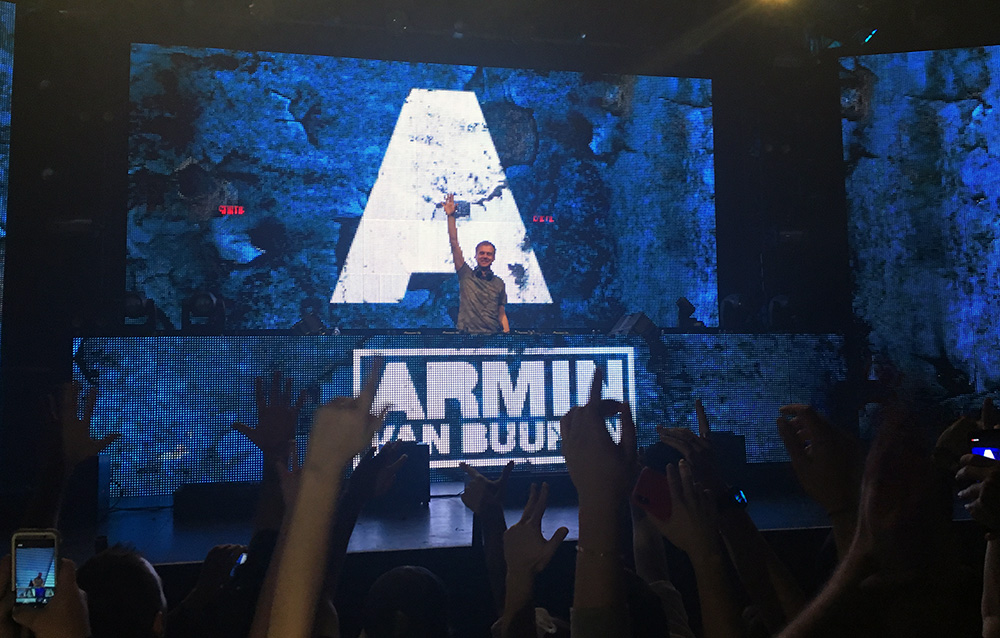 In this past year I’d started listening to a lot more electronic dance music (EDM) and Armin Van Buuren quickly became my favourite DJ. I had been pondering heading abroad somewhere to see him play a festival in 2018. When I checked tour dates in early December I saw that he was playing a small (3000 ppl max) venue in Montreal just before New Year’s. Since Montreal is only a 90min direct flight from my Dad’s in New Brunswick, where I’d be for Christmas, I booked a spontaneous 48h in the city. It was -20C the whole time but I certainly made the most of my mini-trip. Armin was amazing. Overwhelming. Exhilarating. The crowd was into it. I was 5 rows from the front. I threw up my arms and danced like no one was watching. I’m still not entirely sure what exactly an EDM DJ does during a live set but Armin made sure to keep the crowd pumped for the entire 3h set. So glad I didn’t listen to my logical side on this one. 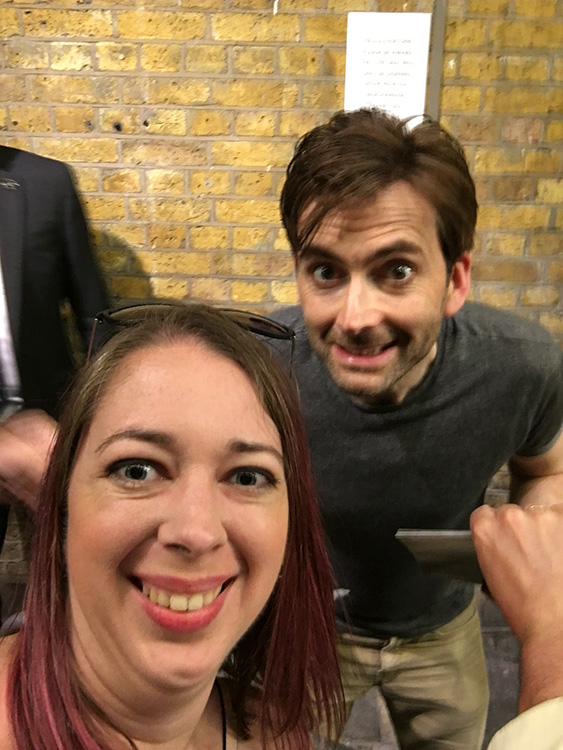 Back in March I heard that David Tennant, my favourite Doctor, was going to be in a play in London. I didn’t hesitate and booked myself a ticket to see Don Juan in Soho. 2nd row, baby. Thanks to WestJet I was able to get a flight to London for a very reasonable price and found myself with a whirlwind extra long UK weekend. One of the things I love about my home on the edge of the North Atlantic is that we’re only a 5h direct flight from London and with a 3.5h time difference it’s manageable for short visits without being taken down by jet lag. The play was amazing, David Tennant was brilliant, and after the show I even got to exchange a few words with him, got a manic looking selfie, and he signed my program. This fangirl could barely have been happier. I literally jumped up and down afterwards and had to immediately find a pub for a pint to calm my nerves.

You know it’s the sign of a good travel year when you have to really wrack your brain to come up with more than one or two unfortunate incidents. A few things were really just inconvenient. My main issue this year was just getting over myself when weather altered my plans. It’s something I’m still working on.

P and I decided to rent a motorbike and tour around the El Nido region of Palawan while we were in the Philippines. According to Google we could take the El Nido-Taytay highway east across the tip of the island and then continue our loop counterclockwise. We tried asking some locals about the condition of the road but they all assumed we just wanted to go to Nacpan Beach and back. We set off and soon discovered that the “highway” was actually 30km of dirt road. A bit hard on the bottom when you’re driving a scooter. From New Ibajay back around to Nacpan Beach we were on and off paved roads. Every time we hit pavement we’d breath a sigh of relief but  never knew when it would end. We still had a great day but my butt was grateful when we left our last stretch of rutted packed dirt. 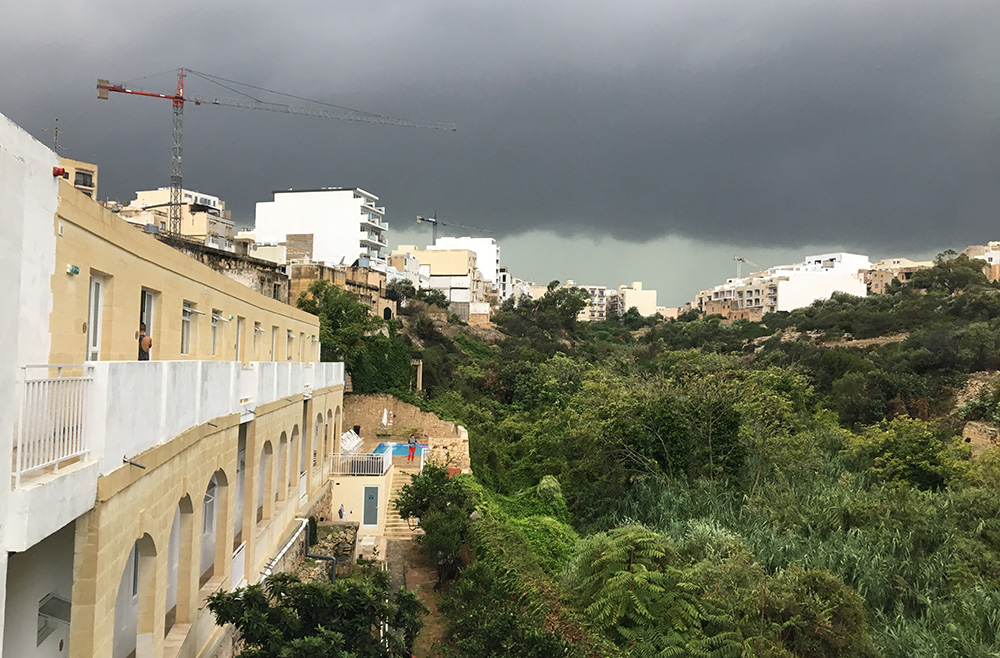 Malta and I got off to a rocky start. I’d had a tour booked on my first night to take me to see a village festa. When the pickup time rolled around however, the bus barely slowed and rolled right on by me dashing my plans and making me miss the whole thing. I had a bit of a pity party that night and then the next morning I woke up to thunder, lightening, and torrential rain. It rained off and on for the next two days and I had a hard time getting out of my funk. Almost everything I had planned for Malta involved being outdoors. Even on the day when it didn’t rain, things didn’t quite go the way I’d planned either. Malta redeemed itself in the end and I guess this just means that I need to return soon and try again. 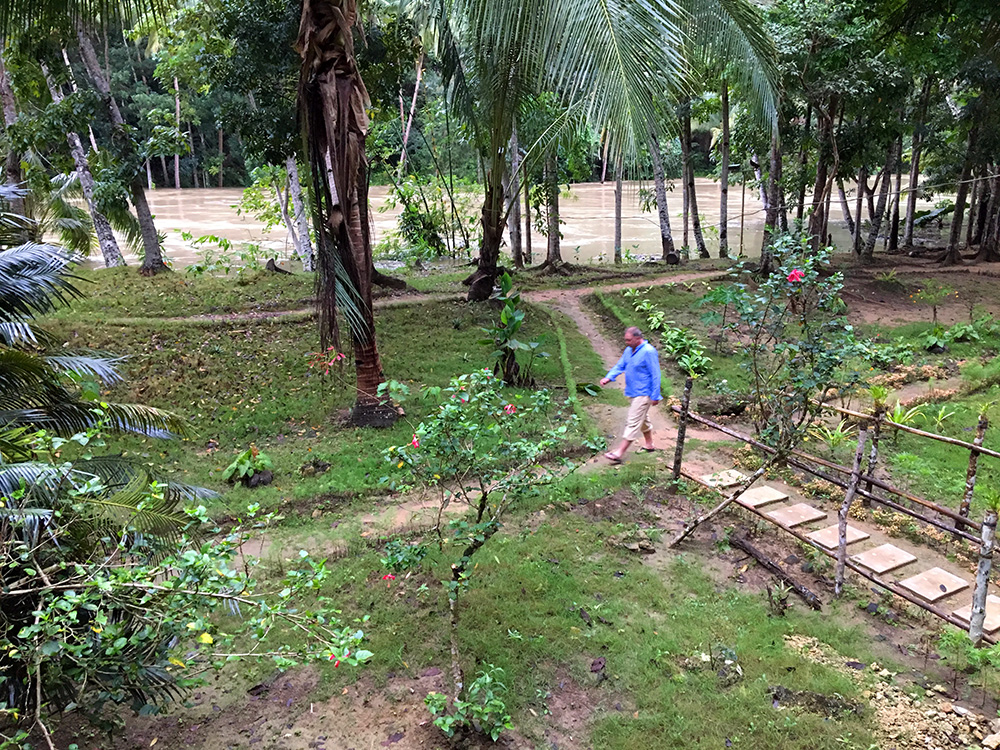 Killing My Camera in Bohol

Shortly after arriving at Nuts Huts in Bohol, Philippines, the skies opened up and let loose like I’ve never seen before. The rain just seemed to come down harder and harder while P and I waited in the restaurant/common area. Eventually we decided that we were just going to have to make a run for it to our hut as the rain wasn’t going to stop. The stairs had become a river and staff were trying to bail out the kitchen. Neither one of us had prepared properly and, while I at least had a raincoat, I didn’t have any covers for my backpacks and pretty much everything I owned got soggy. Thankfully, my laptop was ok but my beloved Fuji camera was toast. It never worked for me on the rest of that trip. I managed to revive it back home only for it to die on me again in Slovenia. I loved my Fuji x10 as it was compact enough for my purse but shot in RAW with a fast lens. I’ve since learned that Fuji has discontinued that type of camera so now I’m on the hunt for a replacement. The rain in Bohol was probably my darkest moment while travelling in 2017. 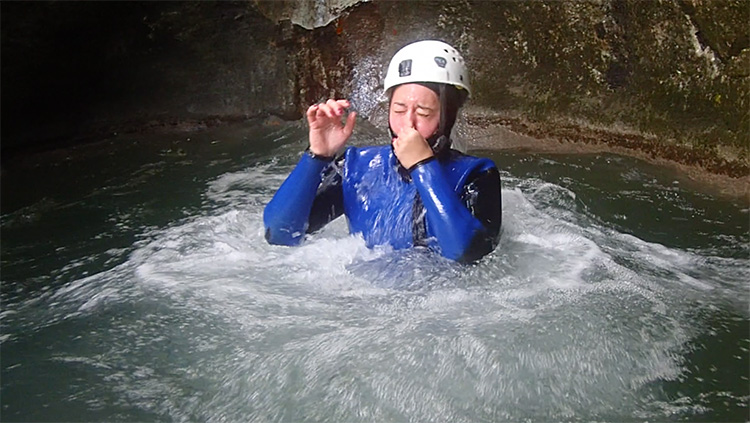 I’m very thankful that there’s precious little that’s happened to me while traveling that would fall into this category. If I had to pick something it would be my spluttering and panicking after jumping 12’ into a small pool of water in Slovenia. It was a bit embarrassing really. I don’t like having my face underwater and canyoning definitely pushed me out of my comfort zone. Overall it was a really cool experience but I wish I’d spent some time beforehand getting over my water in face fear. Even if it’s just so that I ended up with better photos. ;)

I also could’ve done without the creepy guy rubbing himself on me part way through Armin Van Buuren’s set in Montreal. It wasn’t scary, it was just icky. I tried moving out of his way repeatedly and was about 5 seconds away from giving him a swift elbow to the midsection when he thankfully disappeared. Ugh. 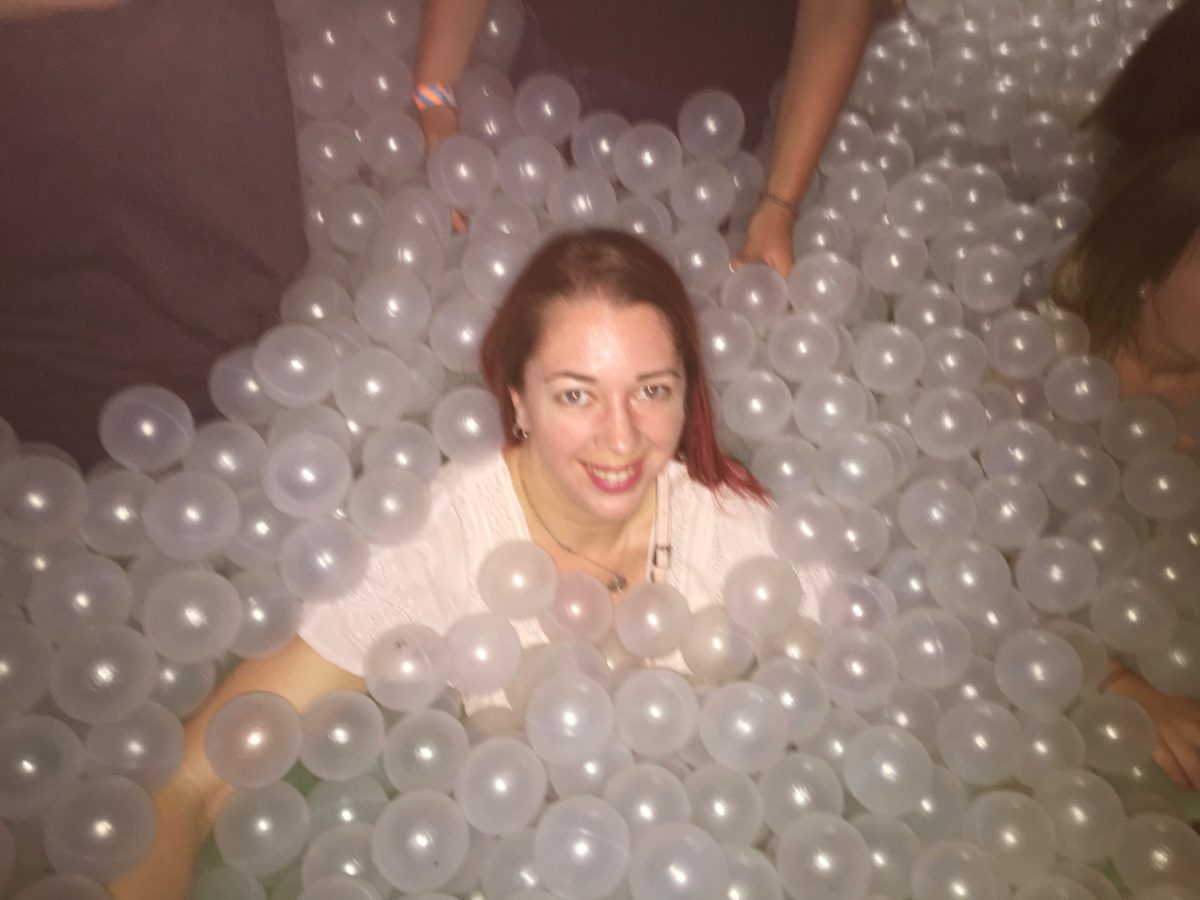 Frollicking in an adult ball pit was maybe one of the weirdest things I did this year. You can read all about it here but in short, there’s a bar in London with a full on ball pit in the basement. Ballie Ballerson has since moved from Dalston to Shoreditch and into a larger space. They’ve also revamped their crazy cocktail menu but still offer so really unique drinks. It’s a weird but fun experience to jump into a ball pit with other full grown adults but if you’re in London I think you should check it out for yourself.

So while we’re all cursing 2017 and are anxious about what 2018 will bring, when I look back, I’ve had more positive travel memories than negative, and that’s all I can ask for.

What are your favourite travel memories from 2017?