How Ljubljana Became the Dragon City 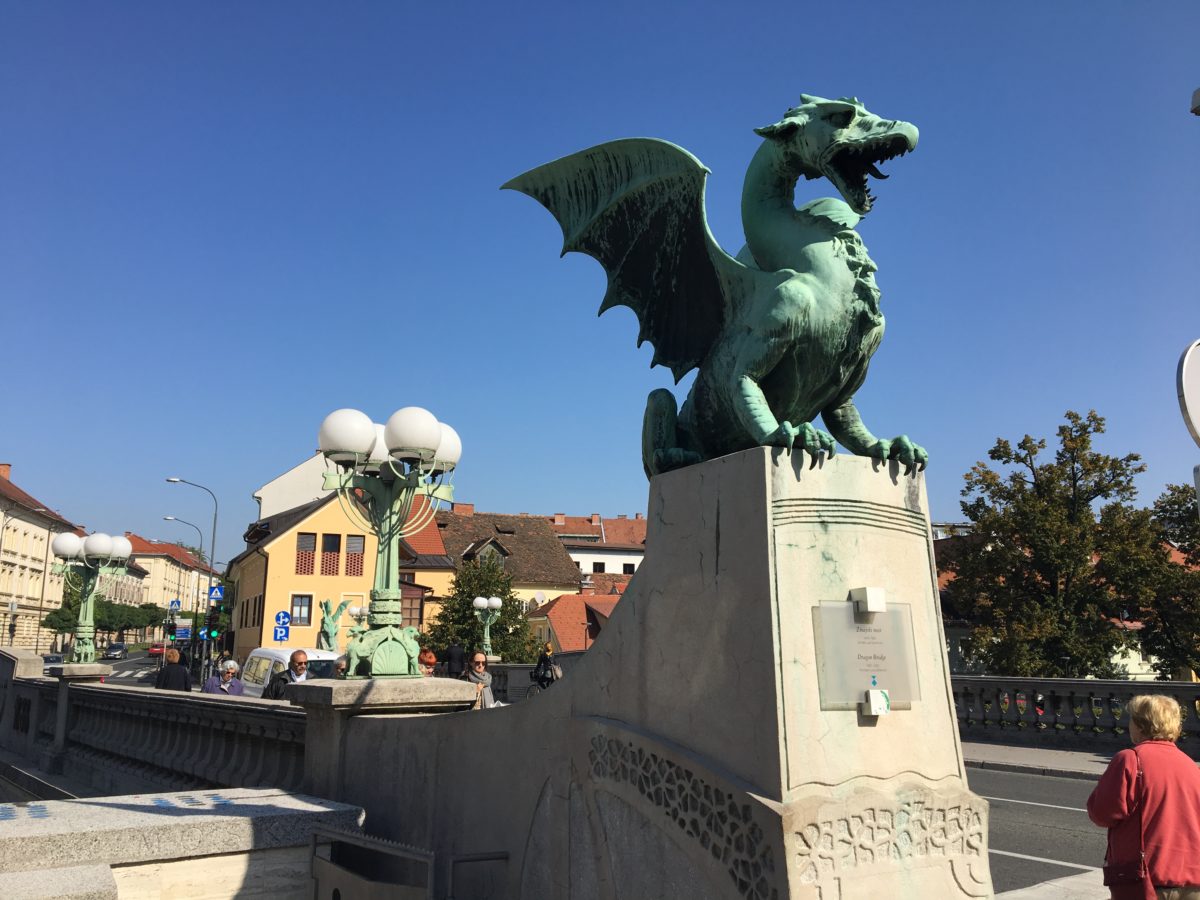 Before Khaleesi laid waste to Lannister soldiers on Game of Thrones, Ljubljana had its own dragons. Between Dragon Bridge in the city centre and the city flag, to the manhole covers and the stuffed dragons for sale in gift shops, you can’t miss them. More than once while in Slovenia I felt like I’d stepped into a fairytale and the dragons definitely helped with that feeling. But what’s the connection? Why is Ljubljana the city of dragons?

As soon as you step off the plane you’ll have your first of many encounters with dragons in Ljubljana. The symbol adorns everything from airport displays to the local team’s football jerseys to the steps of Ljubljana Castle’s lookout tower. The most famous dragon sight without a doubt is the Dragon Bridge, sporting four large dragon statues on its four corner pillars and decorated with 16 smaller dragons. There’s even a local legend that says when a virgin crosses the bridge a dragon will twitch its tail. Of course, no one has seen this yet. ;P

I did a few walking tours during my five days in the city and heard a few different theories of how Ljubljana became associated with dragons. It seems there’s no one hard and fast legend so instead you can be free to pick and choose the one you like best. 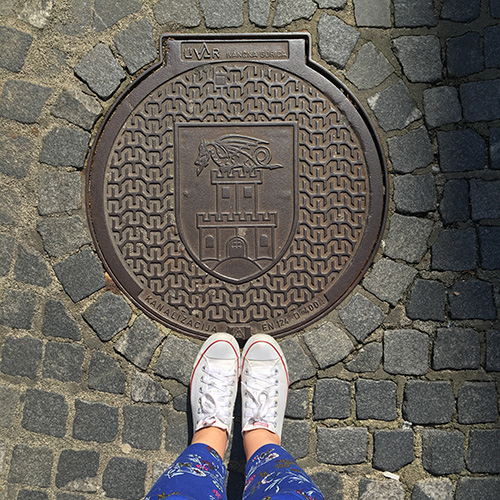 The One with the Greek Hero

One popular contender is from Greek mythology. In order to ascend to the throne of Thessaly as the rightful heir and reclaim it from his power-hungry uncle, Jason was tasked with going on a quest to retrieve the Golden Fleece. He accepted and proceeded to gather a crew of heroes and set sail aboard the Argo.

To cut to the chase, after many trials, Jason and the Argonauts won the Golden Fleece from King Aeetes…and stole away with his daughter Medea, who’d fallen in love with Jason. The king was less than pleased and set his fleet to chase the Argo. The pursuit lasted across the breadth of the Black Sea so Jason turned the Argo up the Danube, to the Sava, and finally to the Ljubljanica in an attempt to get back to Thessaly, Greece in any way he could. Eventually the water grew too shallow and Jason decided that they would need to take apart their ship and carry it overland to the nearby Adriatic Sea. However winter was setting in and moving the ship would take a long time and so they set up camp until spring. Little did they know that they’d stumbled into the territory of the resident dragon.

A fight ensued ending with Jason as the victor and the dragon retreating to the inside of the hill where Ljubljana Castle now sits to pout. To this day, whenever he feels particularly sour he rumbles and causes the earth to shake. Could this be the cause of the 1895 Ljubljana earthquake? Maybe. ;) Why a dragon who lost his only battle became the protector of the city is a bit beyond me though. 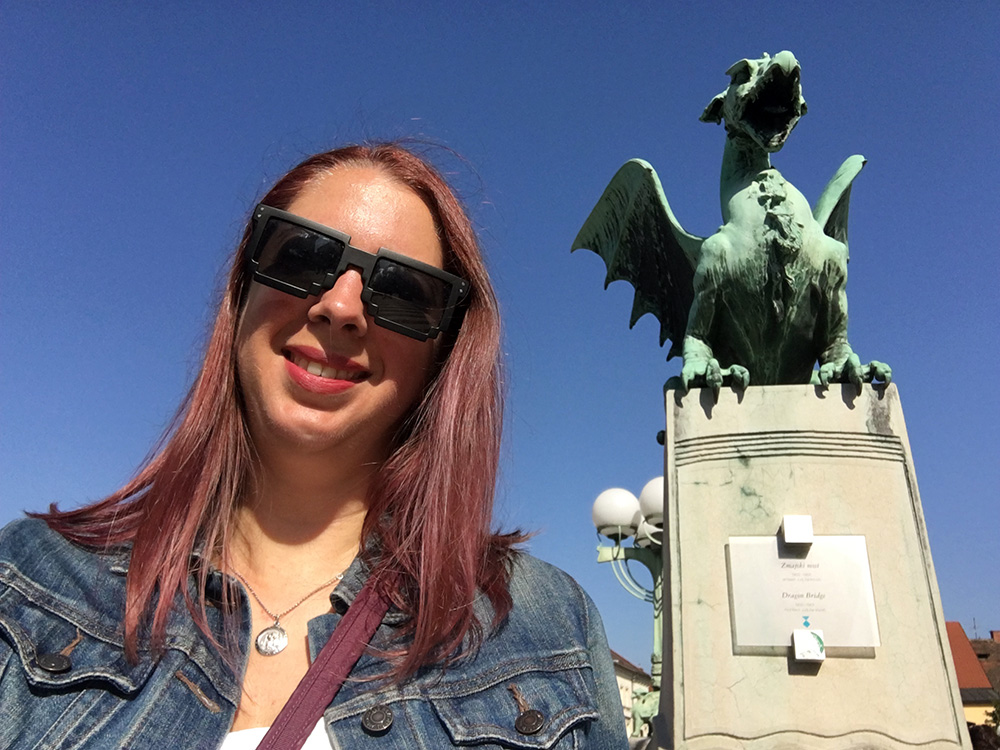 The One with the Christian Saint

The One with the Cynic

Finally, there are those who think the dragon association is much like the reason for the kangaroo fountain in the old town. For no particular reason at all. It just is. One guide I had thought that one day someone just decided that dragons were cool and would be the city’s mascot and word spread like a game of telephone until next thing you knew dragons where actually the city’s mascot. I like a good story so I’m least inclined to go with this origin option for Ljubljana’s dragon. It’s a bit too jaded a view for my tastes.

Regardless of if you prefer Greek mythology, Christian legends, or a more cynical pragmatic take on it, you can always enjoy hunting dragons while walking around the pretty Slovenian capital of Ljubljana. And if you hear the castle hill rumble, just tell the dragon, “Shhh…be quiet and go back to sleep.”

Which story do you prefer about how Ljubljana became the dragon city?