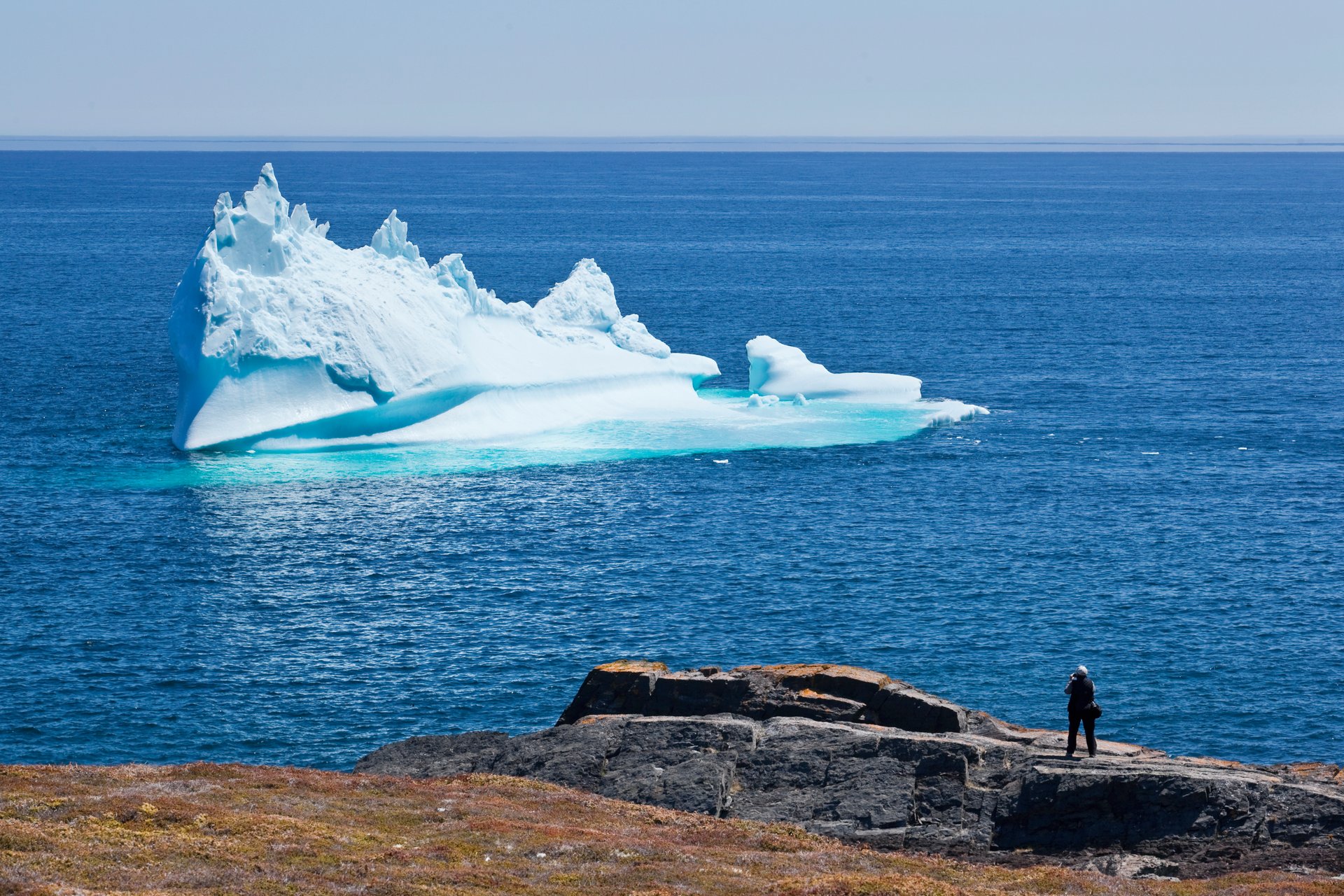 Spring in Newfoundland can be a strange time. One day you can be drinking a Quidi Vidi beer on the deck in shorts and the next you can be brushing snow off your car. It’s a bit of an anything goes time of year. But one thing you can usually count on is the arrival of the icebergs.

Every spring, giant hunks of ice break off from northern glaciers and start their journey south, skipping southeast along our shores. There’s a reason we call that coast Iceberg Alley.

Even though this happens year after year we still look on in awe at their majesty, size, and potential power. If you’ve ever seen an iceberg roll you‘ll know that they’re a force to be reckoned with. We gather to amaze at their colours – from snow white to the coolest of blues.

People come from far and wide just to catch a glimpse. It’s every photographer’s paradise to shoot one of these beauties. So we wanted to give you the lowdown on how to see them for yourself.

What is the best time of year to see icebergs in Newfoundland?

The best time of year to see icebergs in Newfoundland is in the late spring and early summer. We can often get icebergs in April but if there is a lot of sea ice it can prevent tour operators from getting out on the water. Between May and July is your best chance to see those giant ice formations off the coast of Canada’s easternmost province. Keep in mind that icebergs will disappear faster the further south east you go.

Are there icebergs in Newfoundland right now?

Not yet. But keep your eye on IcebergFinder.com for up to date info.

Where is Iceberg Alley in Newfoundland?

The stretch of coast known as Iceberg Alley in Newfoundland is located from the coast of Labrador to the southeast corner of the island portion of the province. This is where you’re most likely to see an iceberg in the spring. Popular towns along the route for iceberg watching include Red Bay, Battle Harbour, Twillingate, Fogo, Bonavista, Trinity.

Keep in mind that icebergs tend to be more plentiful the further north you go. You can even think of them like stones skipping on water. They tend to skim across mostly hitting in three regions on the island: the Great Northern Peninsula, the Kittiwake Coast, and the Avalon Peninsula. 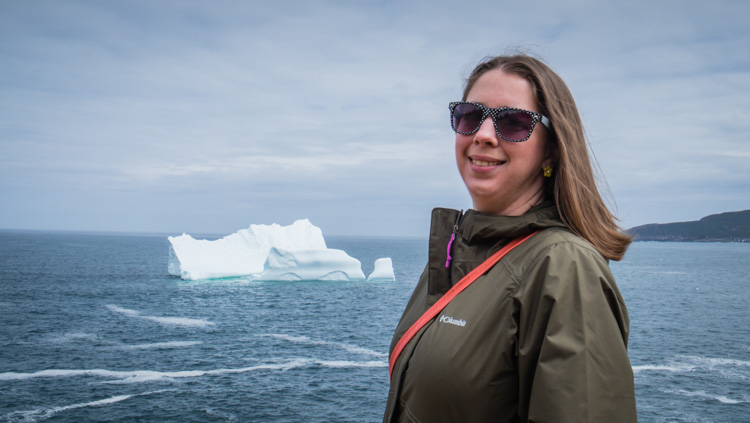 Best towns to see icebergs in Newfoundland and Labrador

Located at the tip of the Northern Peninsula, St. Anthony is in a perfect position to catch the icebergs coming from Labrador. The biggest bergs will make their way southeast but many of the smaller ones will melt away before the journey is done so here you get to catch ‘em all.

Twillingate is a popular summer tourism town with tons to do, including boat tours that will take you out to see icebergs. If you’re rather stay on land you can head to the Long Point Lighthouse for a great iceberg lookout spot.

The Bonavista is a summer darling with great hikes, cute coffee shops, and more. Plus, they’re also a great place to icebergs, puffins, and whales. Try one of the Hike Discovery trails or hop on a zodiac to go iceberg hunting.

Despite being so far east, you can still spot some icebergs off Cape Spear or from Signal Hill during a busy iceberg season.

While it might be known more for whales and seabirds, if there’s an iceberg off of Witless Bay, the tour operators here will find it for you. 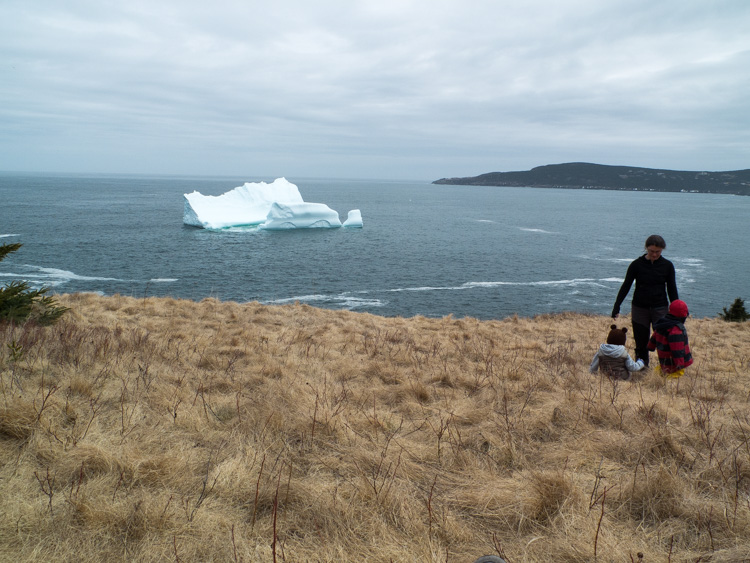 How big are the icebergs in Newfoundland?

Icebergs can vary greatly in size and shape but there’s a minimum size a piece of ice needs to be to be called an iceberg. To be classified as an iceberg, it must rise at least 16’ out of the water and be at least 98’ thick. Smaller pieces of ice are known as “bergy bits” and “growlers”.

Icebergs also come in several different shapes, most commonly as tabular and non-tabular. The most spectacular icebergs – thes ones you likely picture when you think of the word ‘iceberg’ – are the blocky pinnacled bergs that shoot up from the ocean in spikey grandeur.

How old are icebergs in Newfoundland?

10,000 years and counting. The glacial ice that creates our icebergs was formed during the last ice age.

Where can you see whales and icebergs in Newfoundland?

If you want to double the bang for your buck and see both whales and icebergs together in Newfoundland, visit towns like Twillingate, Trinity, or Bay Bulls in June or July when there is some overlap between the two giants of the sea. There is also overlap with seabirds during this time so see if you can get the Newfoundland trifecta photo: an iceberg, a whale, and a puffin!

To check out the real-time crop of icebergs off Newfoundland and Labrador’s coasts, hop over to IcebergFinder.com And if you spot one that wasn’t on the map, be sure to add it.

These are just some of our favourite tour operators that will take your out on a boat tour to see icebergs: