I Went to NYC and All I Got Was 4 Stitches 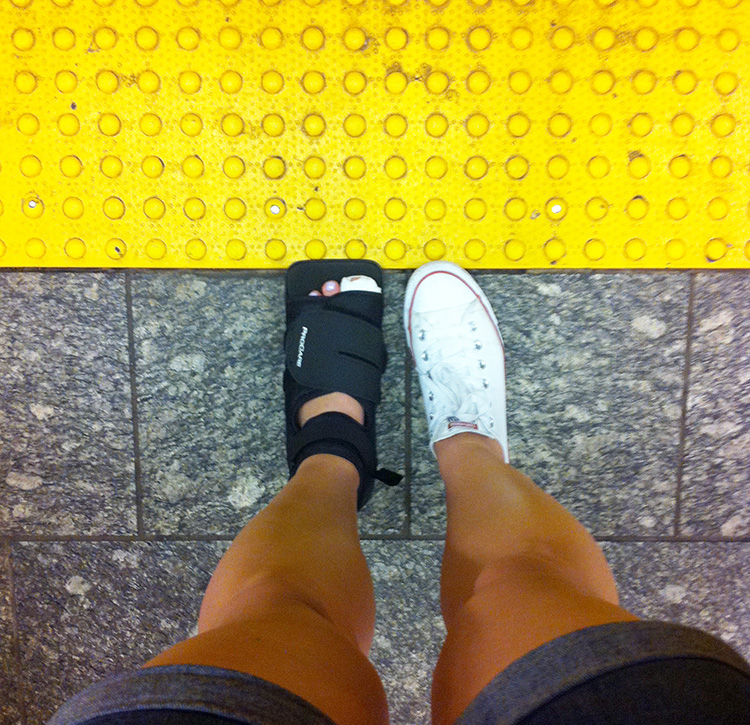 So there I was, crouched on the sidewalk outside a Rite Aid on West 12th St in New York City with a handful of tourists huddled around me. I was trying to simultaneously dress a wound and keep my shit together. I was only moderately successful on both fronts.

“I think you’re going to need stitches,” one guy said in between Google searches for urgent care clinics. “Noooo…,” I thought as a wave of anxiety hit me. It was only day two of my vacation in the city.

At first, I thought I’d just stubbed my toe and brushed it off when the guy walking up next to me asked if I was ok. But my toe was hurting. Once I pushed past the turnstile I looked down. “Holy shit. I’m bleeding. Quite a bit.” I immediately dug out the pack of tissues I kept in my purse and tried to get my sandal off to assess the damage while keeping the mounting nausea and panic at bay as the tissues turned bright red as soon as they touched my foot. I don’t deal well with injuries.

Thankful for tourists and Google

It was only a moment before the first group of young tourists stopped to help me. I never got their names but I’ll forever be thankful to them. They Googled a clinic, secured me a cab, helped me make a makeshift tourniquet with a hair tie and wad of tissues, and helped me up the last set of stairs to the outside world.

The cab dropped me off at the corner and I hobbled to the next building only to discover that the clinic was closed. It was Sunday at 7:30pm. Shit. That’s when I spotted a Rite Aid and hobbled over to at least get some gauze pads, tape, water, and antibiotic ointment.

That’s when the second group of 20-something tourists stopped to see if I needed help. A girl helped me tape the gauze pad to my toe while the guys Googled for another clinic. It was only around the corner so, after assuring them I wasn’t about to pass out and could make it there on my own, I set out. It was also closed. Dammit.

I pulled out my phone and did a search. I haven’t been as thankful to have a data plan as I was right then, alone and bleeding on a New York sidewalk. I had an unlimited data plan for my trip so I didn’t have to worry about crazy roaming fees while I frantically searched for a clinic that would be open. CityMD was open until 9pm. Hallelujah. 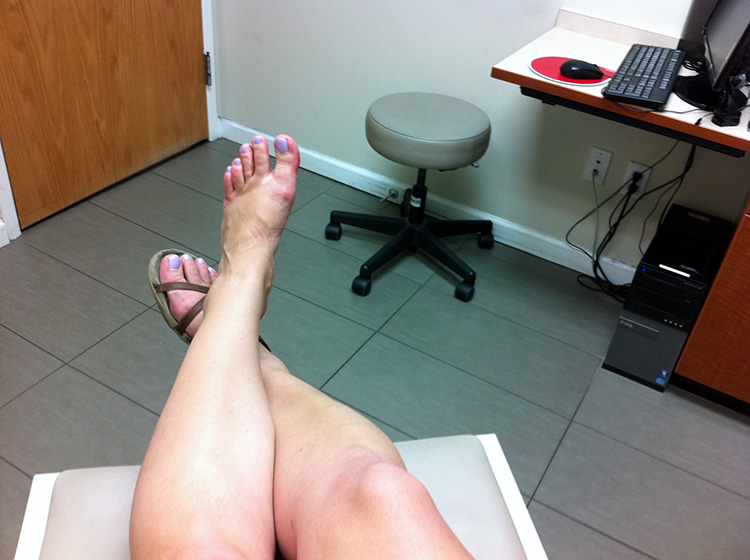 The waiting room of the clinic could’ve been the lobby of a hotel. It was modern, airy, and minimalist…and not crammed with people. I told the receptionist what had happened and that I was Canadian so yes, I knew I was going to need to pay up front. Dreams of Broadway shows and shoe shopping going out the window as I thought about how much my clumsiness was going to cost me up front. In less than 20 minutes a doctor was looking after my foot. Yep, stitches were definitely needed.

Again, thanks to my data plan I was able to get in touch with my friends and family from right there in the waiting room to let them know what was happening. It kept me from feeling all alone since I was travelling solo. They kept my anxiety in check. Friends rock, even when they’re 1,000km away.

The staff at CityMD couldn’t have been nicer or more efficient. I was in and out in under an hour, with 4 stitches, a very unfashionable hard-soled shoe, a prescription for 5 days of antibiotics, and instructions to come back in 2 days to have my toe checked again.  The total bill… $325 USD. Could’ve been worse. At least I had insurance.

The first person I emailed when I got back to my hotel was my insurance rep. I wanted to make sure that I was covered. What a relief! I had left for my trip with only the assumption that I probably had insurance through my work plan or through my credit card. You really never know when an accident will happen. It could’ve been much worse than a $325 bill. I definitely won’t be travelling without confirmed insurance again. 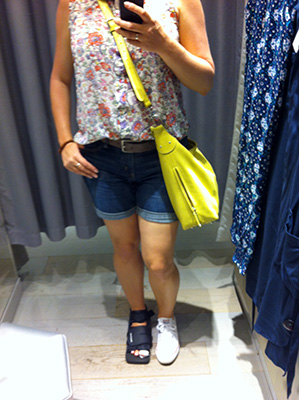 After spending the rest of the night feeling sorry for myself, I woke up determined to not let it ruin my trip. I was slower than normal but I still got where I wanted to go. More often than not, the ugly boot got me a seat on the subway too. ;)

Knowing that I would be reimbursed for my medical expenses, I bought that Broadway ticket after all (and met one of the stars after the show). I even went shoe shopping, though I could only try on the right shoe.

Throughout my ordeal there were three things that I was very grateful for: kind tourists who stopped to help, an unlimited US data plan, and travel insurance. I will always travel with the latter two and hope to be the former if I can ever help someone else out.

My toe will be ok, but let us all have a moment of silence for my beloved Merrell sandals. They served me well and deserved a better end than to be stained and ruined in such a gruesome manner.

Do you travel with insurance? If not, will you now?

If you’re planning a trip, use the widget below to explore your travel insurance options from World Nomads.