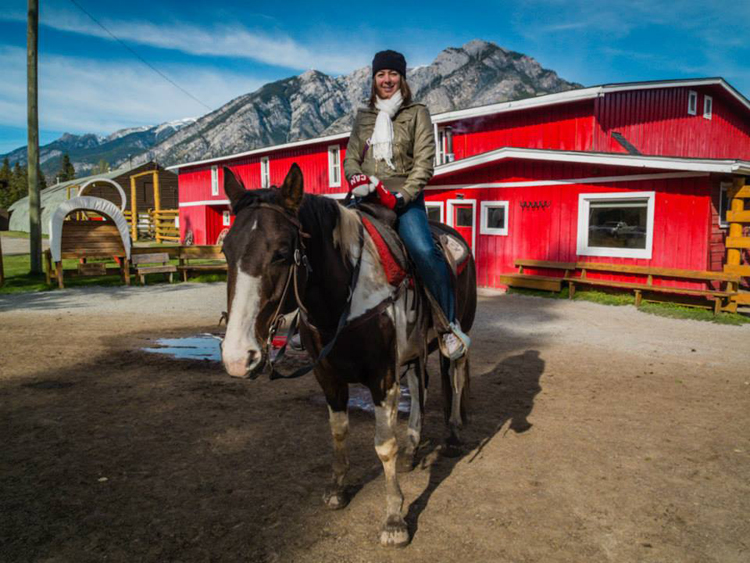 I could see my breath as I tried to persuade Pilsner, my trusty steed for the day, to veer off the paved road and back onto the well-trod, cold, mucky trail we were meant to be on. The lead horse had been breaking the thin crust of ice on the puddles during our October morning ride. “I don’t blame you buddy but. You’re. Not. Allowed. On. The road.” I said, punctuating each word with a tug on his harness, the final one being met by a snort and a head shake. Pilsner was a stubborn horse. We were well-matched. 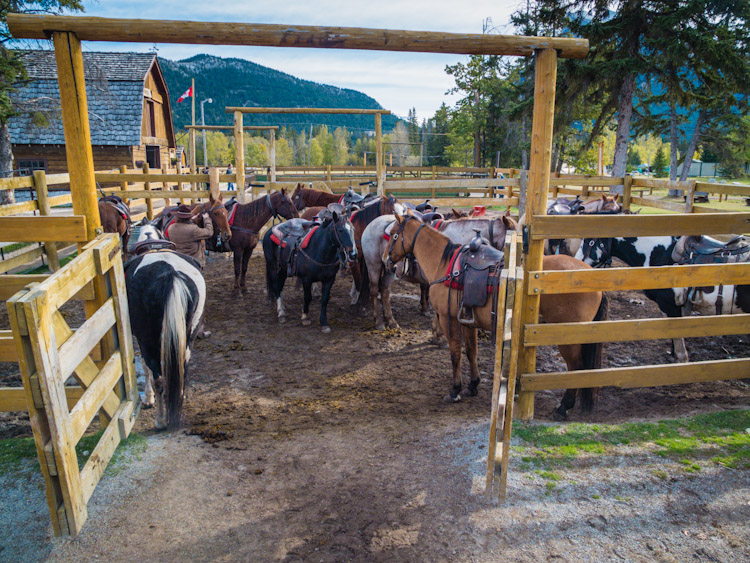 As cliché as it might be there’s just something about Alberta that makes me want to play cowgirl. Jeans, hat, boots, big belt buckle…I want the whole deal. Don’t tell anyone, but I even listened to some country music while I was there…and enjoyed it. So seeing as I was in the cowgirl mindset I couldn’t go to Banff and not go horseback riding. That would feel like going to Costa Rica and not zip lining. My time in town was quite limited so I chose a two hour morning trail ride on the outskirts of town. There was a definite nip in the air and both horses and waiting humans were stamping their feet while we waited to get going. 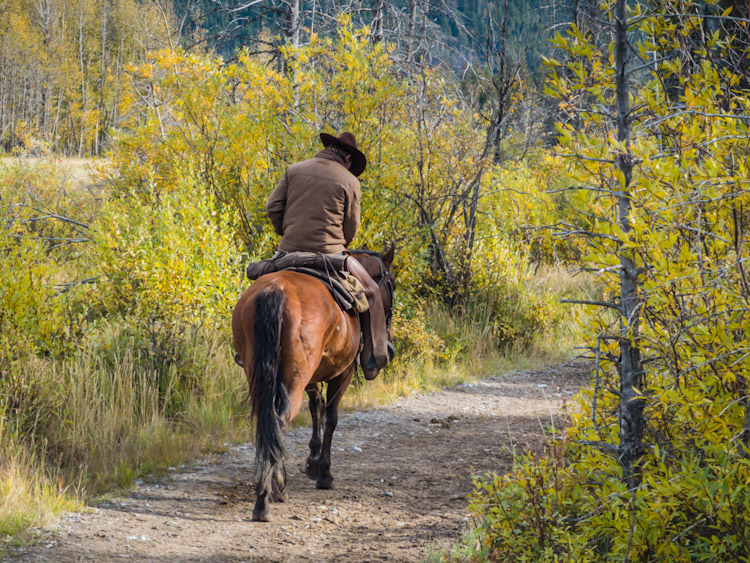 My trailmates for the day were two Japanese girls and our guide, who was the strong silent type. The silence made for quite a contemplative ride. The path snaked through the woods and  occasionally ran parallel to a paved path next to the turquoise waters of the Bow River. My love affair with the juxtaposition of mountains and water was not abating in the least. I may have audibly oohed or ahhed at some bends in the road when a new view was exposed. 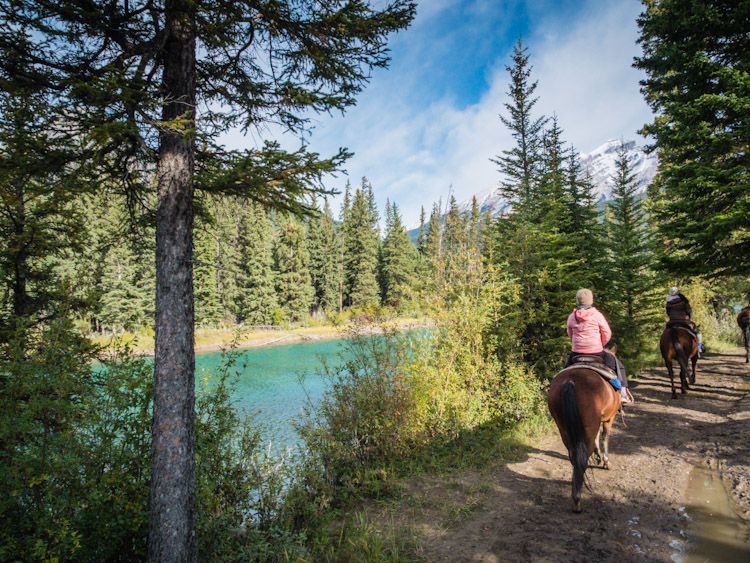 Pro tip: taking photographs one-handed from horseback with mittens on is no easy feat, but  sometimes you’ll get lucky. 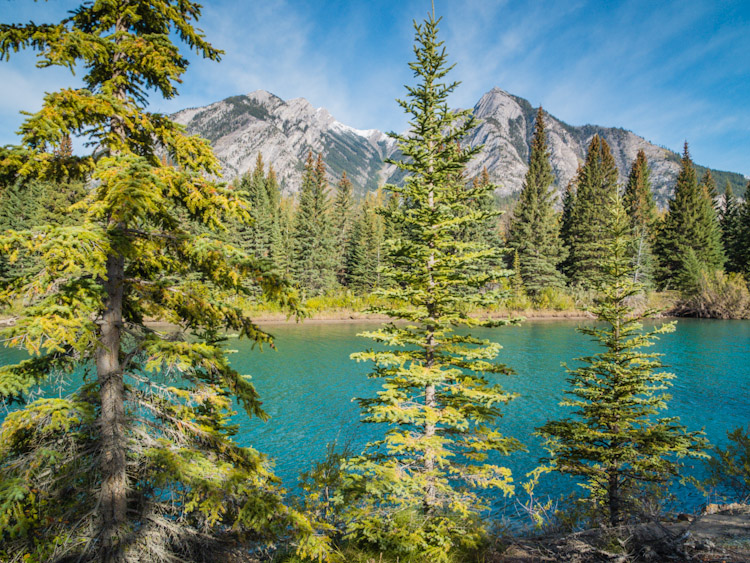 I deeply breathed in the crisp mountain air. I listened to the sucking, splooshing sounds of the other horses’ hooves on the wet trail and the rebellious clip clop of my own horse on the paved path. At one point I got a little anxious that my horse might slip as we were descending  a rocky hill but Pilsner knew that route inside and out. Even if you’d never been on a horse before you’d have nothing to worry about here. As we rode on, a sense of peace washed over me, even greater than what I feel after a long yoga session. There is something about nature that can still my mind like nothing else. 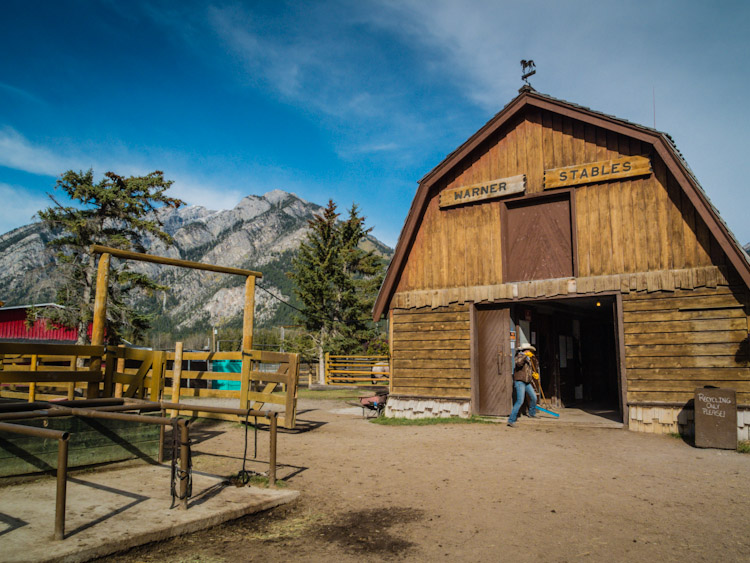 Despite my four layers, two pairs of gloves/mitts, scarf and fleece hat by the time we’d looped back to the stables two hours later I was thoroughly chilled.However, if my smile could’ve warmed me I would’ve been just toasty since I couldn’t wipe it off my face. With scenery like this, how could I not beam? 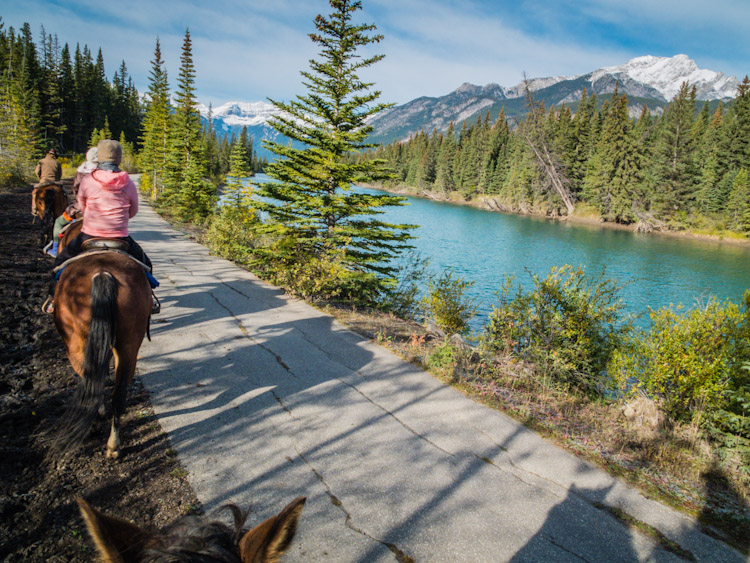 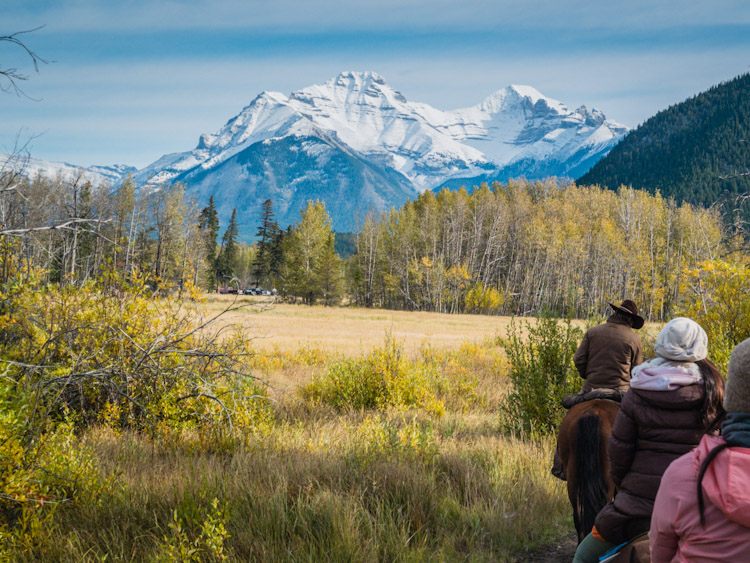 Have you ever gone horseback riding in Alberta?