A Guide to Newfoundland Craft Breweries

Newfoundland beer might be a bit late to the microbrewery and craft beer game but we’re starting to catch up in a big and tasty way. While our oldest brewery opened in 1996, it didn’t have a lot of company until 2008. Now there are almost 20 Newfoundland breweries right across the province. For a province that’s typically known for mass-brewed, but limited availability, beer like Black Horse and India (Molson Coors) or Blue Star and Jockey Club (Labbatt) we’re becoming a legit craft beer destination.

How Many Microbreweries are in Newfoundland?

At the moment, there are 19 craft breweries open in Newfoundland all the way from St. John’s to Corner Brook, St. Anthony, and Labrador.

If you’re visiting and want to know where to find all this delicious new craft beer, I’ve compiled a handy guide to Newfoundland breweries. I’ve decided to leave out the two national breweries in town: Molson Coors and Labatt, and instead focus on smaller operations. 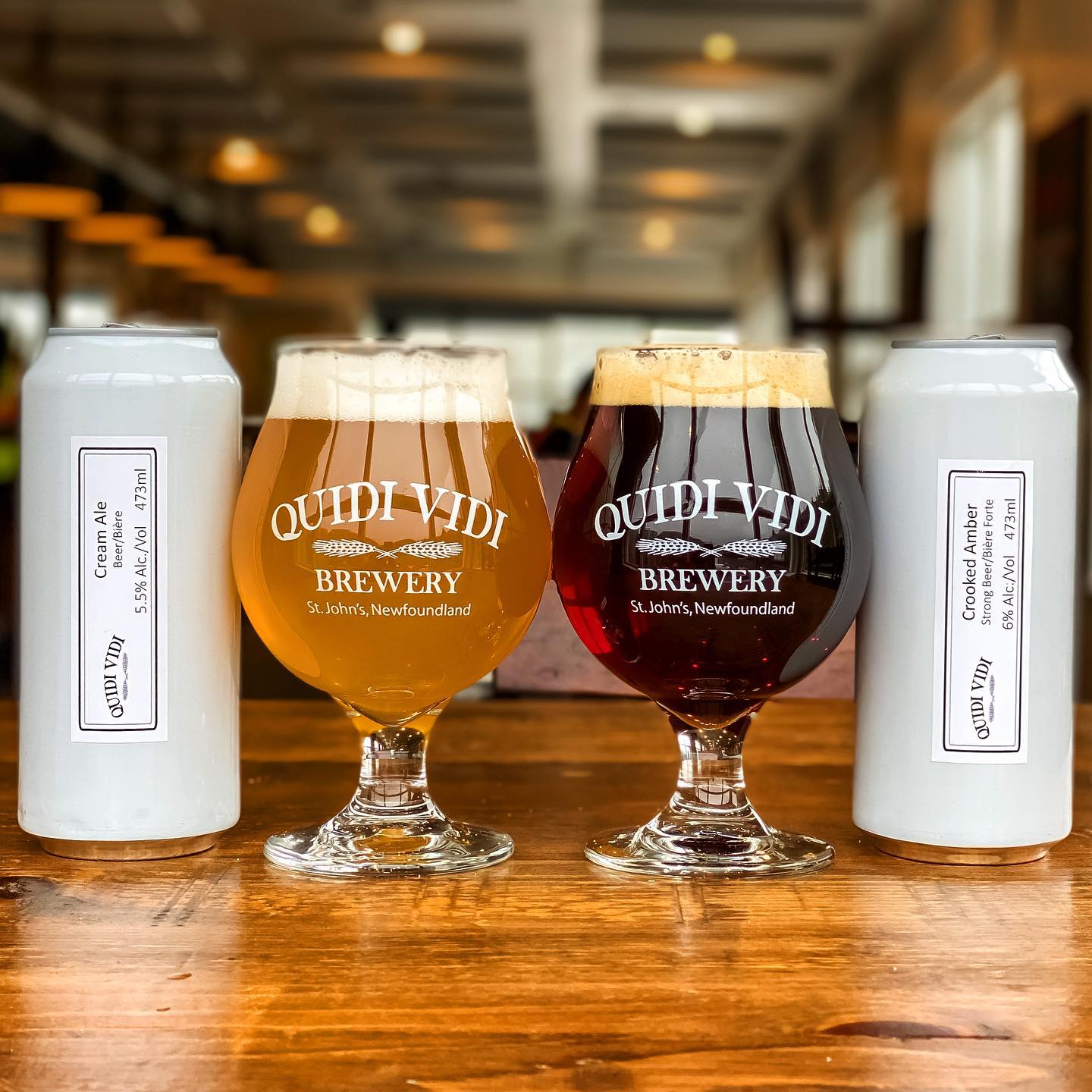 Quidi Vidi Brewing Co. opened for business in 1996 as one of the first microbreweries in Newfoundland and Labrador. It’s located in Quidi Vidi village just a few minutes from the heart of downtown St. John’s and offer brewery tours and tastings during the summer. My favourite of theirs is the Iceberg Beer, made from melted down local iceberg ice, making it a super pure taste.

In 2018 Quidi Vidi Brewery underwent a major renovation and expansion that added a three-barrel pilot system to their brew room. Since then they have gotten very creative with their brews, pushing past their stalwarts and experimenting with new flavours and styles. They have since become one of the most prolific and innovative breweries in Newfoundland.

In late 2020, they opened their Hops Shop at 16 Harbour View Ave in east St. John’s where you can pick up beer, gift cards, and merchandise. 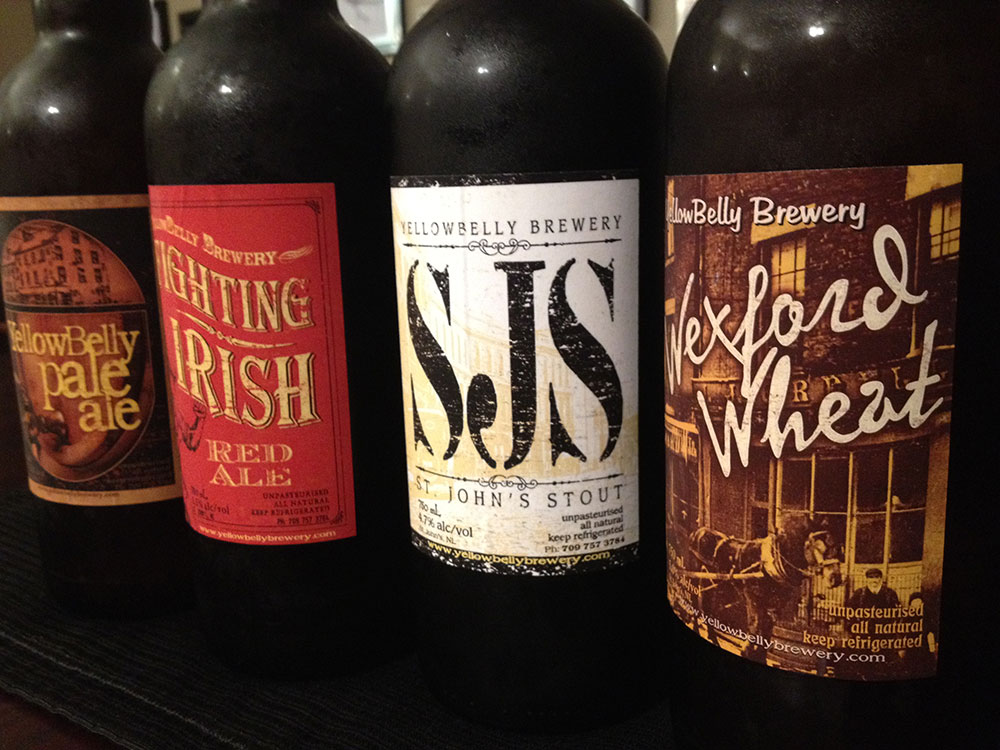 YellowBelly was the first new entry to the microbrewery business in over a decade and remains the only locally owned brewpub in the province. This is one of the first places I recommend visitors stop for a bite and a pint. Housed in a fully restored building from 1846 the place oozes character. While their repertoire isn’t large – they stick to half a dozen styles – the quality is always reliable. I’m a fan of the Wexford Wheat but if you’re a Guinness drinker, their St. John’s Stout can’t be beat.

With locations downtown at the St. John’s Airport and availability at NLC locations, it’s easy to get yourself some Come From Away ale during your Newfoundland vacation. They also offer tastings and tours out of their downtown location. 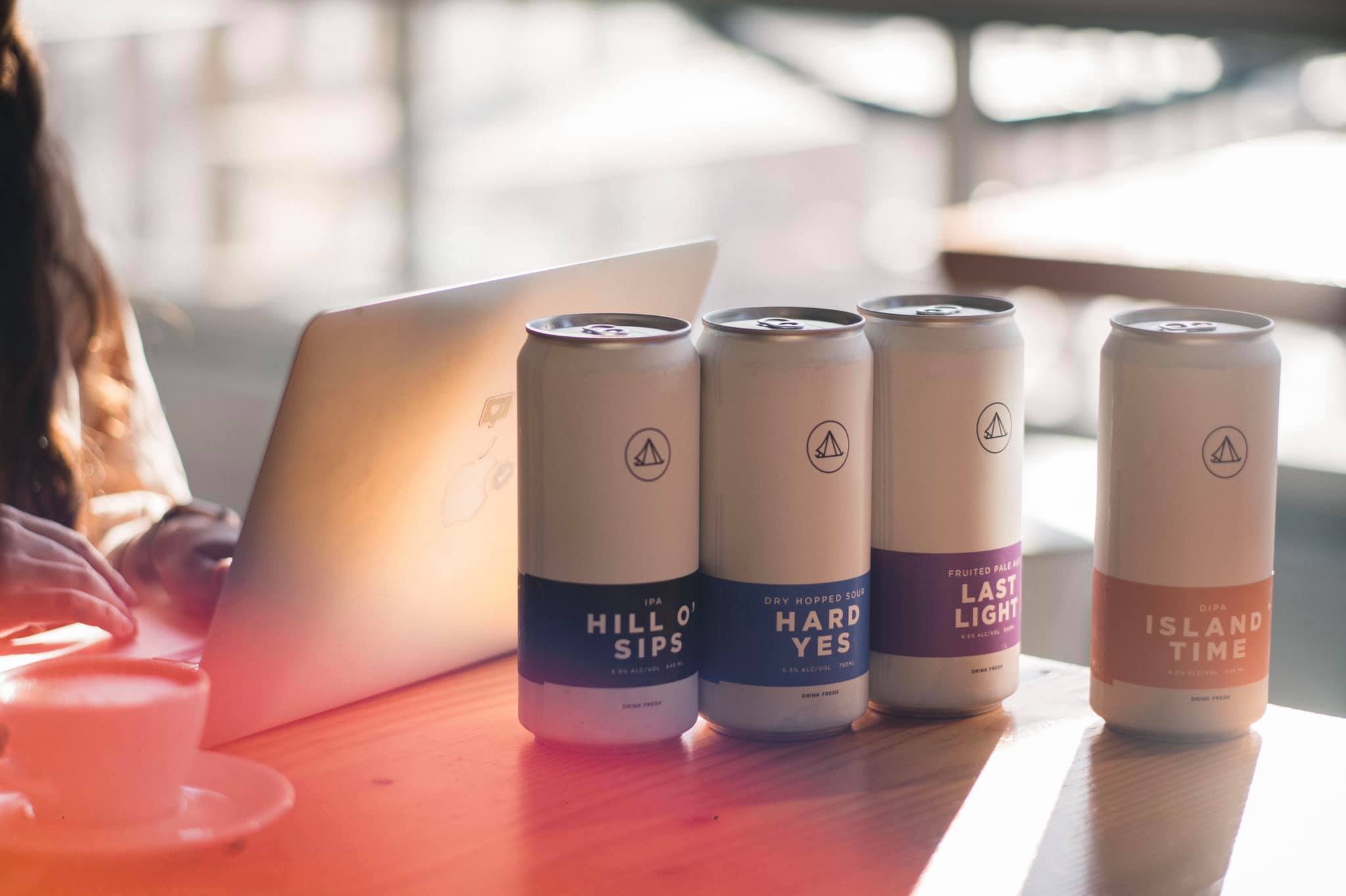 Bannerman Brewing Co. is named for the nearby park and operating out of the former East End fire station on Duckworth Street in St. John’s. Since opening in May 2019 they have become a popular gathering place for locals. Operating as a coffee shop in the morning and brewery in the afternoon and evening means that you can always drop in to have a chat with a friend or get caught on work on your laptop at one of the communal tables in the bright and airy taproom. 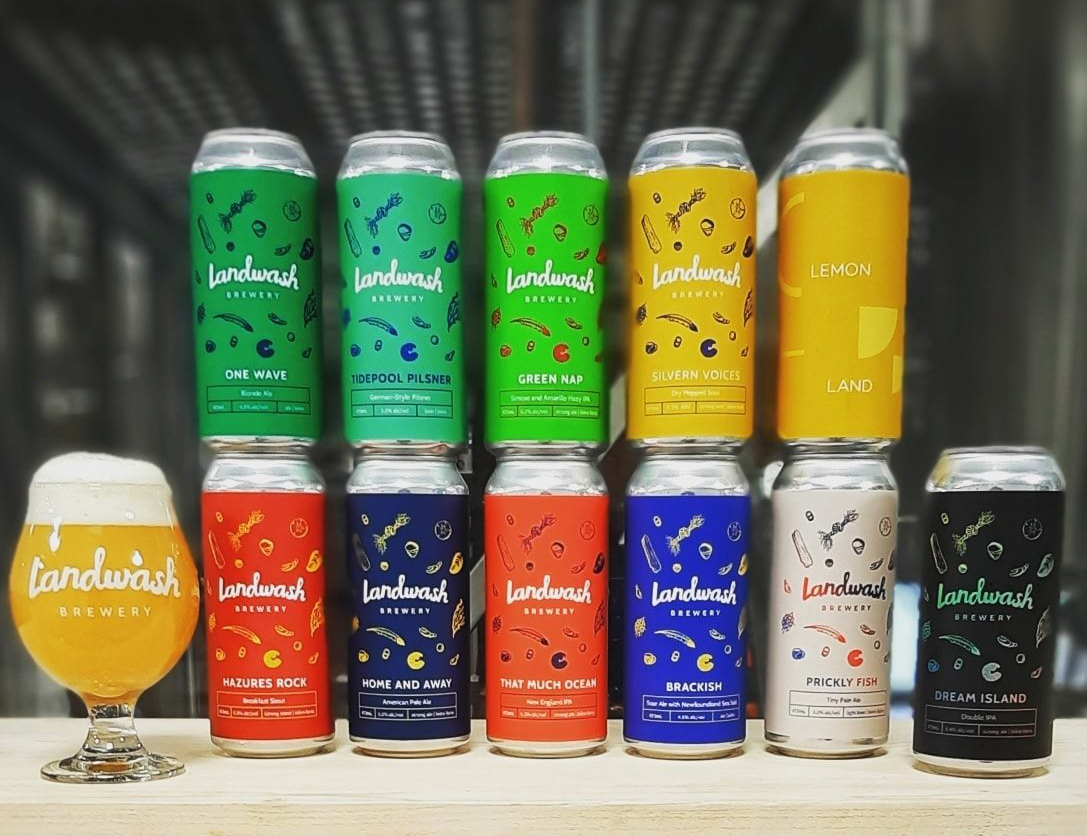 Landwash Brewery opened in December 2018, becoming the first taproom in Mount Pearl. They brew flavour-forward beers inspired by modern American craft beer with some German leanings and serve it up in their bright and welcoming, beer-hall style taproom where you can also grab some food from Saucy Mouth Food Truck. The brewery itself gets its name from one owner’s grandmother who used the term to refer to the beach in Branch where the family originates. The Newfoundland Dictionary defines “land wash” as the area on the beach between low and high tides. Each of their brews is high-quality and approachable. In fact, many in the know have claimed that Brackish is the best sour in the entire province.

Storm Brewing is one of the oldest microbrews in Newfoundland and probably the one that people know least about aside from the fact that they’ve stuck to the Newfoundland style stubby bottles. They don’t have any public buildings and their supply can be spotty so it’s not always available but if you can get your hands on some raspberry wheat, grab it. 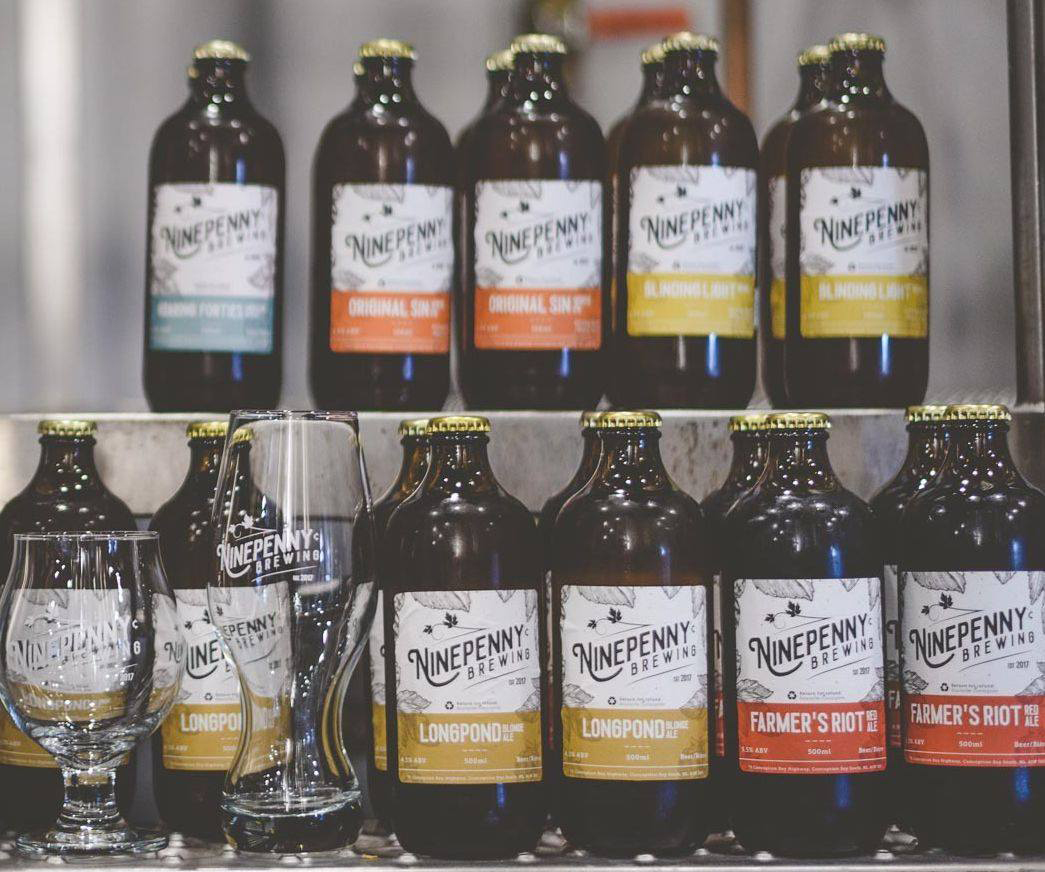 Ninepenny Brewing is a craft brewery in Conception Bay South, NL that was created by friends. The name is born from their ancestors’ love of beer and pays homage to the old English pubs where stories were told and beers were shared. It also makes a subtle nod to the nine communities that came together to create Conception Bay South. They started serving in February and had their official grand opening in June 2019.

Most of the names for our beers are inspired by the history of the region, especially the ways in which it has played a part in local, national, and international history. 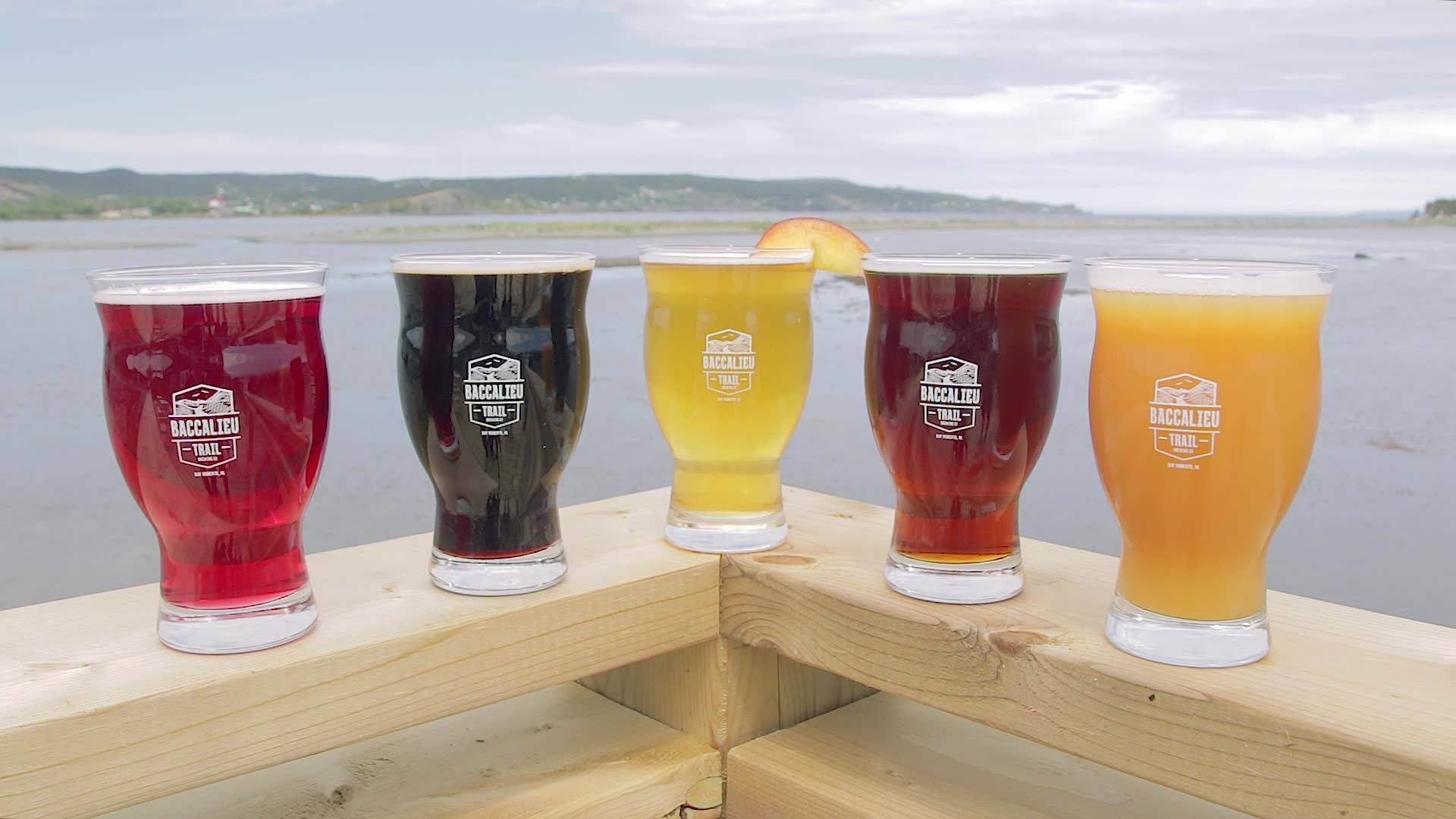 Baccalieu Trail Brewing Company is set up in the Town of Bay Roberts, along the Conception Bay Highway, on the Baccalieu Trail. They focus on classic beer styles, brewed in small batches. One of their goals is to become a community hub and promote all that the Baccalieu Trail has to offer. Be sure to try their Mad Rock NEIPA when you visit. 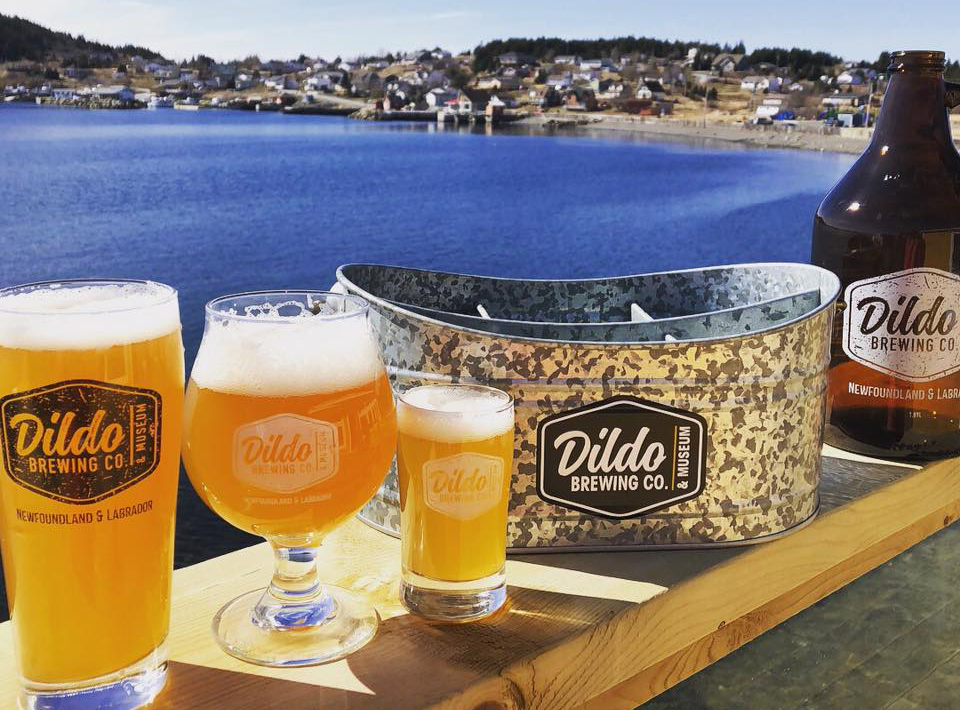 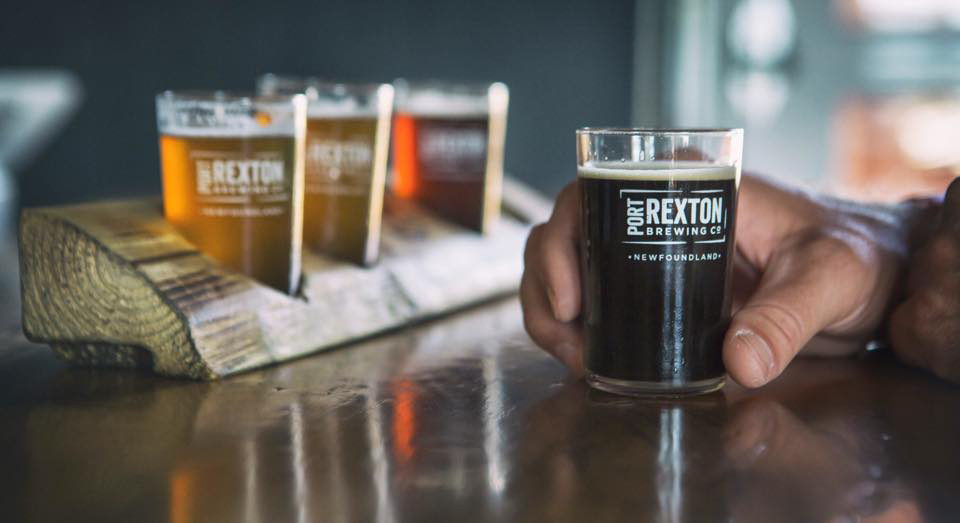 Port Rexton Brewing Co. is the current tourism and local brewing darling. They opened last summer and couldn’t keep up with demand. It seemed the most unlikely thing, a microbrewery in a town of 350 people but Newfoundlanders were clamouring for more craft beer and the local community welcomed the out of town brewers with open arms. In short time, the taproom has become the hub of the community and people routinely make the three hour drive from St. John’s to have a taste. If you want a perfect day, hike the Skerwink Trail and then head to the Port Rexton taproom for a pint of Baycation Blonde. You’re welcome. 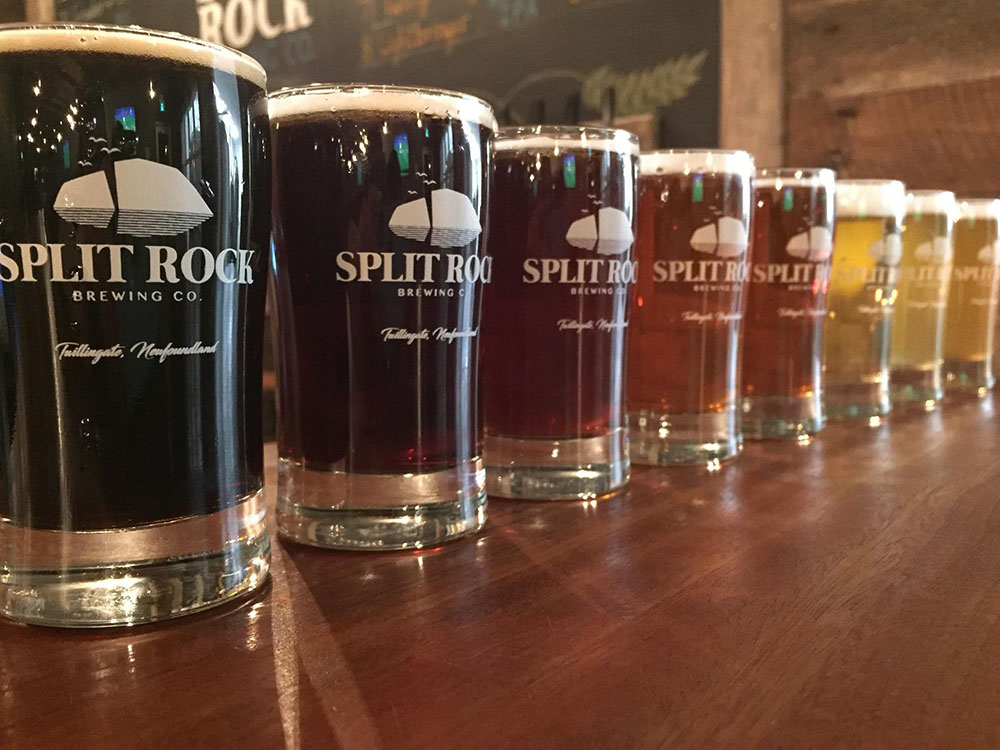 Twillingate already has icebergs, whales, stupidly beautiful scenery, and as of this summer it has microbrewery. The owner group has a love of English-style beers so that’s what you can expect. Split Rock Brewing opened for business on August 21, 2017 so be sure to have a pint when you’re in Twillingate. 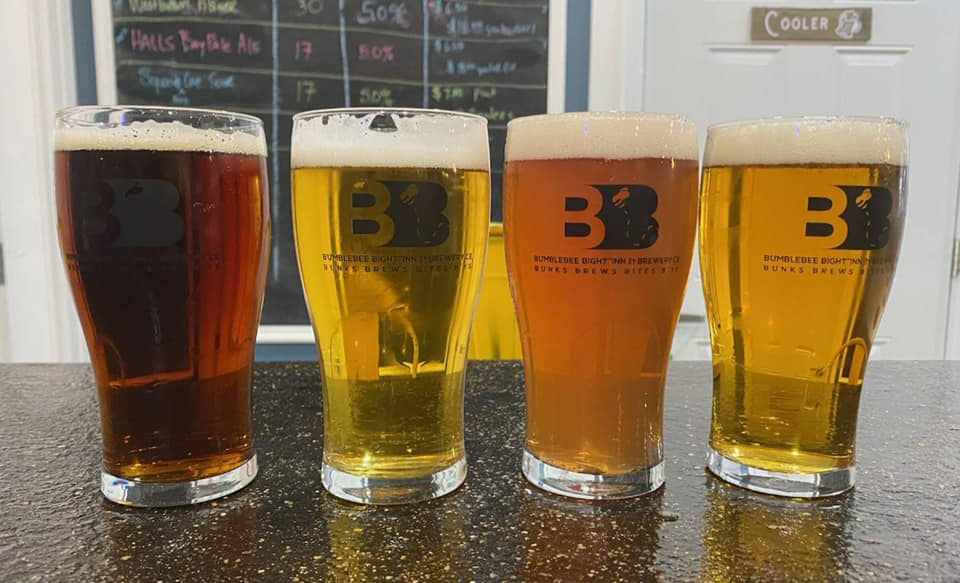 Hidden in Pilley’s Island, Green Bay South, Central is Bumblebee Bight Inn and Brewery Co., the newest addition to the Newfoundland and Labrador craft beer family. They are also the first craft brewery to include guest rooms. Bunks, brews, and bites, is their motto. The owners even have plans for a beer boat tour that would shuttle customers to different parts of the bay that inspired their different products. I can’t think of a better local experience than that. 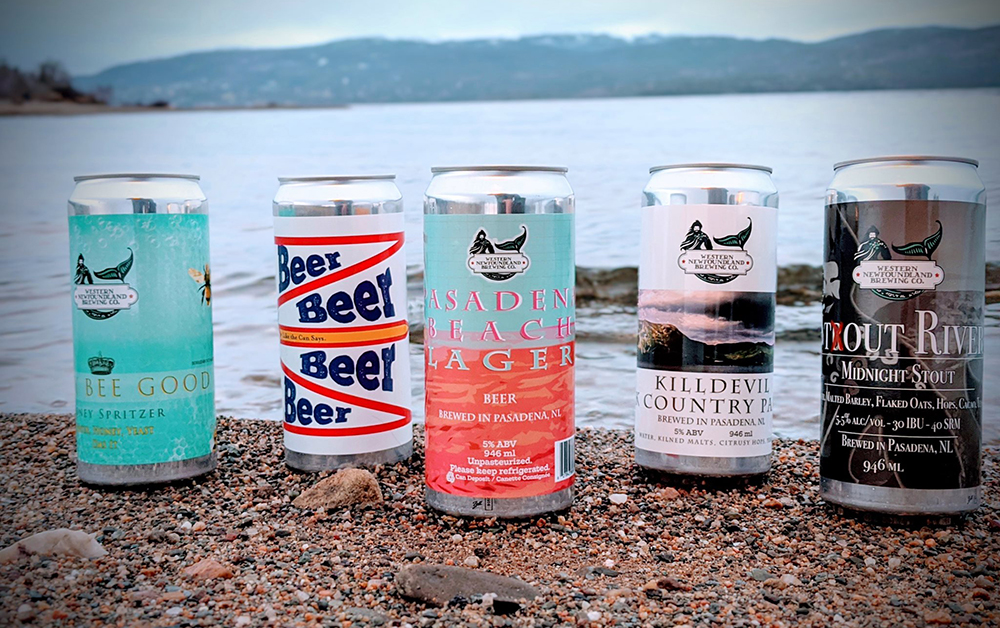 The Western Newfound Brewing Co is considered a nano-brewery, producing up to five kegs a day. It’s small but mighty…first only available in western Newfoundland but now you can find them at NLC locations. They have no public brewhouse but during the summer you can find their beer on tap at a handful of restaurants, like Galliott Studios in Gros Morne. 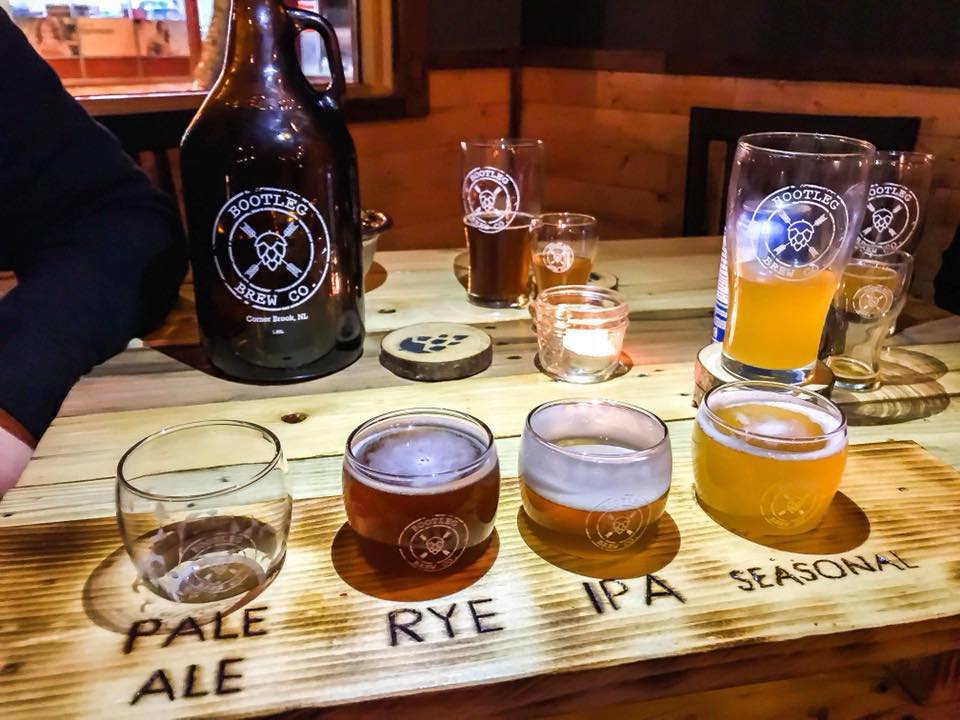 Bootleg Brew Co. is now open at 92 West Street, Corner Brook. The brewery wanted an original, yet local sounding name that stood out from the crowd and so decided to name their business after Newfoundland’s large role in bootlegging prohibition. While most breweries offer the standard IPA or pale ale, Bootleg is trying to differentiate themselves by offering visitors something a little different like their Breaker Room Grisette, a wheaty beer that uses new world saison yeast, and the Just The Tip Spruce IPA which uses locally foraged spruce tips. 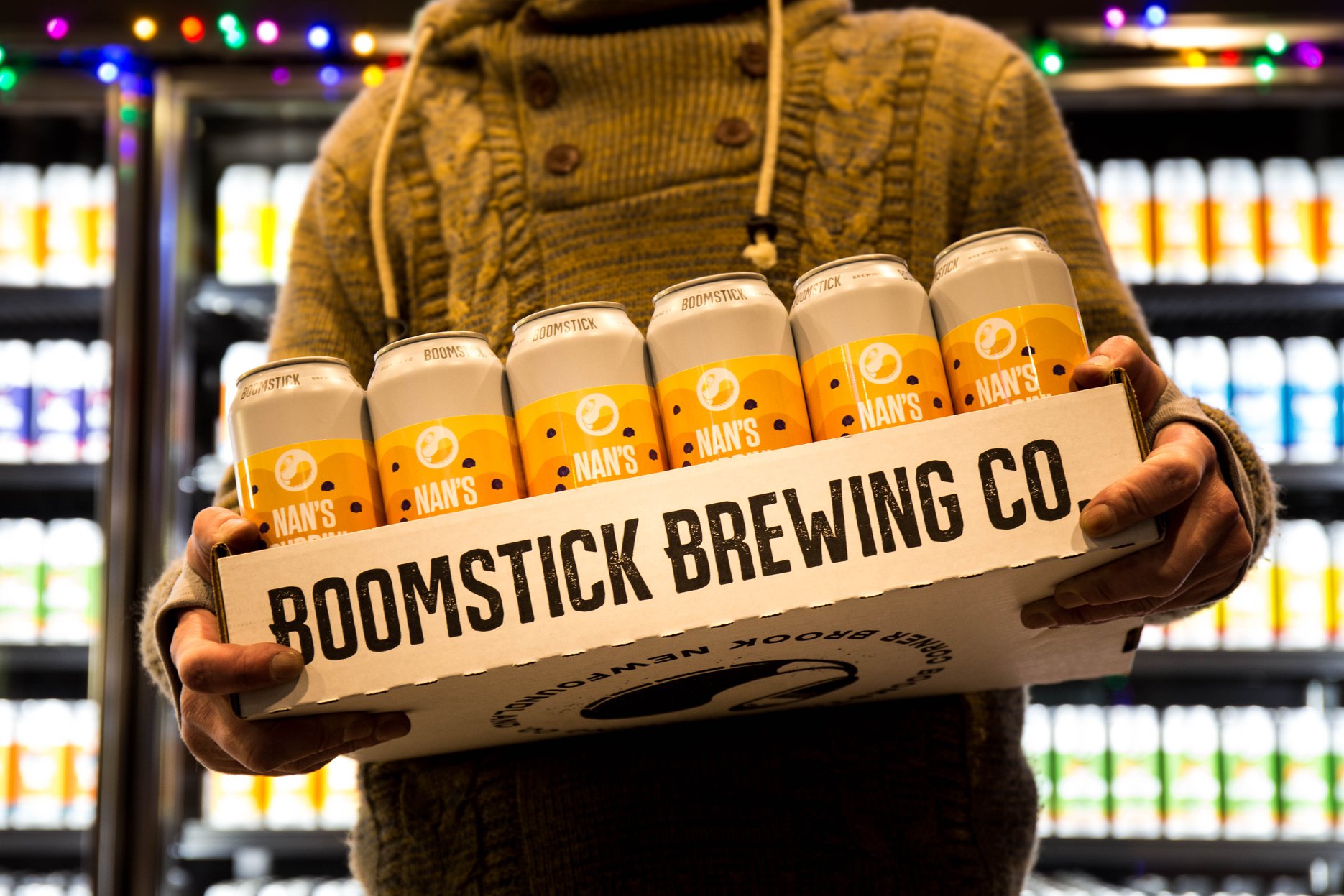 Boomstick Brewing Company is Corner Brook’s second addition to the collection of Newfoundland breweries, partnering with the Hew & Draw Hotel. The name harkens back to the town’s logging days while their brews are a selection of quirky-themed (and tasty) beers, including a Bitter Bird English-style ale and a Wild Bologna India Pale Ale. If you’re curious about the brewing process you can sign up for a brewery tour with Brewmaster Mike. 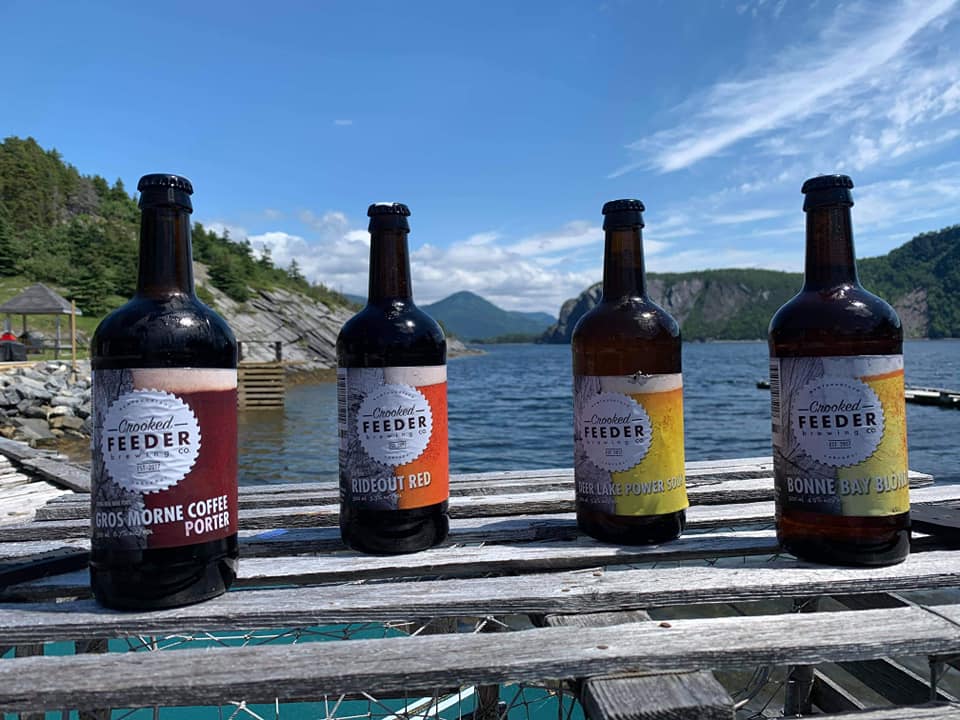 Crooked Feeder Brewing Co. is full steam ahead. They delivered their first keg to Newfound Sushi on November 22, 2018. Named after the “Crooked Feeder” stream system near the exit to Howley from the Trans Canada Highway, the goal was named the brewery after something that would resonate with Newfoundlanders and be intriguing to tourists. Mission accomplished. This brewery is also unique in that it was built with as much locally sourced equipment as possible. The entire brew system was built using fermenting equipment and brew kettles fabricated from the old sawmill site that the brewery sits on. Hoppy beers are what the Crooked Feeder team like to drink and it’s what you’ll find on their taps. 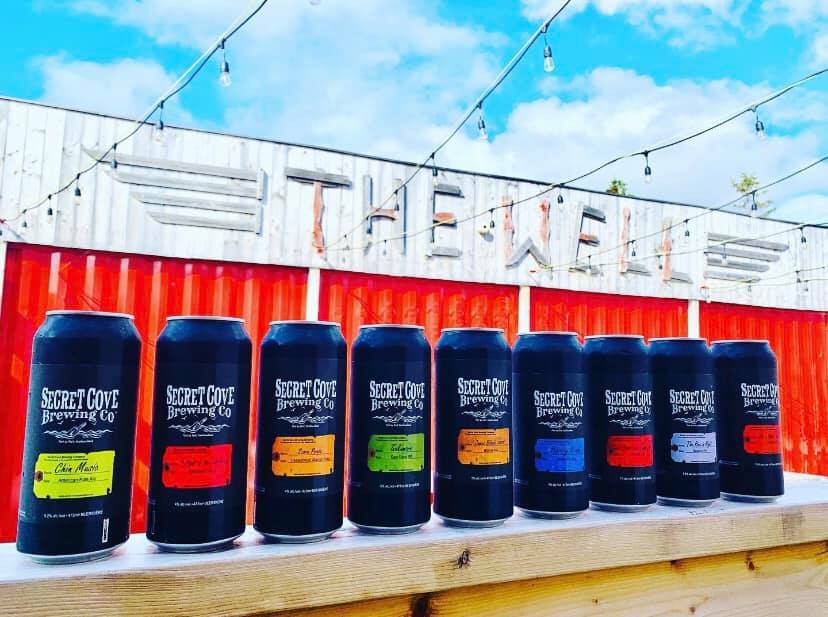 Secret Cove Brewing Company on the Port au Port peninsula opened in late 2018. The beer produced is small batch hand-crafted beer made from all natural ingredients (water, yeast, grain and hops) with no added preservatives. The owners said their background in biochemistry and food science along with a passion and love for creating food and beer pairings have influenced their approach to brewing. You’ll find smooth IPAs that lack harshness, tasty, fruity or hop-forward beers that are balanced but show restraint and high alcohol barrel-aged beers.  They have public taproom on Main Rd in Port au Port East in the renovated town hall and frequently host live music. 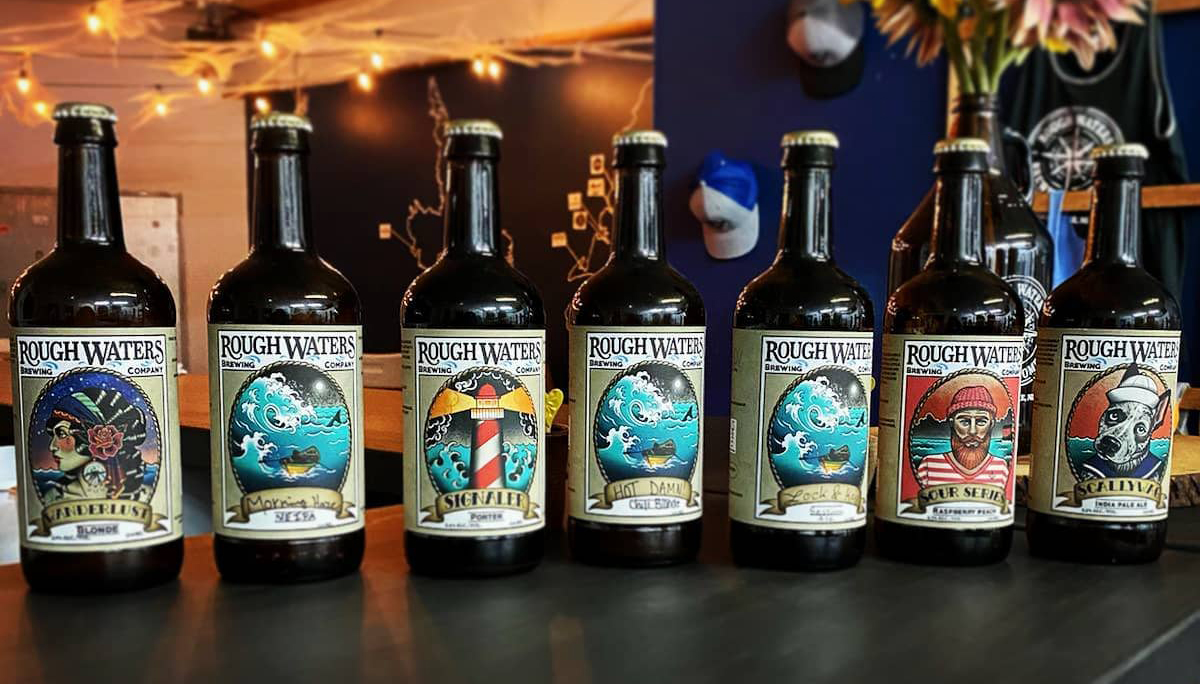 Rough Waters Brewing Co. is a small craft brewery that was conceived in Burin but born in Deer Lake. You can stop by their taproom and sample one of their four flagship ales: Sou’Wester Sour, Selkie Wheat, Scallywag India Pale Ale, and Signaler Porter. 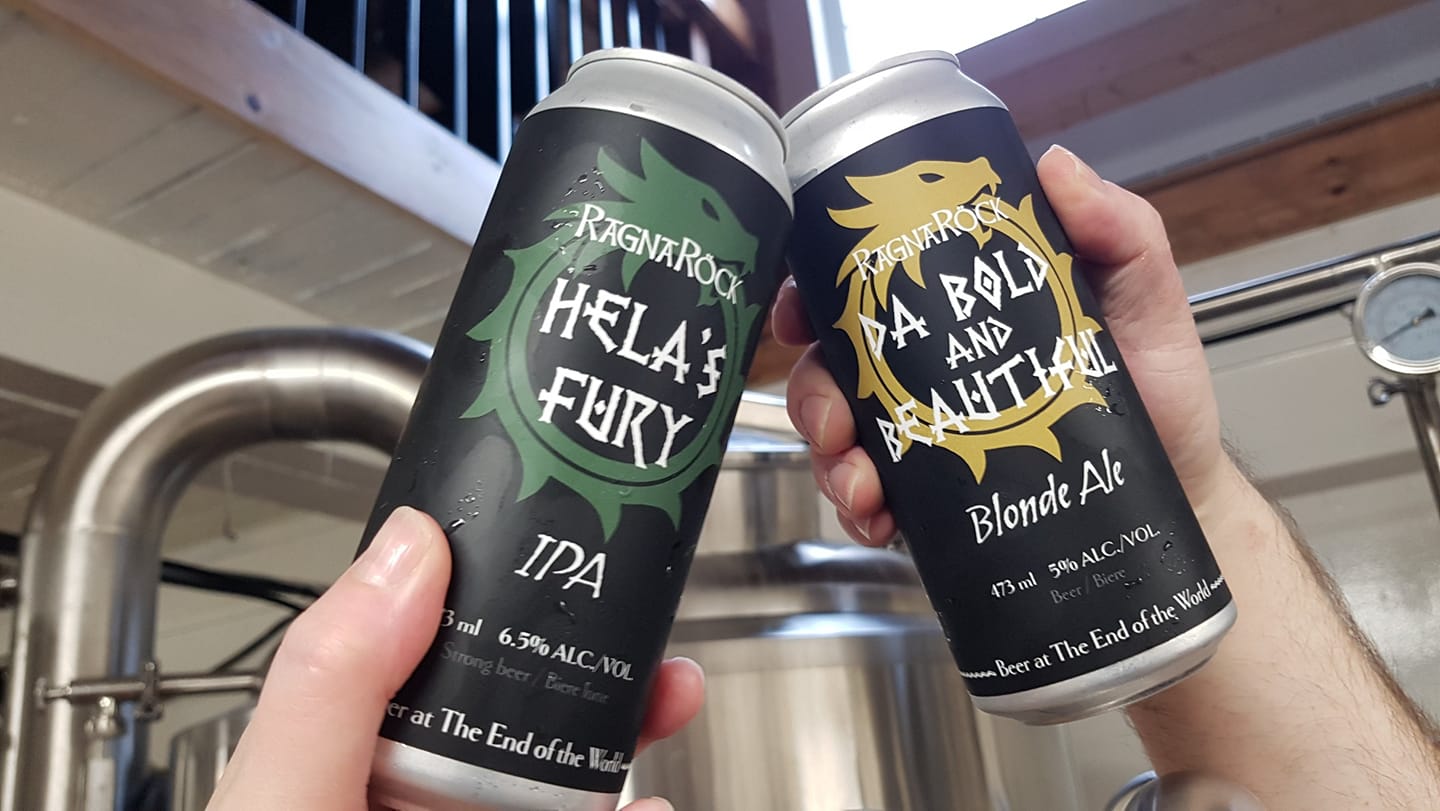 The northern tip of the island portion of the province is now home to a microbrewery. Their taproom embraces a cozy Nordic vibe and features chandeliers and tap handles crafted out of moose antlers by a local artist. This Norse ambiance makes sense since the L’Anse aux Meadows Viking settlement is nearby. 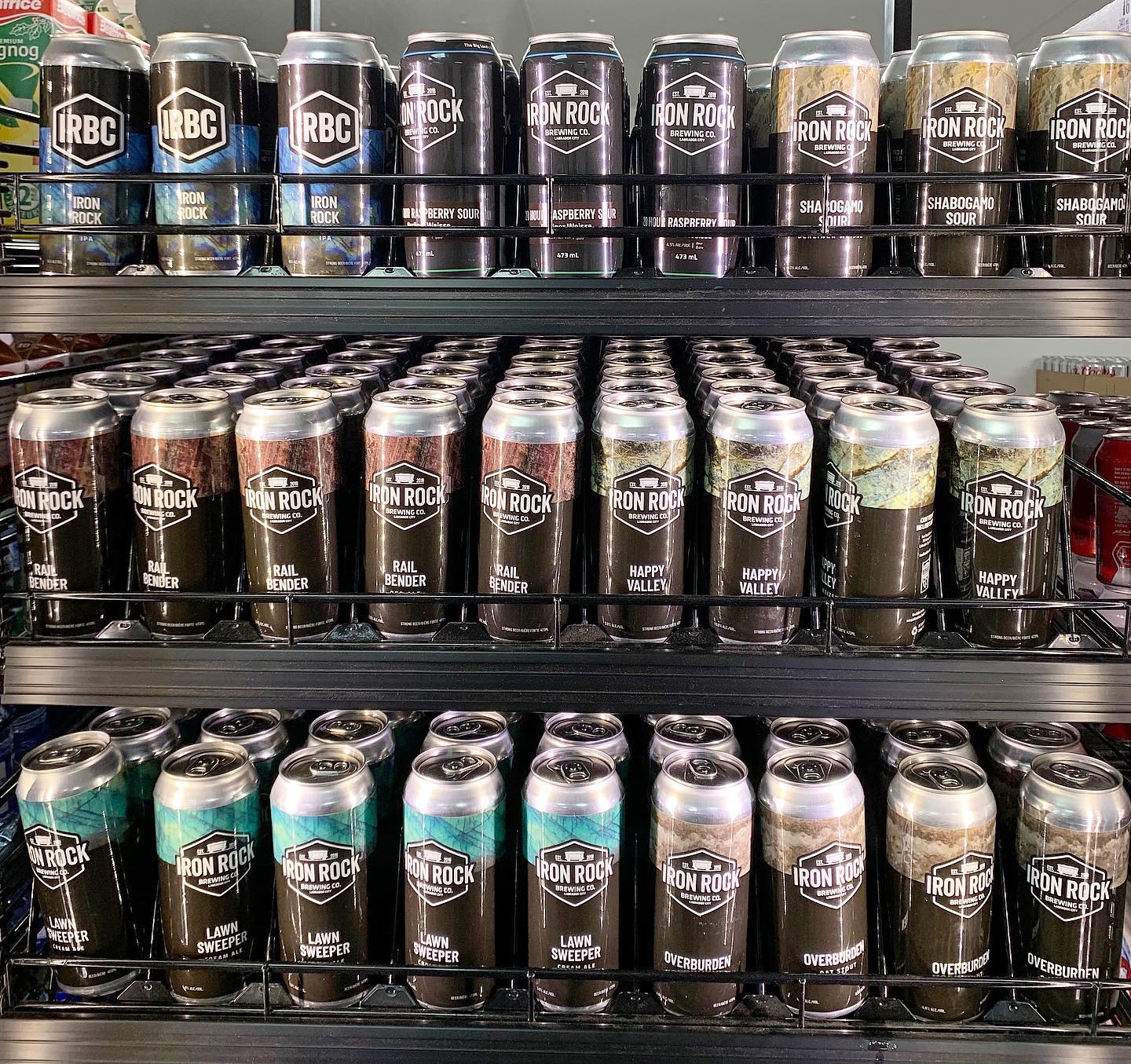 Iron Rock Brewing Company is the first microbrewery in Labrador, taking their name from the vast mineral resource of iron ore that surrounds the communities of Labrador West. They have a unique advantage in that the next closest brewery is over 600km away. They have also taken an uncommon step by producing a cream ale, knowing that their customers may not be used to more forward craft styles. They call their Lawn Sweeper Cream Ale a gateway beer for those just being introduced to craft beers. 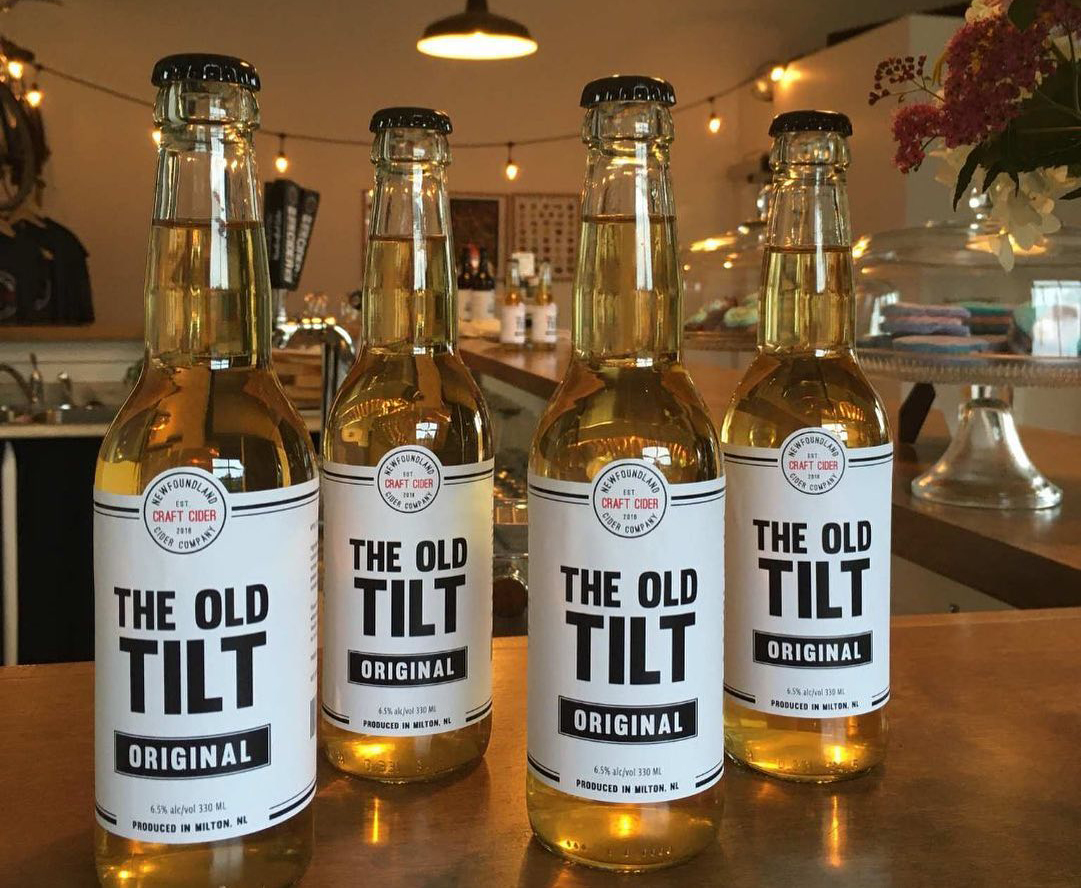 While not a brewery, I’m including the Newfoundland Cider Company on the list. They’re using previously neglected apple trees to develop ultra-local cider. 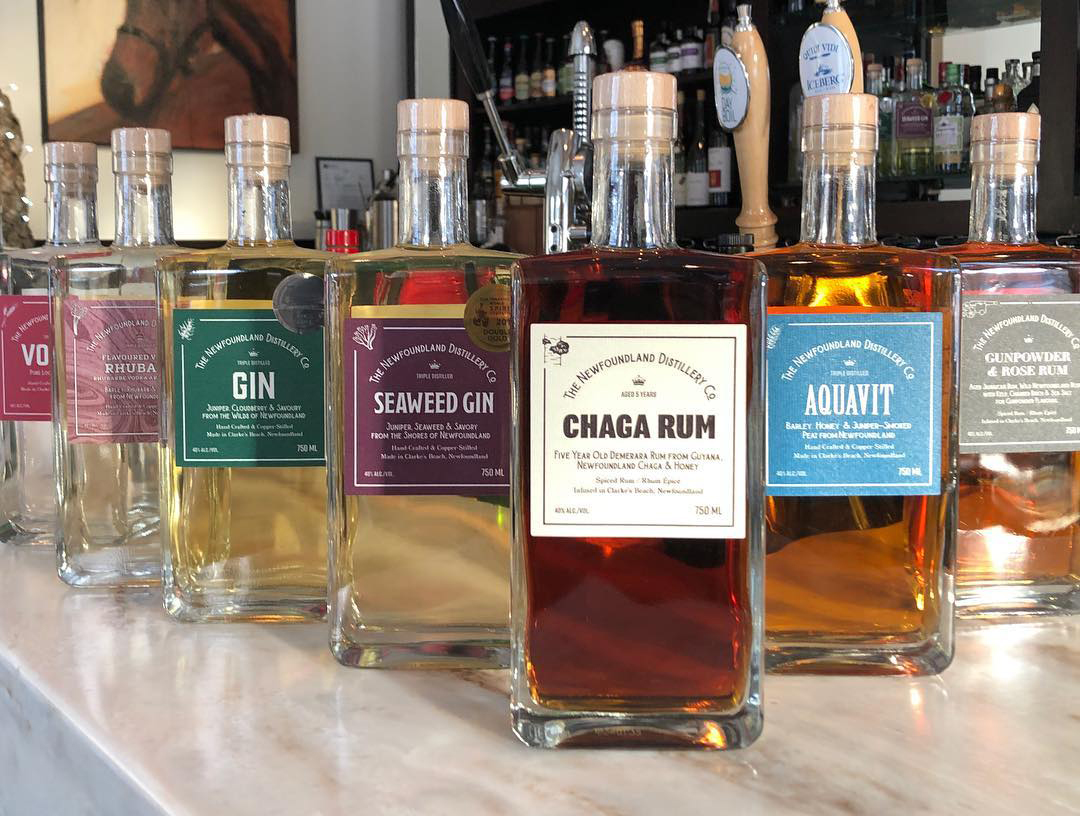 All this talk of beer and breweries has made me pretty thirsty. It’s also made me daydream about opening up my own microbrewery on the Baccalieu Trail. I bet Brigus or Cupids would be a great spot. For now, I’ll content myself with planning a cross-province tour to check out all of the great brews coming out of Newfoundland.

Are you a craft beer drinker? Which brewery are you most excited about?