I Was So Hungry, I Ate a Horse

You know that saying, “I was so hungry, I could eat a horse.” Well, I was. And I did. During my time in Slovenia actually. And no, it wasn’t that weird. Yes, I would eat horse meat again. 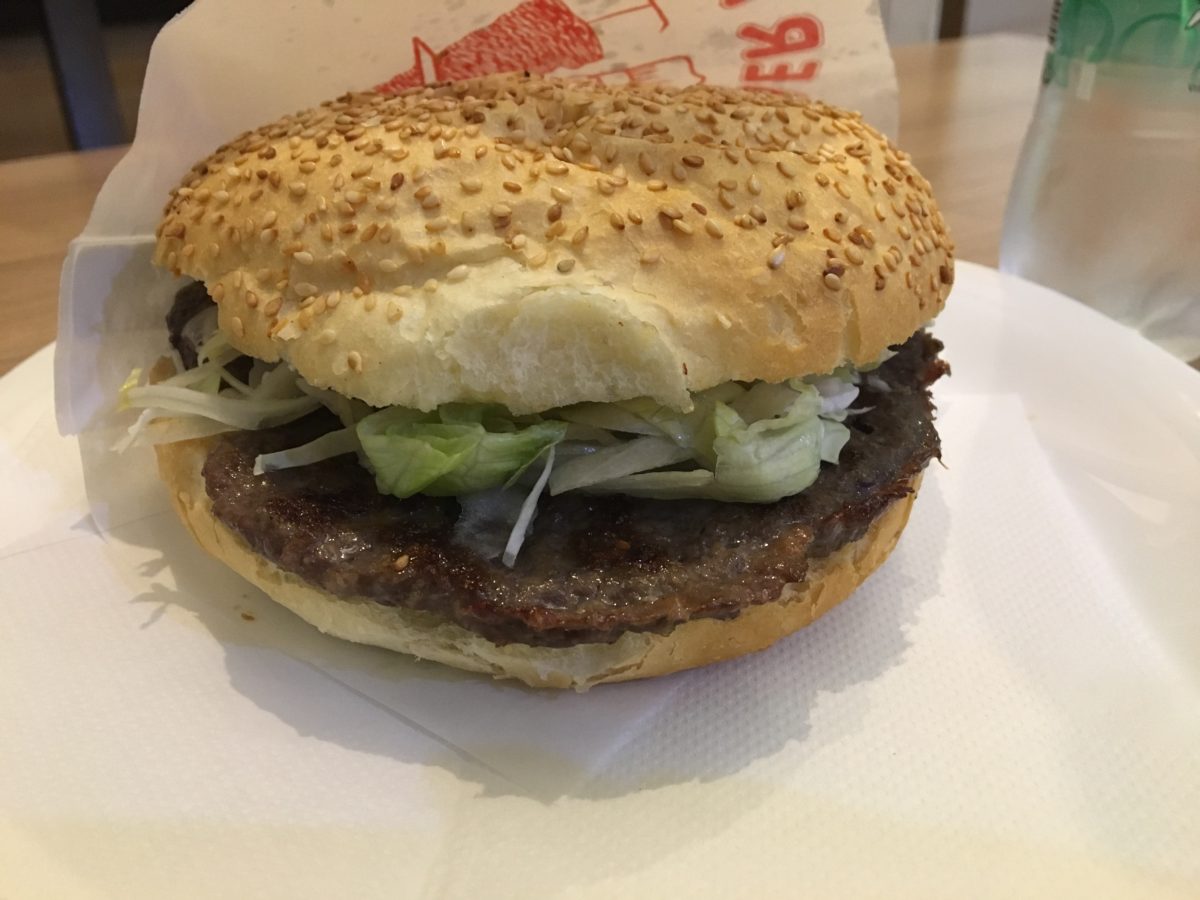 Why don’t we eat horse in North America?

Ask most people about eating horse meat and I bet they’ll turn their nose up. Many of my friends pulled faces of disgust at the very thought of a horse burger. In Canada, over time we’ve developed more of a pet status with horses which is part of what makes eating horse meat a bit taboo.

Now, I have no desire to serve up someone’s pet or beloved companion but I’m a logical person and I was operating under the assumption that the animal who would provide my meal had no name and had never been loved. I assumed that they were bred for this purpose, much like beef cattle. In fact, in most horse meat producing countries, this is the case.

While cows are gentle, big-eyed creatures most people have no issue with buying leather shoes or downing a T-bone steak. So why the 180 on a different breed of meat animal? There are a few possibilities. In the 8th century, Pope Gregory III outlawed horse meat because of its connection with Germanic paganism. It is forbidden in Judaism because horses don’t have cloven hooves and aren’t ruminants. While it’s not forbidden, it is discouraged by Islam. In some other cultures, even in recent times, horse meat was seen as a poor quality meat that only the poorest of society would eat. I think in Canada and the US the main issue with horse is that people just aren’t familiar with the meat.

For most of human history wild horses have been hunted for food but these days, the countries that eat horse as a primary meat are few, mainly in Central Asia. There are many more countries where horse meat makes up a significant part of their culinary traditions. From Europe to South America to North America you can find horse on the menu.

Is it legal to eat horse?

You might be surprised to find that it’s completely legal to produce and consume horse meat in most countries. In fact, American horse meat is considered a specialty in Japan and the price is on par with veal. The legal definition of meat in Australia and New Zealand, however, doesn’t include horse but it’s still legal to eat. 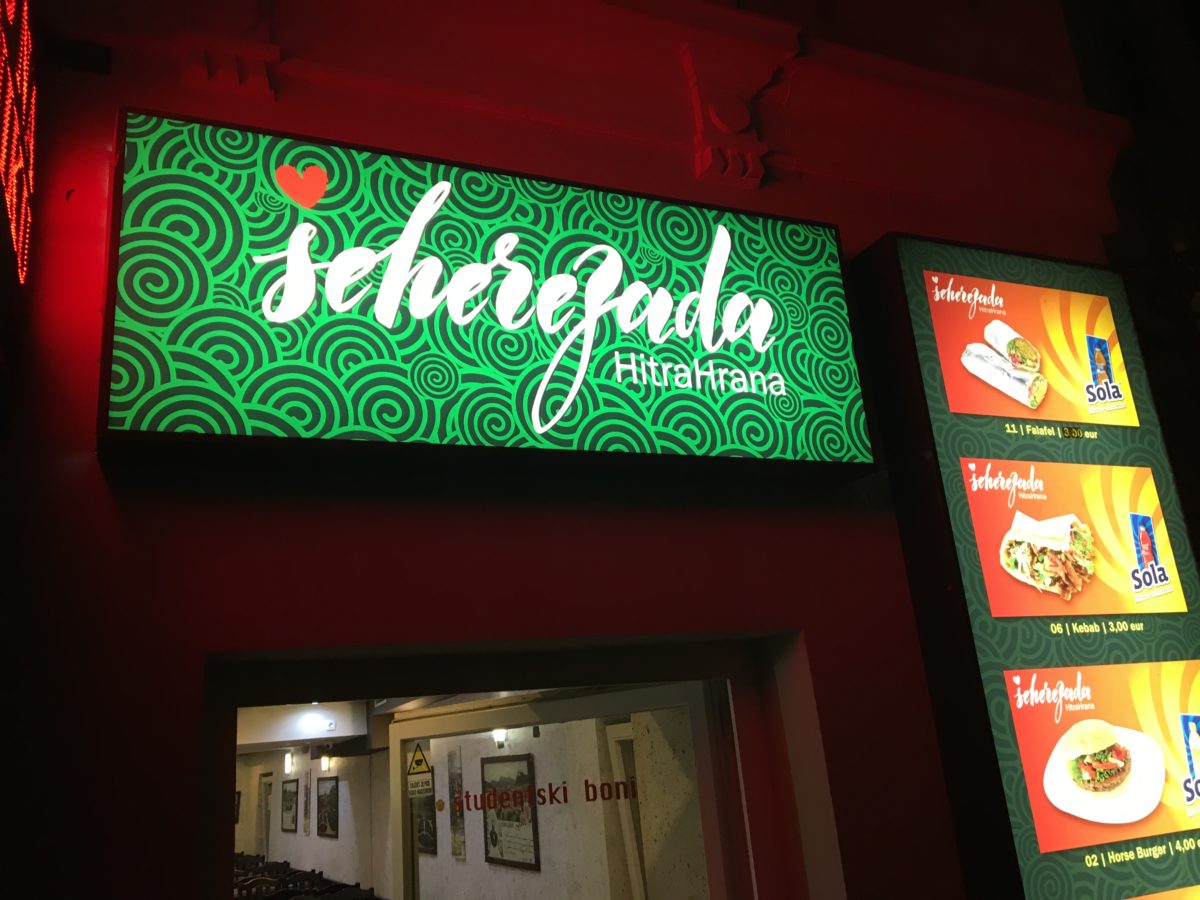 Horse meat is rather popular in traditional Slovenian food, especially in the Carniola and Karst regions. There’s actually a chain of fast food restaurants called Hot’ Horse in Ljubljana and colt steak is also common in the city’s traditional dishes. The meat itself is lean, tender, and slightly sweet.

So there I was in Slovenia. Debating if I’d try horse meat. As I wandered down Trubarjeva Cesta in Ljubljana one evening a backlit sign suddenly jumped out at me. Horse burgers, €4. Alright, then. I guess I would be eating horse while I was in Slovenia.

The fast food joint mainly served falafel and kebab but they also had a selection burgers, including horse. I walked in and hesitantly placed my order. “Did locals order these? Or is it a tourist trap like getting Screeched In in Newfoundland? Oh well, we’re doing it now.” The cook pulled a dark patty from the freezer and flipped it onto the grill. I waited near the till, shifting my weight nervously from one foot to the other. Both wanting the burger to cook faster before I lost my nerve and wanting it to take longer in order to delay the actual tasting.

Inevitably the burger did finish cooking and I took it to my table. I stared at it for a few seconds. “Better snap some photos.” Delaying. After that there was no choice but to either take a bite or just walk away. It was a large burger, about 50% larger than a Quarter Pounder or a Whopper. I picked it up and sniffed it. Smelled like a burger. I took a small bite making sure to also get bun and lettuce in the same bite to help mask any potentially unpleasant tastes. 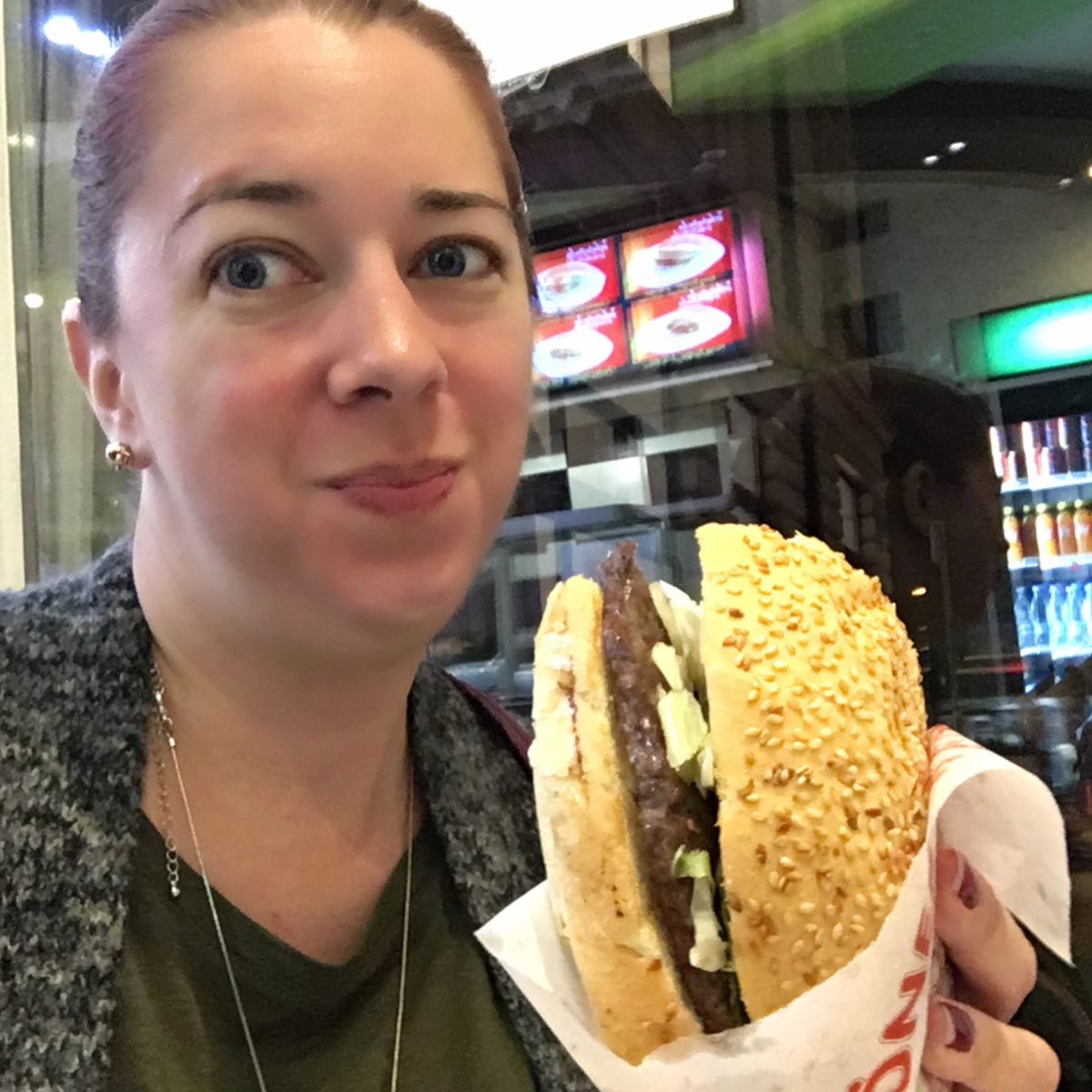 “Huh. That’s a bit different. But…not bad.” Have you ever realized how hard it is to describe a new taste? I can only really do it by comparison. Moose meat is a speciality here in Newfoundland and one of the things I look forward to in the summer is getting a moose burger at a festival. Well, I would say that horse meat is to moose meat as moose meat is to beef. When you eat a moose burger, it tastes similar but you know it’s not cow. Well, eating a horse burger was kind of like that, except further away from cow than moose is.

With every bite of my burger I would analyze the taste in my mouth, like I was drinking a new type of wine. With each bite my conclusion was pretty much the same. Different, but not unpleasant. A bit “gamey”. I would try it again.

I love how travel can expand my comfort zone when it comes to food. South Korea did a ton to push me to be a more adventurous eater. I drank the fish water. I had congealed ox blood soup. I ate a bug. Compared to those, a little horse burger seems pretty tame. Who know what I’ll try on future trips.

What’s the most adventurous thing you’ve ever eaten while traveling?