Hathos: the Joy and Agony of Dulse 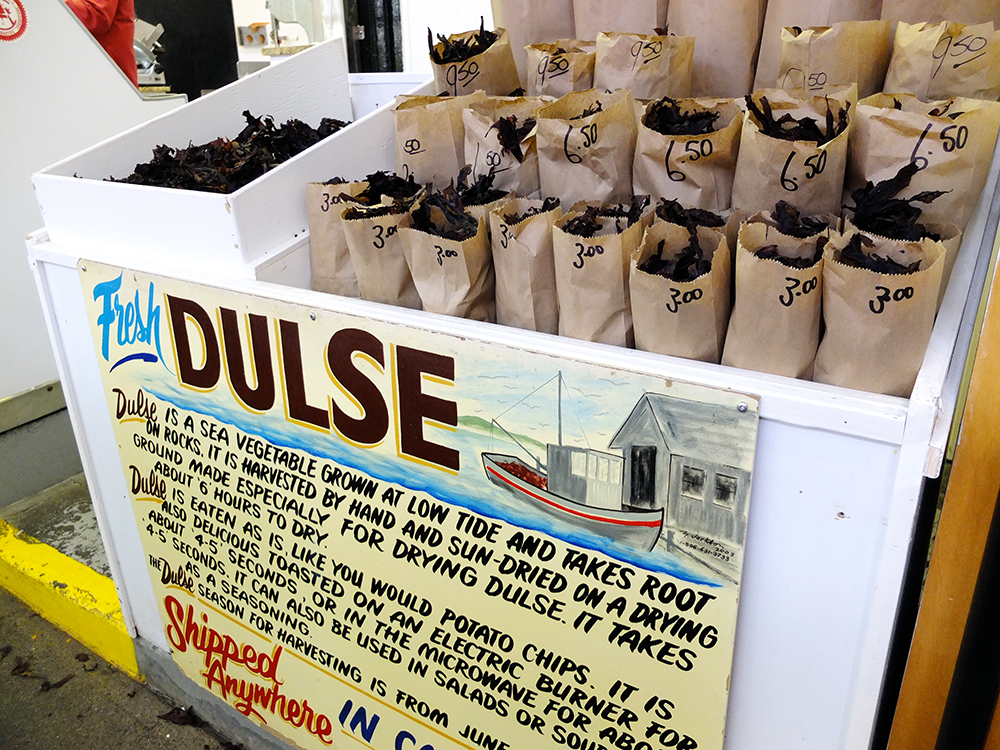 I sat at the kitchen table, staring at a small paper bag, filled with dried purple seaweed. This time I would try it. The briny smell of the ocean floor wafted from the bag. You could smell it from six feet away, easy. “It’s good for you. C’mon…” I goaded myself on. I pulled a piece from the bag, separating the sheets until I had a few thin square inches. I held it up the light examining it from every angle, looking for isopods clinging to it, stalling really. But it was time. No more excuses. At the age of 39, it was high time that I tried dulse for the first time…especially  since this snack is intertwined with the culture and heritage of my hometown. How could I be a “real” New Brunswicker if I’d never tried dulse.

Dulse is a deep burgundy sea vegetable found along the northern coasts of the Atlantic and Pacific Oceans. It’s harvested at low tide and dried to produce a salty snack that’s full of fiber, vitamins, minerals, and protein. Think of it like nature’s ocean chips. As long as I can remember there have been bags of dulse for sale in the grocery stores and markets of New Brunswick. The Bay of Fundy has the largest tides in the world so it makes for prime dulse harvesting. Despite the fact that you can also find people eating it in Iceland, Ireland, and beyond I always equated it to a New Brunswick snack.

As a kid, I refused to even consider the idea of trying dulse. It was unfamiliar with a strong color and scent and I was a picky eater. I meant, who eats seaweed? That was the stuff buzzing with flies that you jumped over at the beach when you wanted to go for a swim. You didn’t eat that. And well, it’s true, the stuff on the beach is dead and decaying seaweed, while the leaves that are dried to produce dulse are picked from healthy living plants.

As I got older I started to feel a bit embarrassed that I’d gone that long without trying one of the foods that, in my mind, was so intertwined with New Brunswick culture and heritage. “What do you mean you haven’t tried dulse?” was the shocked replied when I did let my negligence slip. Every time I would walk through the Saint John City Market and see the barrels and bags overflowing with salty seaweed I would feel a twinge of guilt that I was born and raised here but turned my nose up at such a local food.

By then I had built it up in my head to be a major thing. I would periodically buy a bag and then stare at it, willing myself to just go ahead and nibble on a piece. Inevitably it would sit in the cupboard, ignored until I threw it out, despite the fact that dulse never goes bad. This time though, I promised myself would be different. I marched into the local market, grabbed a paper bag and plucked a few clumps from the barrel. I paid for my treasure vowing to try it as soon as I got home.

A friend of mine gave me a few tips for my first time with dulse. First, get the stuff in the paper bag, not the plastic bag. The plastic bag will make it sweat and he swears that the drier and crispier the better. Second, dulse likes to clump together so separate the leaves to get a thin sheet. It seems that if you bite into a thick clump you don’t get the satisfying crunch. 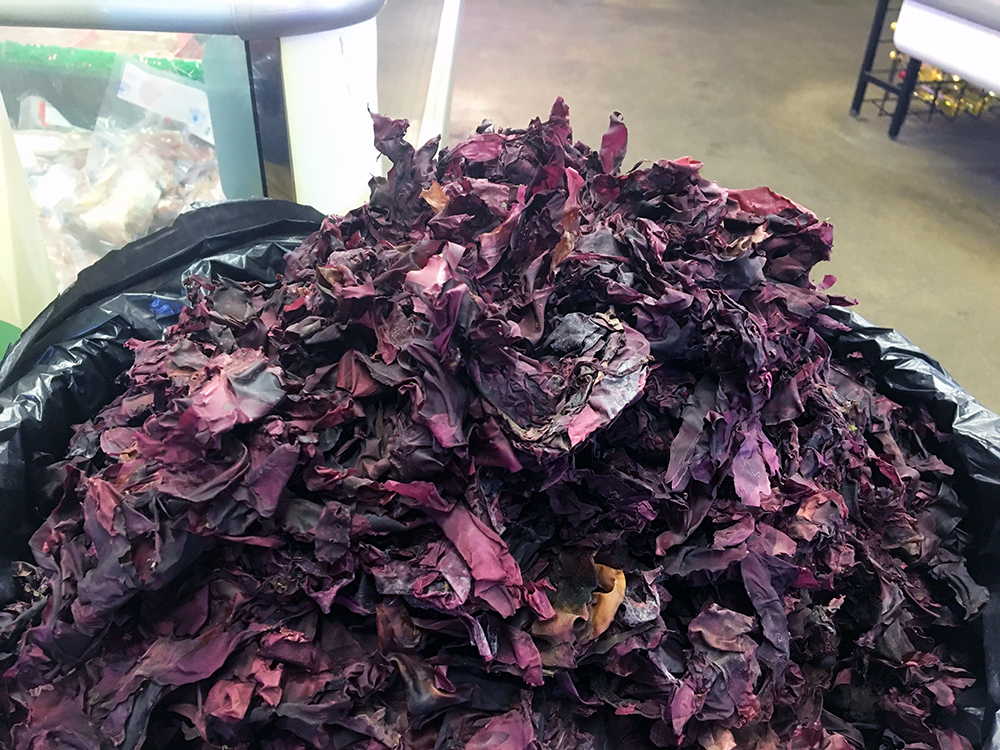 I decided I would pop it in the oven to try to crisp it up. After a minute on broil it sort of smelled like ocean popcorn. It legit looked like dried leaves. Ok… do or die. I popped a small piece into my mouth. First chew was ok… reminds me of something I ate in Korea that I can’t quite pin down. Fishy but not like salmon or cod. Maybe more like what I would expect caplin to taste like. Maybe a sardine?

Then…whoa! The saltiness really hit with wallop. I did my best but my face contorted in response to the new and intense taste and texture. I wasn’t expecting it to stick to my teeth that much either.

I tried a second piece. And a third. I see how it could grow on you. Actually, I bet it would be good toasted and crumbled into rice with a teriyaki broiled tuna steak. I got brave and tried a piece of untoasted dulse. The flavour and salt don’t seem as strong but it definitely takes more chew before you can swallow. I prefered the toasted version despite it being an unappetizing brown colour, but I was still making faces.

Am I a real New Brunswicker now?

Dulse is both repulsive and addictive. The smell and taste push me away from the salt and crunch bring me back. It reminds me of my favourite junk tv show. Part of me doesn’t like it while the other part can’t stop watching. I recently learned that there’s actually a word for this: hathos. The compulsion of revulsion. I think that accurately sums up my first experience with dulse. It’s not a truly enjoyable taste but I can’t stop eating it. At least it’s good for me, right?

So, I’m now a person who’s eaten dulse. I look and sound and feel the same, just with more salt and vitamins in me and some purple flecks stuck to my teeth. Am I real New Brunswicker now?