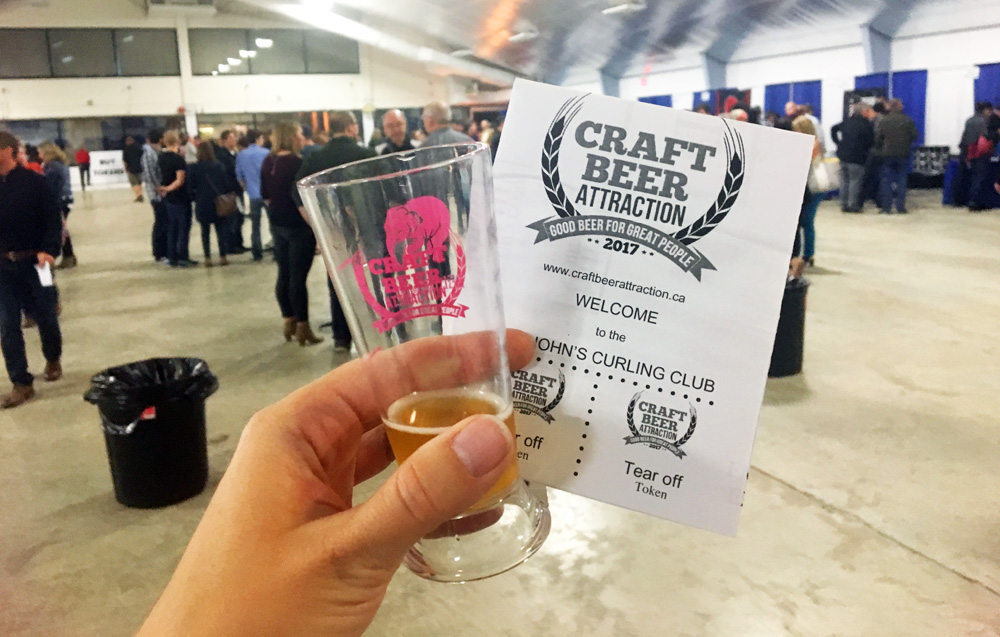 We’ve all got that friend (or maybe we’re that friend) who’ve bought tickets to the NLC’s Beerfest not to thoughtfully taste new beers but just to drink as much as possible before the lights come on to “get their money’s worth.” Usually this results in a hot mess with no new appreciation for the brew.

Craft Beer Attraction in St. John’s had set themselves up to be different. Instead of one flat rate and has many samples as you can down, they charged a lower entry fee and instead sold tokens for $1 which could be exchanged for 50ml samples. Most beers required one token but there were some premiums brews that required two. This encouraged folks to really think about what they wanted to try and not go on a free for all.

At first glance, the Craft Beer Attraction seemed crazy popular. I showed up for the Friday night event 15min after the doors opened and there was still a line out the door. It moved quickly though and before I knew it I had my welcome drink in my hand, impressive beer list in the other and was ready to to move into the main hall.

At second glance, the venue could’ve used a bit of atmosphere. It was held in the Remax curling club with full lights and nary a decoration save for a few tall tables and the booths forming a U around the perimeter. Some slightly dimmed lights and a little music, maybe a lounge area would’ve gone a long way.

Made for Serious Tasters

But this is about the beer. There were over 100 different beers being represented from almost 40 different breweries. I got excited when I saw banners for Scudrunner and Motion Bay Brewing, thinking I’d be able to sample their wares before they open. Alas, neither had beer to pour and were there on a PR/marketing mission instead. I did, however, get to try a Belgian whit from newly opened Split Rock Brewing from Twillingate. It was a bit spicier than similar popular brands like Belgian moon or Shocktop. I would gladly order a pint of it next time I’m in Twillingate. 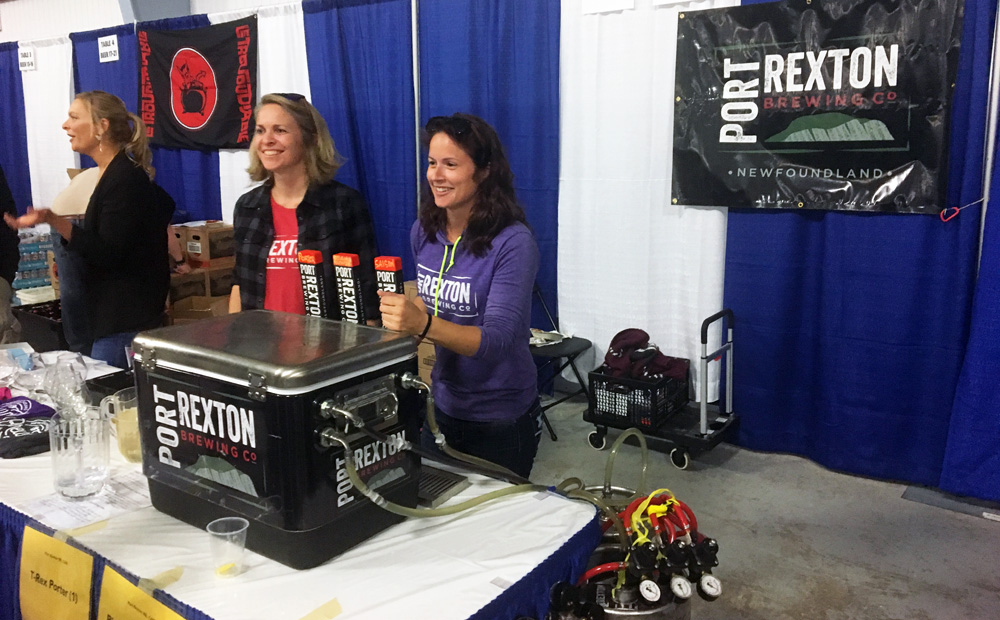 Other Newfoundland breweries like Port Rexton, Yellowbelly, Quidi Vidi, and Storm Brewing were also on hand. I’m liking how our beer production is shaping up.

I really appreciated the chance to get to sample some beer that you can’t get at the NLC and different types that I’d only been introduced to recently in Belgium, like gueuze and Kriek. I had a DeliriumRed that didn’t shy away from that sour cherry and a maple that was almost more liqueur than beer. I also tried a Weizenbock style beer purely because of its name: Shawinigan Handshake. Since I was racing the clock for a midnight international flight I couldn’t stay long or sample as much as I would’ve liked but it was a good introduction and I look forward to the next installment.

The people I talked to appreciated the new format and were more beer connoisseurs than you’ll typically find at BeerFest. The popularity of this event is just more evidence that we’re ready for the onslaught of microbreweries in the works on the island.

Bring on the craft beer!