Cool Things to Do on a Second Trip to London 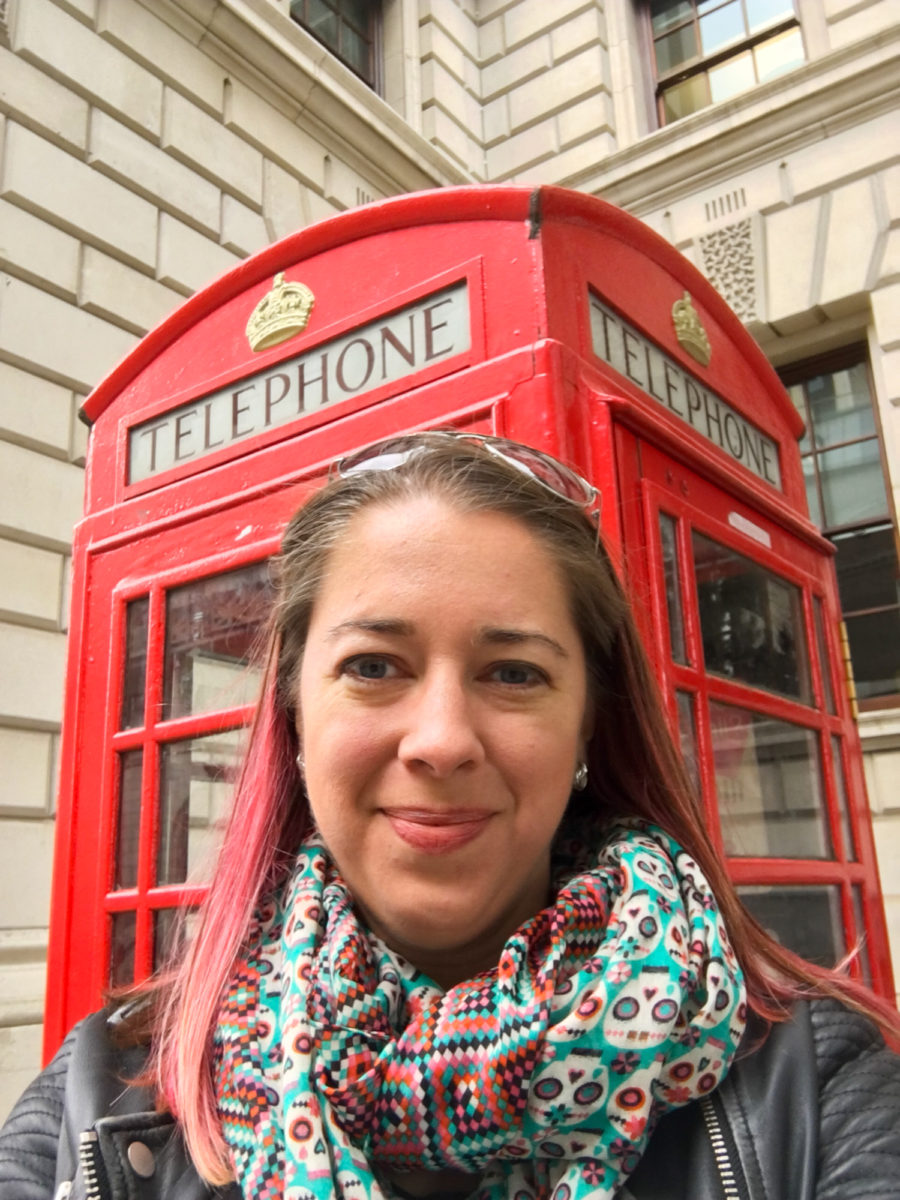 This isn’t your first rodeo…or should I say cup of tea? You’ve been to London once before and ticked off a lot of boxes: Tower Bridge, Globe Theatre, Harry Potter tour, Big Ben…yep, you’ve seen all the major sites. So now what do you do? What are all the cool things to do in London?

I made my first visit to London back in 2004 with my English friend and then-roommate. It was my first international trip, my first red-eye flight, and my first time having to look right-left-right when crossing the street instead of left-right-left. Thankfully I did not get hit by a bus…just almost. E and spent a few days walking all over central London so that I could see the big sights. I made a second visit this past fall with my BFF. It was her first time so again I traipsed all over central London crossing Tower Bridge, people watching in Piccadilly Circus, and seeing if Great Aunt Betty was home at Buckingham Palace. My FitBit dinged off 10,000 steps before afternoon tea.

Well, I made a third visit to London this past spring. This time solo and with a hankering to see and do some more off-beat things that you might only do on a return trip. So what’s made my short list? These are just a few cool things to do in London: 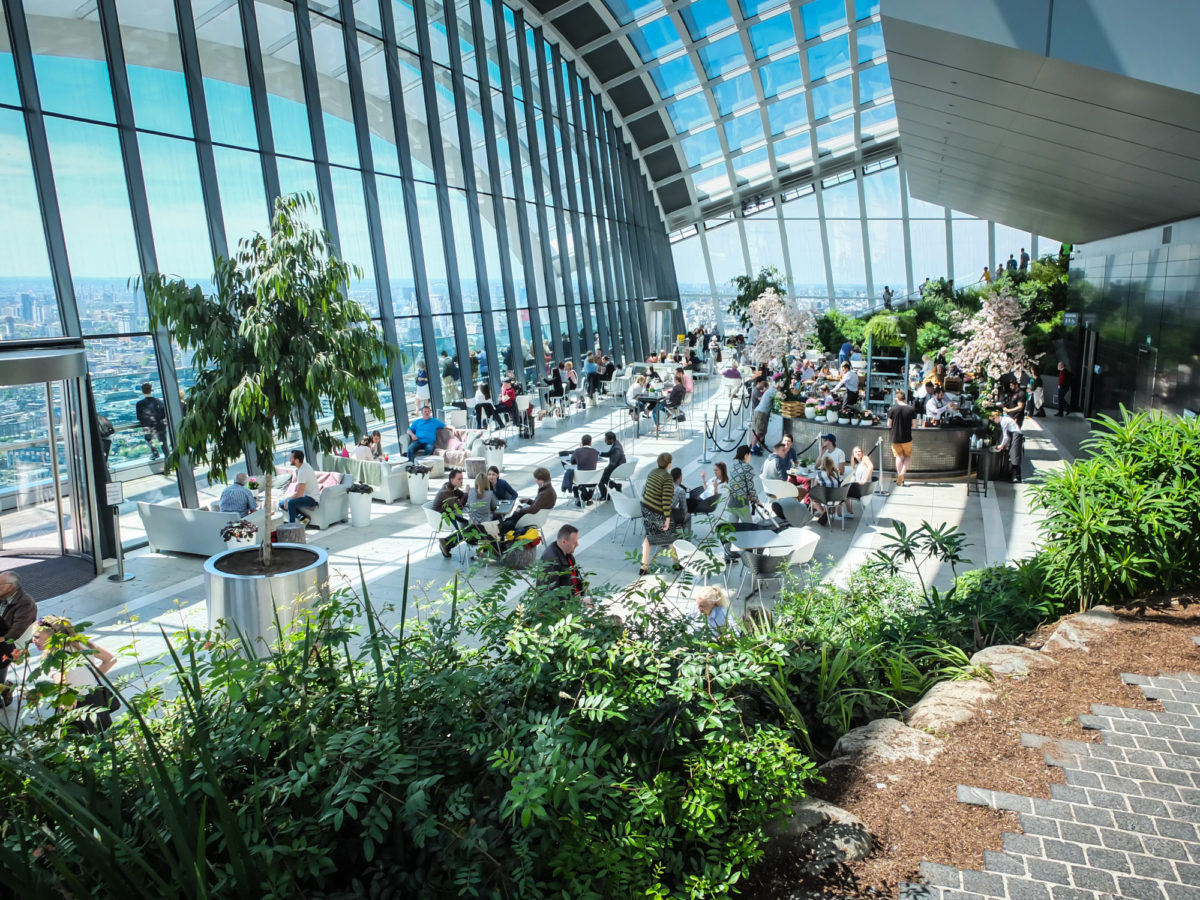 Watch the Sunset from the Sky Garden

You won’t get a much better view than 155 meters above the city in the Sky Garden lounge on top of the Walkie-Talkie building near the Thames. You can visit for free but you’ll need to make a reservation. They take bookings up to three weeks in advance and it typically will fill up. The effort is worth it though for those views.

Take in the City at the Shard

If the Walkie-Talkie didn’t do it for you, how about going higher up still and go for the Shard. This one will cost you though – £25 to be exact. You’ll be guaranteed quite the view 72 floors above street level. Literally guaranteed. If you can’t see at least three of The London Eye, St Paul’s Cathedral, The Gherkin, Tower Bridge and One Canada Square you can make a return trip for free. That’s good value. 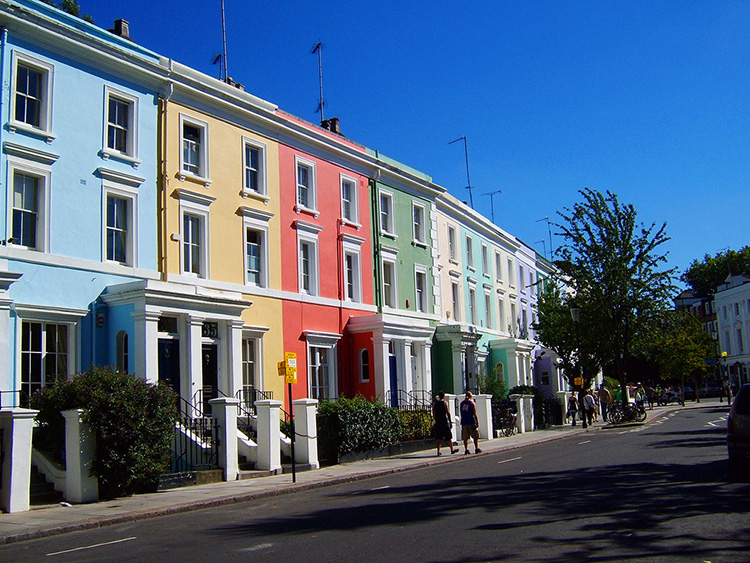 If you haven’t seen the movie, Notting Hill is a pastel coloured, Instagram dream. It’s a high end neighbourhood filled with gorgeous townhouses and shops. Charge up your iPhone battery and put on your walking shoes. Notting Hill was made for snapping. Pro tip: tote along a travel tripod to get those selfies that don’t look like selfies.

Get Your Fitness On

One of the perks of visiting new cities is getting to try out new fitness classes that you don’t have at home. Yoga too tame for you? Try a class with House of Voga: a mix of yoga and voguing with killer soundtrack. Or maybe take a class at the London School of Lucha Libre, the only one of it’s kind in the UK, and learn to wrestle like a Mexican star. Or you can really throw it back with an 80s themed dance aerobics class. Jane Fonda would be proud.

Play in a Ball Pit

If you’re looking for unique things to do in London, get your butt to Ballie Ballerson in Shoreditch. Not only do they have giant ball pits where adults can act like kids, but they also serve some off the wall extra cocktails (no drinks in the pit though). Pro tip: wear lace up shoes without heels. Trust me.

See a Show in the West End

Maybe you saw a musical last time. So? See a play this time. Seeing a show is one of those things that you can do on every trip to London and it’ll be different every time. The productions are some of the best in the world so no need to limit yourself to one and done. I’ll be seeing David Tennant in Don Juan in Soho and I. Cannot. Deal. If you want a change to meet the actors after the show, scope out the stage door location and make a bee-line there after the curtain comes down.

Whether it’s spending the day in Watford at the Harry Potter studios, crossing Abbey Road, or visiting the Sherlock Holmes museum, there’s lots of pop culture to be soaked up in London.

It’s not a well known fact that there’s a whole Doctor Who store and small museum in East London, but now that I know, it’s on my list. I’ve been a Doctor Who fan since the reboot in 2005 and David Tennant will always be my Doctor. Getting there is a bit of a trek from the likes of Soho but I just may do it. 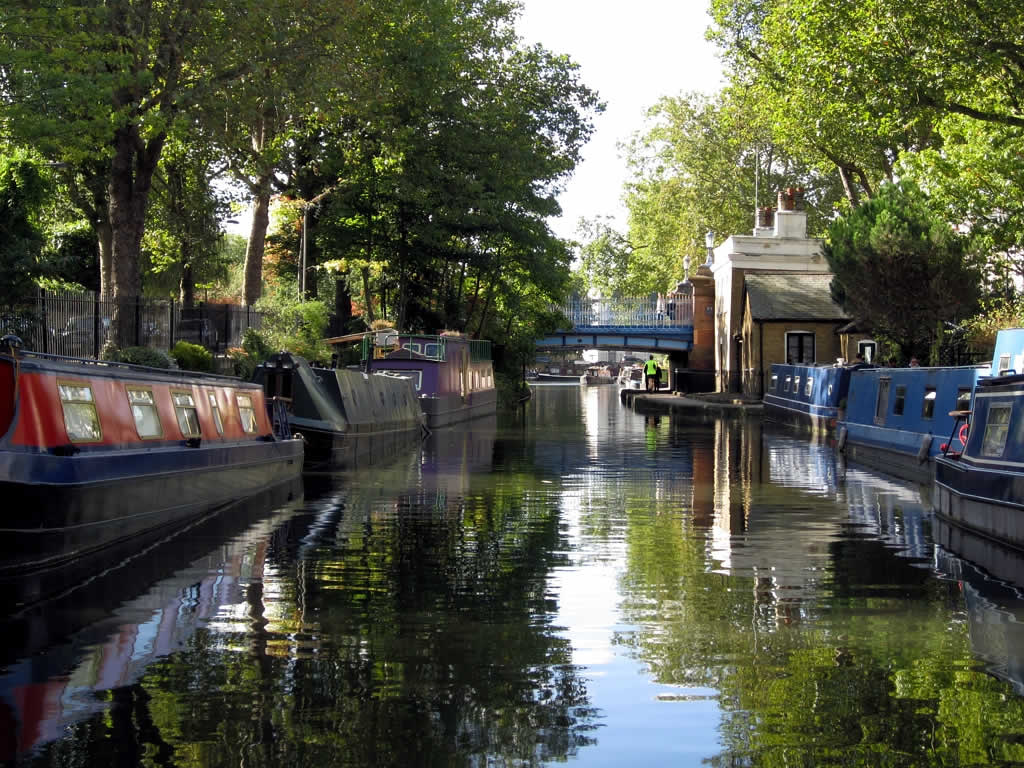 Make a Visit to Camden

Since so many of the major sites are located in central London, on a return visit to the city you may want to explore a little further. Explore the famed street markets and hunt for just the right cool London souvenir. Fill your belly from the delicious stalls at KERB. Follow it up with a walk along The Regent’s Canal and find out why they call it Little Venice. Or better yet, take a canal boat ride out and back. Tip: If you go with Jenny Wren Canal Cruises you’ll get the added bonus of going through the Camden locks.

Not all that long ago Shoreditch wasn’t exactly on a tourist’s radar, but the same way that Brooklyn has become cool, so went Shoreditch. There are a few ways you can tour around the East End of London: food tours, street art walking tours, bike tours. If you need a break from busy Soho, head east for a bit. 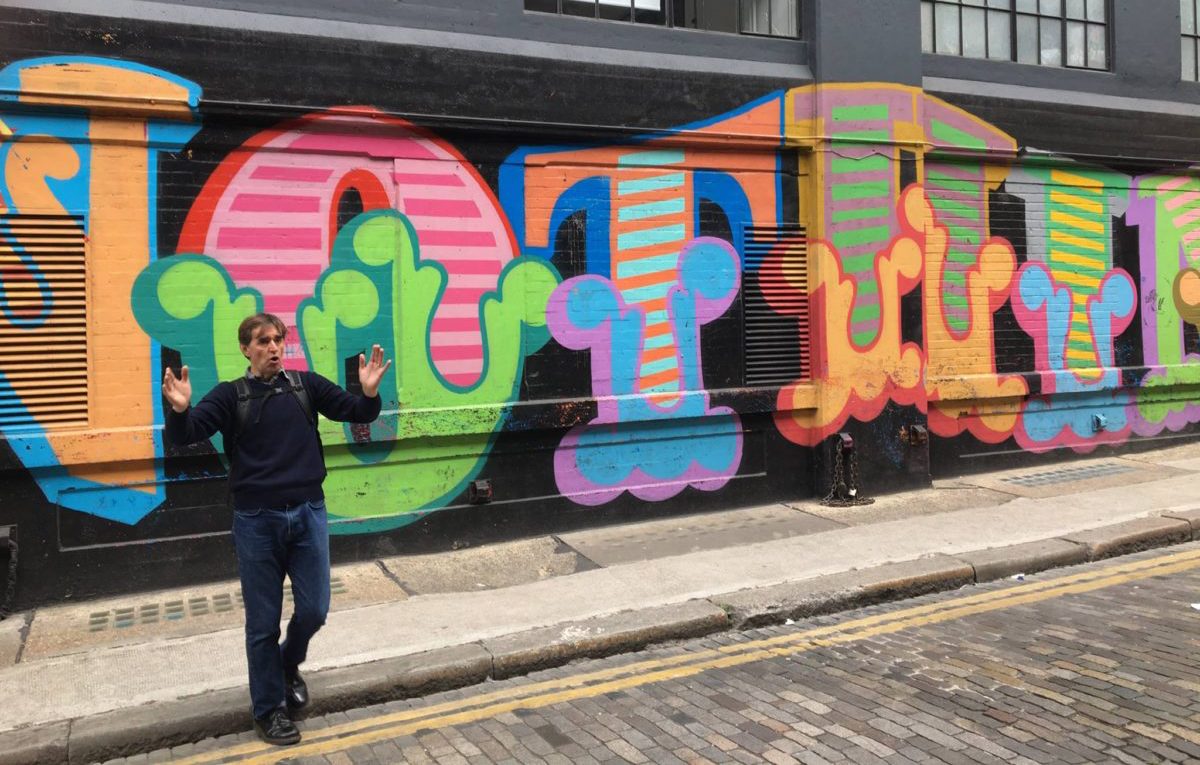 Hunt for a Banksy

If you’re at all into street art, I can think of no better way to spend a few hours than exploring the Shoreditch street art scene on a walking tour. You’ll not just be on the lookout for pretty pictures, you’ll learn about the difference between graffiti and street art, learn some history of the scene and who the major players are, and yes, see a few Banksys. I felt like I’d discovered this whole other world that had been hiding in plain sight after my walking tour.

Did you know that London is full of secret restaurants, lounges, and bars. If you know where to look you’ll find an intimate jazz piano bar behind a residential door in Soho, or a high end Mexican restaurant hidden behind an adult shop facade, or a speakeasy that you access through a fridge. There’s something very cool about feeling like you have some inside knowledge of the city you’re visiting. 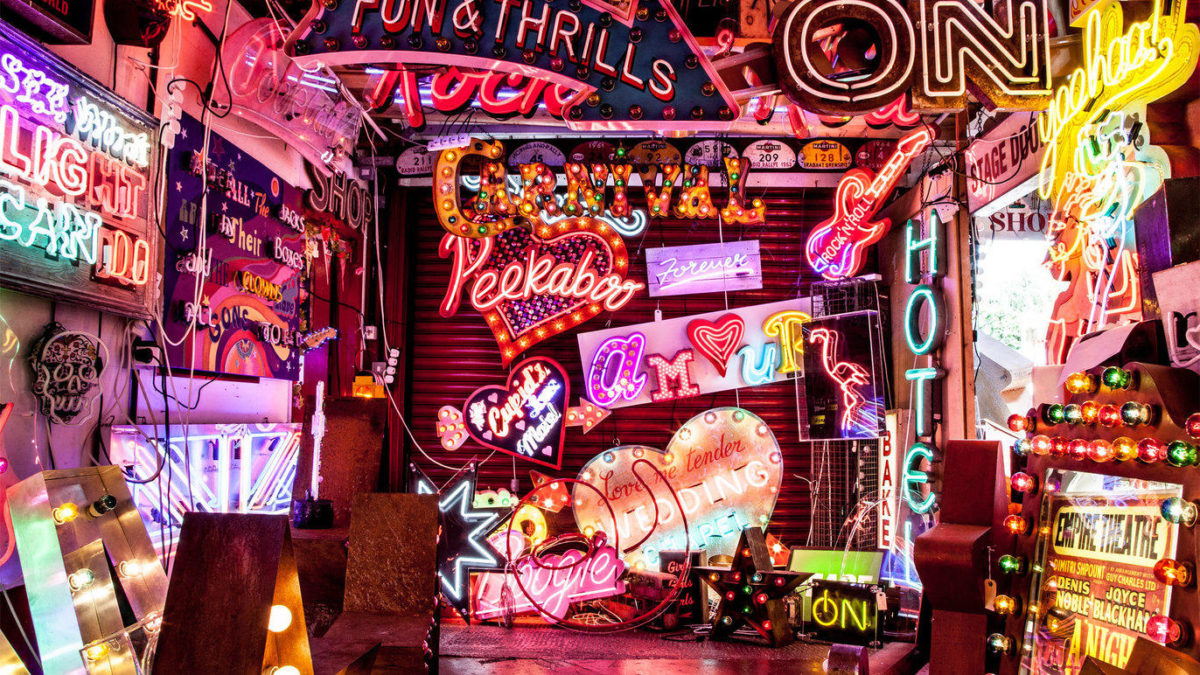 This personal museum showcases Chris Bracey’s personal collection of neon work in a salvage yard in Walthamstow. It contains everything from his signage for Soho sex clubs in the ’60s to his work for the movie industry, including pieces that were used in ‘Captain America’, ‘Eyes Wide Shut’, ‘Byzantium’ and more. It’s currently open Fridays and Saturdays with free admission. 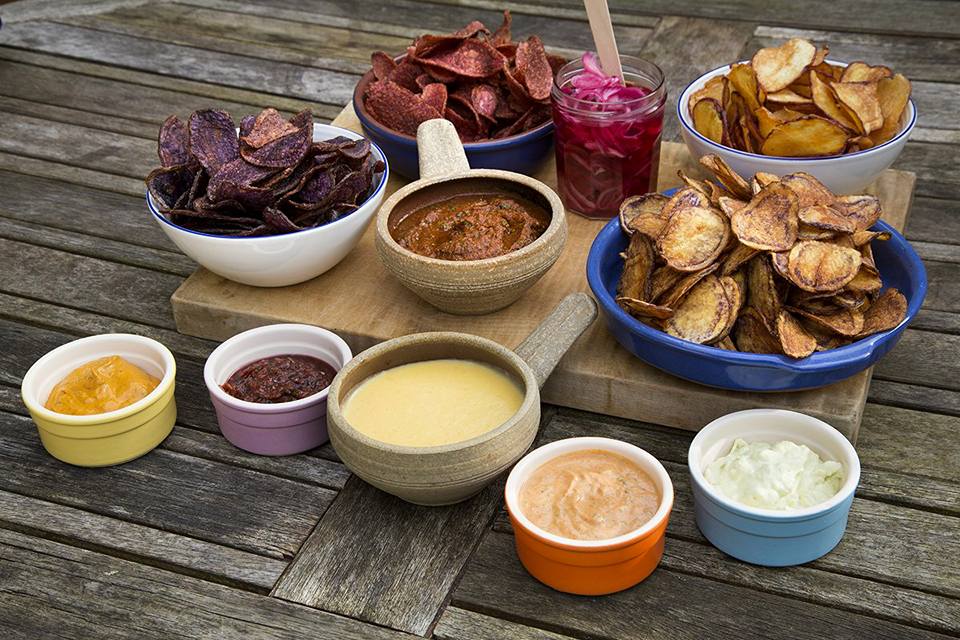 Organize Your Own Quirky Food Tour

If there’s a food trend happening, it’s happening in London. Cereal cafe? Check. Chips & dip cafe? You know HipChips has you covered. Milkshake bar? Got that too. Cookie dough stand? Yeppers, be sure to try the Nak-Ed Sheeran from Naked Dough. People are currently losing their minds over at Bubblewrap where they serve up anti-waffles filled with ice cream and all kind of deliciousness. If it’s quirky and you can eat it, it’s probably in London.

Afternoon tea is the British thing to do right? I bet you’ll feel proper English having some crustless sandwiches, scones, and biscuits with a fancy cuppa. You can go the traditional route with a seating at somewhere like Claridge’s or modern like Sketch or you could go my preferred route with something a little off the wall like quirky science themed tea at The Ampersand Hotel or, my fav, Pret-a-Portea – a fashionista’s dream tea at The Berkley.

So there you have it, 15 quirky things to do in London on a second visit. What would top your list?