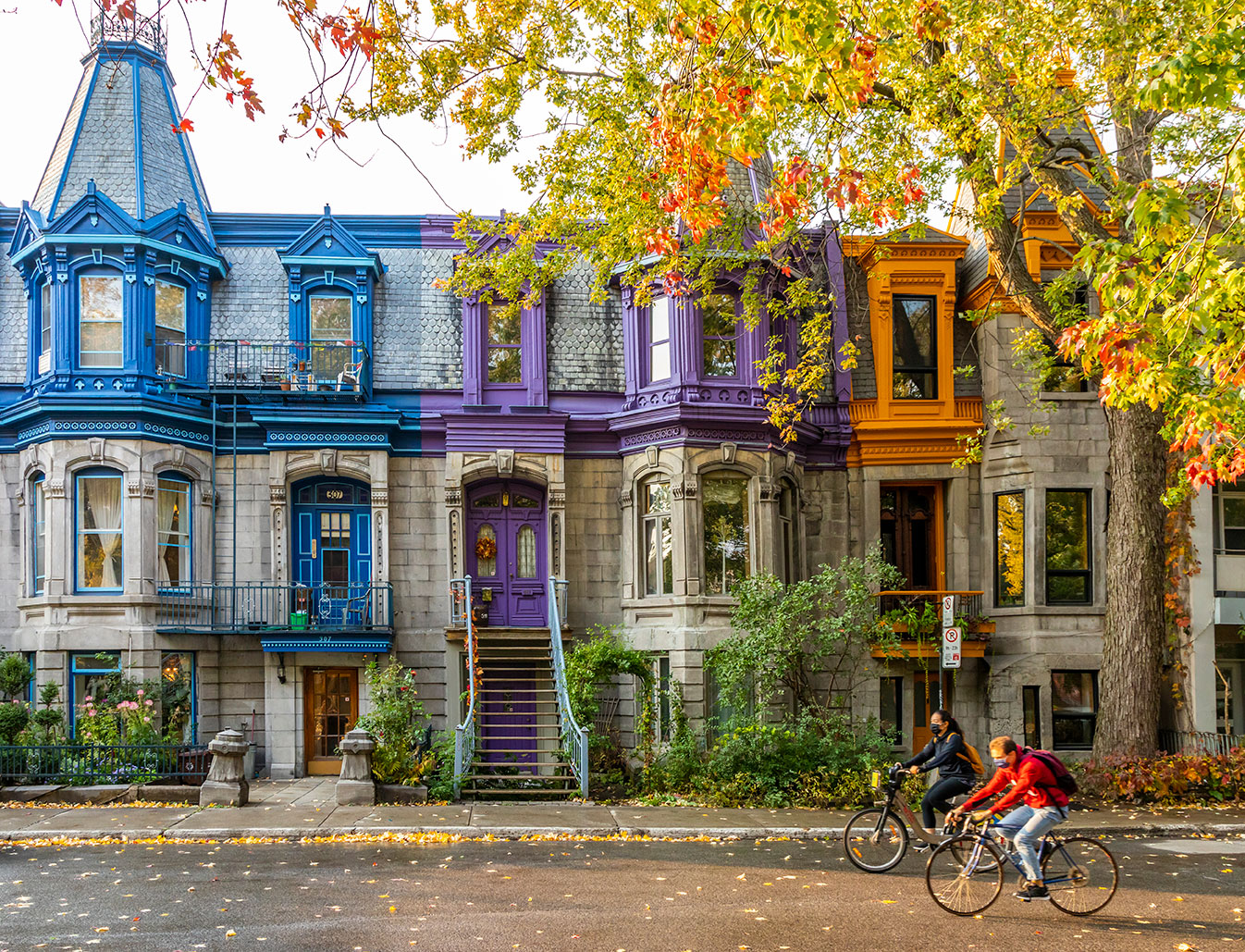 10 Tips for Your First Trip to Montreal

From driving rules and language quirks to ways to save money on food and activities. Ready for an adventure in la belle province? Here are my top tips for your first trip to Montreal! 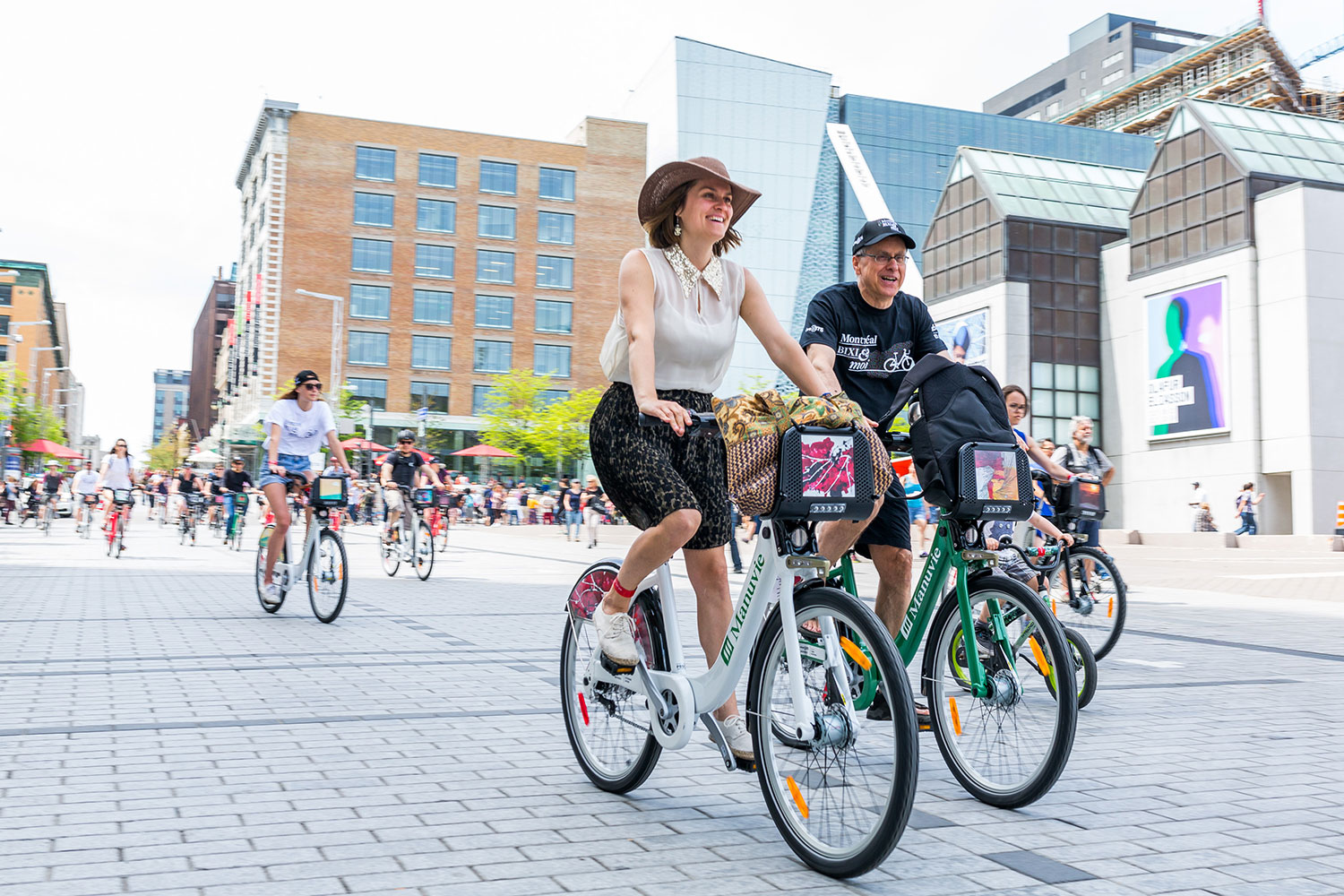 How to Get Around Montreal Without a Car

One concern I always have when planning a trip to a new city is getting around without a vehicle since I usually fly but don’t rent a car. Montreal is a city that is highly walkable and has great public transit, so I’m going to show you just how easy it can be to get around Montreal without a car. 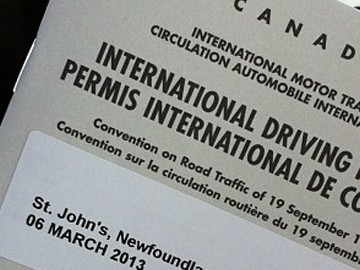 How to Get an International Drivers License in Canada

Think you might want to rent a car or motorbike while abroad? While some countries don’t require any special permits, many will accept an international driving permit (IDP) along with your Canadian driver’s license as proof of your skills behind the wheel. They’re only available from CAA and are valid for one year. For the relatively small fee, you should really consider it as a vital part of your travel documents. 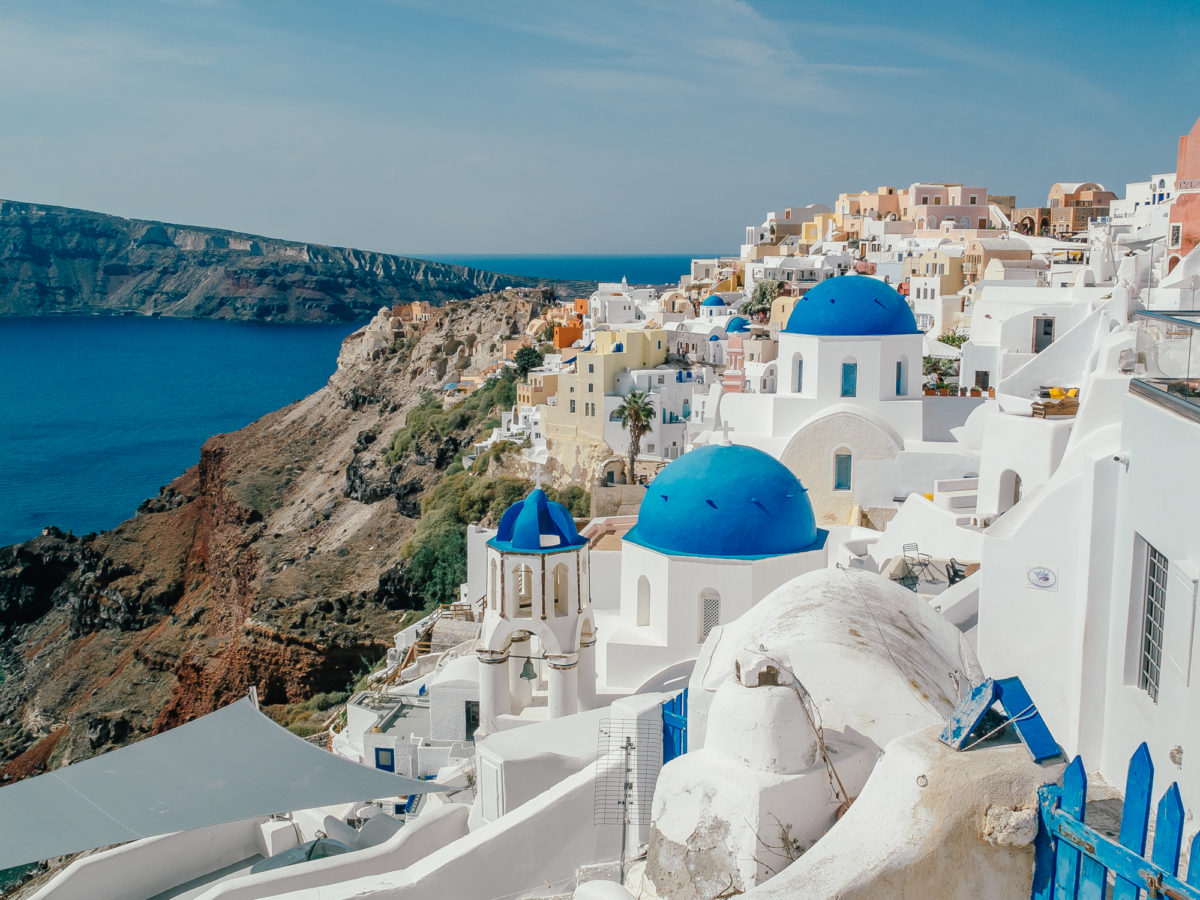 10 Tips for Your First Visit to Santorini

It’s an Instagram darling and has been gaining in popularity continually in recent years. Once a photo of those cliffside whitewashed churches topped with blue domes crosses your timeline, you’re hooked, and Santorini shoots straight to the top of your travel bucket list. 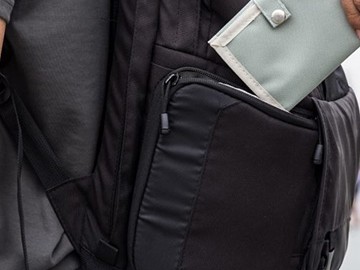 Tips to Avoid Pickpockets and Theft While Traveling

Find out how to keep your belongings safe and secure with my tried and tested tips on how to avoid pickpockets and theft while traveling! 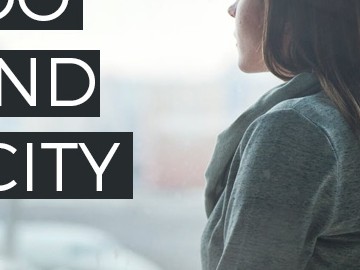 Landing in a new city can be intimidating and overwhelming. There are so many things to figure out and so much potential for things to go awry. That first day can set the tone for your whole visit. There are a few things that I find I always do when I land somewhere new and focusing on accomplishing those tasks puts me at ease. 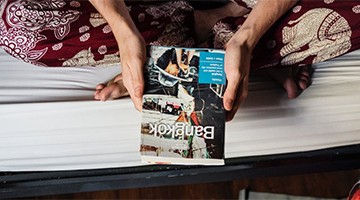 Hostels are great ways to make any trip more affordable. I mean, you can’t beat a clean bed, ensuite, and breakfast for $30/night can you? But staying in a hostel means there are a few extra things I need to pack. Find out what they are. 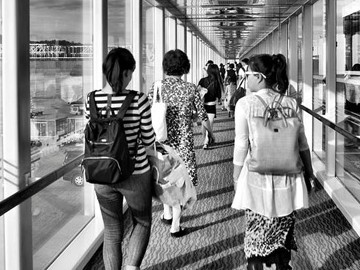 Whether you go carry-on only or you check a bag, if you’re taking a long haul flight you’re also going to want a smaller cabin bag to tote all your in-flight essentials. Getting this right can mean the difference between a comfortable flight and being miserable. 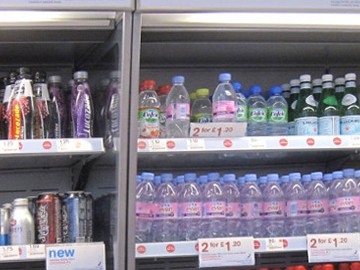 My Best Travel Hack for Budget Eats in London

Sometimes a trip is all about the food. Seeking out delicious new flavours. Discovering that quirky new eatery. Spending hours leisurely sipping wine and savouring your meal. Other times you just need to fuel and go. 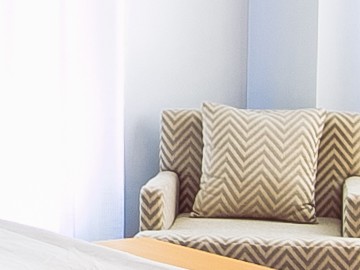 Day Use Hotels – The Best Way to Spend a Long Layover?

Have you ever had a long layover in a city during the day? Sure, you could pay to store your luggage at the airport while you go explore the city. But what if all you really wanted was a nap, a shower and to binge on Netflix until your next flight? Or what if you really need a workout and a swim to recover from the flight? Enter the day use hotel. 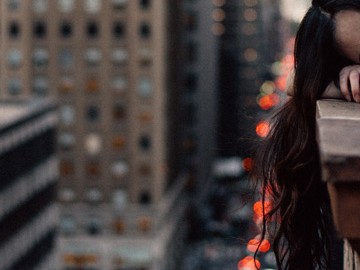 Jet lag. It sucks, right? As frequent travellers we’ll try almost anything to avoid the energy sucking, insomnia-inducing, disorienting effects of it. What would you try to avoid it? Would you try something unusual and a bit unconventional? 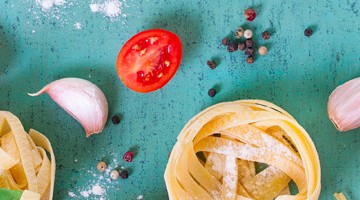 How I Beat the Post-Travel Meal Slump

It happens every time. While I’m away on a trip I get these grand ideas of how I’m going to change my habits when I get home. “It’ll be a fresh start,” I say. I’m going to go to bed and get up earlier! I’m going to exercise more! I’m going to stop wasting time playing Candy Crush! I’m going to cook more and eat healthier! *pfft* Yeah, right. 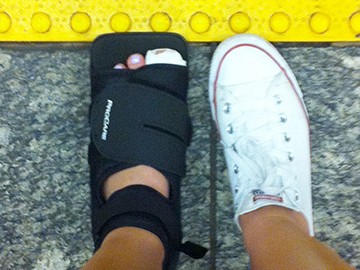 Do You Really Need Travel Insurance?

I was alone in New York, sitting in the waiting room of an urgent care clinic, freaking out at my friend via text. I’d innocently tripped while going up a set of stairs at a subway station and somehow ended up slicing my toe open and needing stitches. But I was thankful. Thankful for what? 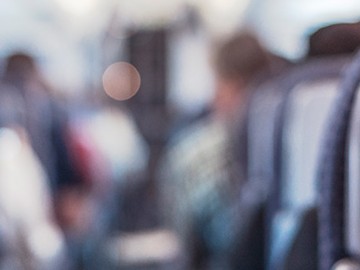 The Unexpected Way I Saved $400 on a Flight

The decision was made. The plans for China were scrapped. Me and one of my closest friends were instead going to meet up in the Philippines for almost 2 weeks of sun, sand, and tarsiers. I just had to book my flight. In the process, I discovered an unexpected trick that saved me $400. How?

With a lot of cities I’ve been to the public transit usually isn’t too hard to figure out. It’s normally run by one company with a handful of lines, with a few exceptions. Not the case at all with Tokyo, Japan. It has one befitting the world’s largest metropolis. It’s massive, complicated and busy. I often say that the Tokyo subway map looks like someone just threw spaghetti at a wall and called it a day. I’m going to give you a quick ‘n dirty rundown of what you need to know to make your way around the city. Well, as quick as I can make it. 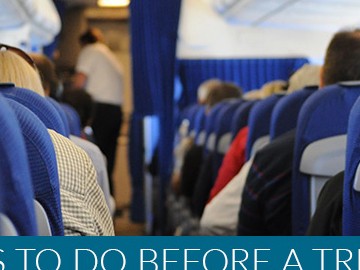 10 Things I Always Do Before Every International Trip

As I was writing out one of the million lists I make each time I travel – packing lists, flight options, lists of hotels, attractions, budgets, etc. – I realized that there were steps in my prep that have become second nature to me, but may not be for you. So I put together a list of 10 things I do before every international trip. 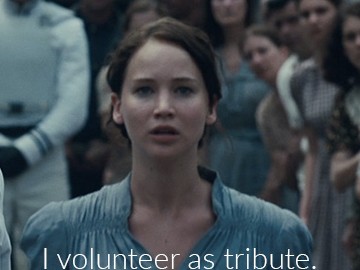 The One Time Getting Bumped From My Flight Was Actually Great

Have you ever been bumped off a flight? If you’re in the US, it doesn’t have to be so bad. Recently I was bumped off a United flight from Newark to Newfoundland and it actually turned out to be a pretty great thing. 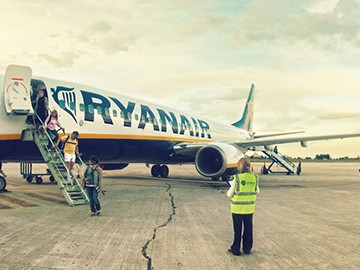 When you think of budget airlines I bet Ryanair is one of the first ones that comes to mind, isn’t it? They advertise prices so low that you figure they can’t be true. Well, they are…sort of. Flying Ryanair can be cheap but it can also test your fine print reading skills and the limits of your patience. Make a wrong move and it could cost you. I recently made my first two trips with the discount carrier and I wanted to share a few things I learned. 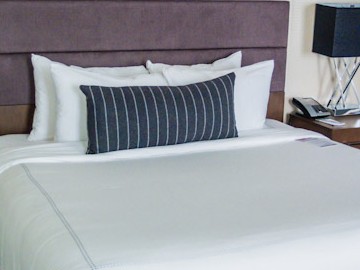 How to Make Your Home Feel Like a Chic Hotel

I’m going to let you in on a not-so-secret secret. I love hotels. Staying in a nice hotel is one of my favourite things. Maybe it’s the free cable. Maybe it’s the lack of housekeeping responsibility. Maybe it’s the tiny soaps. I sometimes think about how I can bring that hotel feel back home with me. So I came up with a few tips. 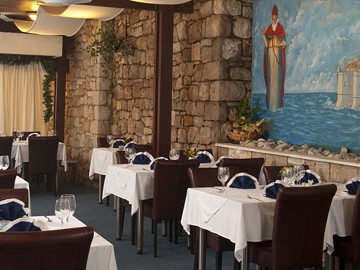 How to Kick Ass at Dining Solo

A big hurdle for first-time solo travellers is eating alone. It may even keep them from travelling at all. Will people judge us and our table for one? Will we get poor service? How will we occupy our time before the food comes? Never fear. I’m here to show you how to kick ass at dining solo. 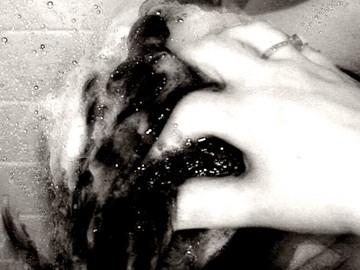 These days, whether you’re a carry-on only traveller or one who, like me, has a bad habit of packing a suitcase full to bursting, finding products that can do double duty is always great. Today’s find isn’t even one I was out hunting for which made the discovery even better.