What do you do when you’re in a foreign country where you don’t speak the language but you’ve decided that you absolutely need to get your hair cut? When this happened to me, it all came down to hand gestures and a driver’s license.

I love long hair. I love how it looks and I love how it gives you so many styling options. I don’t, however, always love long hair on me. Every now and then I attempt to grow my hair out and inevitably when it reaches a certain length it gets flat and tangly. In theory there are countless ways for me to style my long hair, but in reality I’m all thumbs so end up with just two styles: straight and down or up in a plain ponytail.

When I set out on my first trip around the world in 2012 my hair was past my shoulders. I had used a drugstore box dye a few weeks before to go dark brunette and my hair didn’t like it at all, becoming very brittle and tangly. Rookie mistake. Box dyes are evil. Now I mainly trust Aveda for my colour. 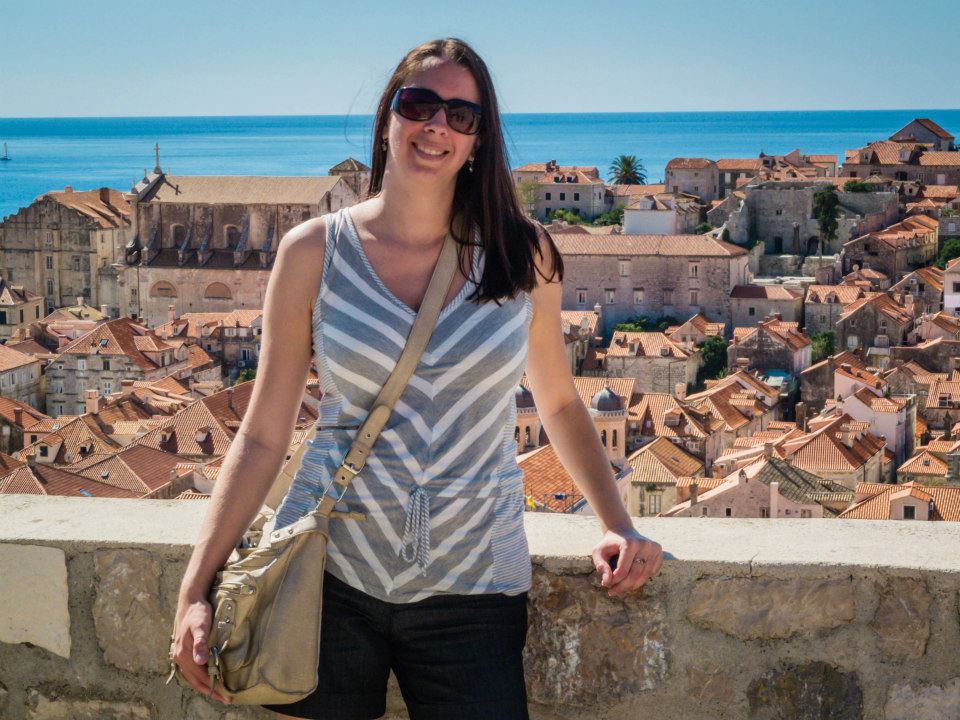 The plan was to spend 5 days in Croatia, two weeks in South Korea, then 3 days in Tokyo before circling the globe to come home again. Three different countries, two continents, and more hours spent on dry airplanes than I care to think about.

On top of product damage, dealing with my fine hair in a new climate without my usual shampoo (this was before I discovered GoToobs and decanted my at-home products) or styling tools was driving me to the brink of madness. It was frizzy, but limp. Whenever I tried to brush, I’d end up with so much broken off hair in my brush that I was worried I was going to go bald.

The wind and saltwater during my days in Croatia didn’t help matters. I mainly kept my hair in a ponytail for that part of my trip and tried to minimize the frustration. I travelled on to South Korea, where after a couple of days, I snapped.

I woke up one morning and thought, “I have to get it chopped off today.” I couldn’t go one more day with the tangled, dry mess. A spontaneous haircut would’ve been fine except I was in Korea. Not only that, but I was in a small city in Korea visiting my then-boyfriend. 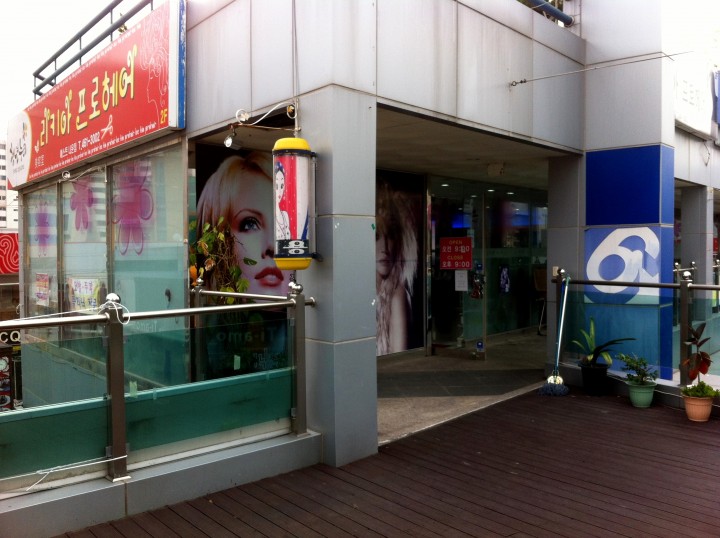 That didn’t deter me. I tried to Google for local salons but couldn’t really make heads or tails of the map results since the place names were all in Hangul. I did learn that you can spot a salon by the spinning barber shop style pole outside with a picture of a cartoon girl on it.

If you see two striped spinning barber shop poles, keep walking. It’s not what you’re looking for. Trust me.

My plan was to just walk around Gunsan and keep an eye out for the cartoon girl. Surely I’d find one. I suppose I could’ve asked one of my guy’s female co-workers where they went, but that would’ve been too easy.

So a wandering I went.

As I was sitting in Dunkin Donuts in a little outdoor shopping complex having my breakfast I happened to look up through a window and bingo! Salon! Well, that was easy.

After finishing my sweet potato latte, I tentatively walked inside and saw that there were two women working but no customers. Hmm… sketchy? I decided to go for it anyway since I only wanted a simple bob.

I pulled out my friend’s battered Korean phrasebook and awkwardly said “ee-bal? 이발?” The two women seemed confused so I started miming cutting my hair using my fingers as scissors. Oddly enough I had been having a good hair day on the day I renewed my driver’s license so I pulled out the card and pointed to it as the example of the cut I wanted. They looked at the photo and back at me, still miming cutting hair with my finger scissors. Eventually they figured out what I wanted, smiled and said, “Ah! ok! Ok!”

Now I was committed. Maybe I should’ve been committed instead. I just sat still with a small nervous smile plastered on my face while they draped me in a cape and started spritzing water on my head. I really hoped they wouldn’t butcher my hair. I got a bit nervous as more and more hair fell to the floor but it was too late to change my mind. 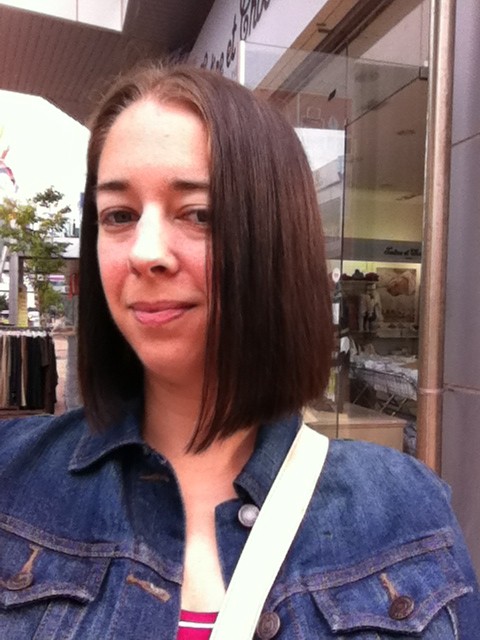 In the end, it was a good cut, if a little shorter than I wanted and a bit blunt. A slightly angled bob that fell above my shoulders. No more tangles! My head felt so light.

I had neglected to find out how much they charged before I sat down so I was really pleased when one girl rang me up and the total was 10,000W (about $9.30 CAD). This cut lacked some of the finesse and layering that my guy back home does but it was also about $50 cheaper. I bounced out of there, swinging my hair with a big grin on my face. I felt sassy.

It was a small thing but I was so proud of myself for managing such a pedestrian task despite the language barrier. Sometimes it’s the small victories that matter when you’re traveling abroad. If I can get a haircut in a Korean salon with no English, I can do anything!

I think the best advice I could give for someone else in the same situation is to have a photo of you with the style and length that you want. Next time you get a haircut that you like, take a few photos from different angles and store them in your phone. That way you’ll have a reference if you’re in need of a trim while overseas.

Have you ever had to take care of something abroad that you don’t think twice about at home?  How did it go?